Is this how the DNC Ends? 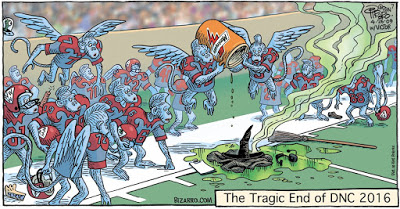 Facebook
Twitter
Pinterest
WhatsApp
Everybody spoke of the glass ceiling being broken…and in a fit of good will the flying monkeys squash the hopes and dreams of progs everywhere. (h/t Grunt)

It turns out that Debbie Wasserman Schultz was squashed like a bug on the alter of progressiveness for nothing…
We all thought that Hillary Rotten Clinton would take a victory lap on her broom, maybe demand that Dorothy surrender or something spectacular like that, but those thoughts were obviously premature. 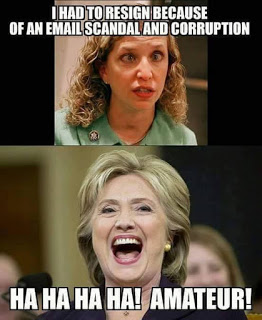 Then there is the whole black gags matter crew who felt that the fix was in from the beginning. Welcome to the Democrat machine sunshine! Cash and power matter these days. I can’t believe that the Oregon Delegation was shocked that the Democrat Party system was completely rigged from day-one. If Hillary can buy the FBI off (yes, YOU Director Comey), directing her flying monkeys to fix the nomination was no big thing.

The decision when it comes to an election could never be more clear, yet the mainstream media (a wholly owned subsidiary of the DNC) continues to shill for Hillary.

I get a kick out of the Russian hack of the DNC e-mail. So much for Hillary’s reset with Russia.