Is Russia Changing its Economy? 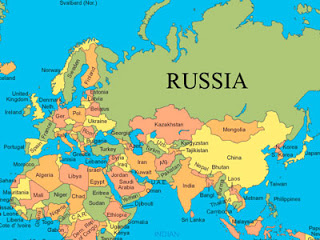 Facebook
Twitter
Pinterest
WhatsApp
Russia is nine time zones long. Savage winters make rail the only way to move goods to market reliably all year long. State owned industries often operate at a loss. Siberian oil had become the savior of the Russian economy as had their monopoly on oil and gas shipments to an energy hungry Europe.
Oil is not working out for them as they had hoped. Falling oil prices have led to a ten percent reduction in state-generated revenue in Russia. As a result, the Russians are following an example set by the Baltic states of Estonia and Latvia, by balancing their budget, cutting back the size of government and selling off state monopolies.  Imagine that.
Strange as it may sound to American ears, Vladimir Putin said that he wanted to improve the efficiency of the state-owned companies that are vital to Russian infrastructure as only private ownership can, according to a report by Tass. Russia’s Economic Development Ministry issued a list of state-owned and controlled companies that could be put on the block: Rostelecom, Transneft, RusHydro, Aeroflot, Rosneft and Sovcomflot. They would like to see their stocks traded on a Russian stock market, owned by in large by the man on the street.

Oil prices are falling not just from a glut of crude and the decline of China, but also from the emergence of fracking and a little-known decision by the Republican-led Congress to allow the export of U.S. oil to Europe. This breaks Russia’s energy monopoly and pricing power there, and Putin knows it. He’s ready to touch the third rail of Russian politics: privatization. With a dismal one percent growth forecast for Russia in 2016 (roughly the same rate as the US economy is growing under Barack’s leadership), they need to do something.
Privatization will not only give Russia the fiscal sustainability it needs, it will also help it develop and diversify its economy from oil and put the talents of its highly educated population to its best uses — away from the state. The Russian privatization efforts in the late 1990’s proved to be a disaster because it led to oligarchs looting the country eight ways from Sunday and stashing the money in Switzerland. They are determined not to let that happen this time. I don’t blame them
Will Russia become a nation of shareholders, creating wealth? Putin sees that as one of several moves to address public protests over the state of the Russian economy, the falling ruble, the absence of foreign goods in shops. The effects of sanctions that make it difficult for Russians to travel abroad or use credit cards are being felt on the street. While Russia is not willing to pull back in some of its adventurism abroad, which is popular at home, it may be changing how it views limiting the size and scope of government control over major industries as it sheds another layer left over from the disastrous Soviet Era.
I find it strangely odd, that Russia is moving to divest itself from state-owned business and central control at the same time as many in America want to elect people like Bernie Sanders, a socialist/communist to office. Sanders believes that the government forced redistribution of wealth (causing people not to work as hard as capital flees the USA) is the solution.  At present (pre-Bernie) 71% of all government income is destined for entitlements or to service the massive $19 trillion debt. It’s unsustainable in the US – just the same as it is in Russia.
A free market is the only way to generate wealth that spreads to all segments of society. Russia may be trying to do what most in the US do not want to do.