How Juicy Can it Get? 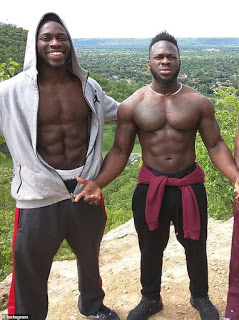 Facebook
Twitter
Pinterest
WhatsApp
Juicy Smollett has been Re-Indicted
(link) The race baiting D-List actor may be looking at some serious time on this go-round, but it’s Chicago. A year ago, you’ll recall that Juicy was charged with a sixteen count indictment with over fifty years of criminal exposure when Illinois State Attorney Kim Foxxx dropped the charges, announcing that she’d received enough cash under the table and that convinced her that Juicy had suffered enough.
Juicy runs in the right Chicago circles with the Reverend Jessie Jackson, the Obamas, Oprah and other luminaries. Apparently that sort of ‘juice’ wasn’t sufficient for Juicy. It’s always better if you’re black if you can say that two white Trump supporters beat you within an inch of your life. When it comes out that it was nothing but a hoax (much like the impeachment hoax and the Russia hoax), what can you do except to funnel funds to somebody like Foxxx? Of course Foxxx asserts that she only wanted what was best for young Juicy. There is more than one way of looking at all of this. That must be what the investigation team that brought the matter to an Illinois Grand Jury was thinking.
Will Juicy outrun the law again this time?