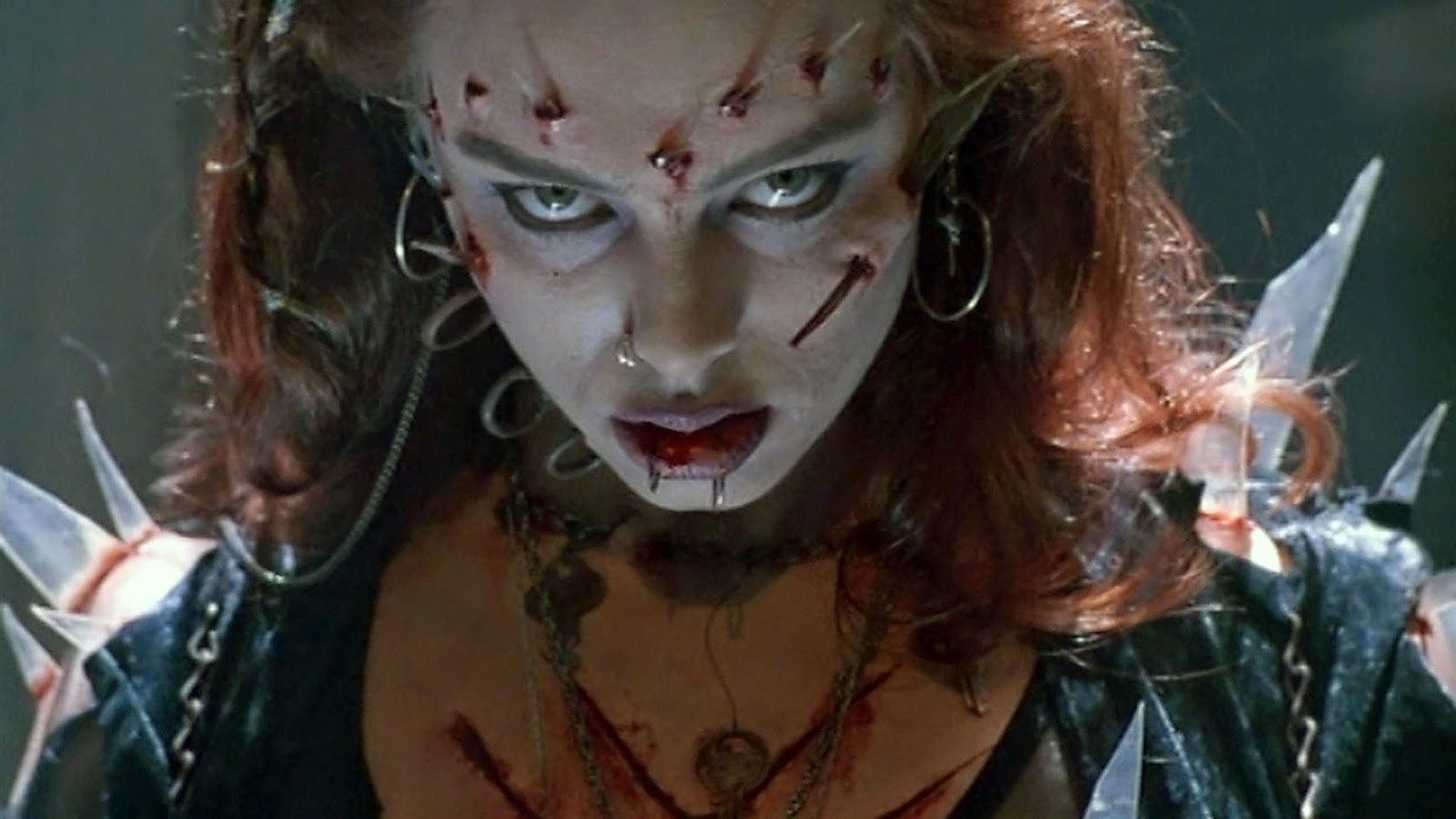 The well-worn book had been dog-eared on nearly every page. That’s not to say that every page had something significant on it. It had simply been passed from hand to hand so many times and the grit and grime of so many readings had been deposited on it that readers felt comfortable abusing the tome’s pages as they saw fit.

A space ship that looked disturbingly like a toilet plunger landed in Central Park in New York City (because it’s either there or Tokyo), a door opened at the bottom of the object and out came vampire zombies, that ended up consuming most of the people in Manhattan until a scientist came up with a unique countermeasure. That’s the plot of Vampire Zombies from Venus in a nutshell.
The science fiction novel had a number of homes over two years. It rested on the shelf in the privy, on a table in the plywood mess hall, buttressed by green sand bags and it ended up on my desk. My desk sits in a windowless bunker astride a ridge on the Afghan side of the Hindu Kush. The nearest city is Chitral, Pakistan and that’s about thirty-five miles as the bird flies, and at least one hundred miles on foot. I am a squatter in what is presently the home of the 4th Brigade Combat Team. To break it down for your further, this outpost is currently manned by B Company, 2nd Battalion, 30th Infantry Regiment. But I’m not with them. I’m currently a first lieutenant, detached to 4th BCT from the United States Army Civil Affairs and Psychological Operations Command.

People have asked how I ended up with a brigade combat team literally in the middle of nowhere, taking mortar fire inside the perimeter almost every single night. I tell them that I’m a lean, green, fighting machine ROTC graduate and that I volunteered for the toughest that the US Army could throw at me.

Yes, I lie. While a second lieutenant on leave from my cushy Pentagon job where all I did was fetch doughnuts and brew coffee, I met a lady who I became romantically involved with. No, I didn’t know at the time that she was a major general’s young trophy wife.  When she tearfully announced her intentions to leave him, his response was not directed at her in any way. He didn’t want the public scandal and I took it like a man. So I’m reading Vampire Zombies from Venus, looking forward to the next MRE meal. The great thing about the Meal-Ready-to-Eat is that the pre-packaged rations are designed to last at least as long as a Twinkie – which is to say that I will die of old age before they do.
Frankly, I’m trying to make the best of it. The next book has an unusual title, Imperivm Neptvni Regis, (The Empire of King Neptune). I’ve been trying to get The Grey Man, but the grunts keep taking it on patrol and passing it around. It’s like trying to pry a bone away from a pit bull. I can’t get too nasty about it and pull rank because they cover my sorry ass when I go out beyond the wire to win the hearts and minds of people who really hate us.
I thought that I was tough. Not hardly, at least not then, when I graduated from the University of Virginia’s ROTC program. Maybe now, after two years in this hell hole? I’m not the one to judge. Introspection doesn’t work when you’re trying to evaluate toughness. Toughness is earned. It has to be earned. You can be naturally smart and naturally athletic. You can be born with every advantage. But when you’re getting shot at, none of that matters. All that matters is the work you’ve put in, the skill you’ve acquired, and your willingness to fight though it all and never quit, no matter what. When I’m taking my turn on the wire and shoot the people whose love I’ve been trying to garner (who are in turn shooting at me), I feel more vulnerable than tough. While I hunker in the bunker, I have Vampire Zombies from Venus to keep me company.
And I wax philosophical these days. I realize that back home, the nation is working hard to raise a generation of weaklings. Kids aren’t allowed to lose so there is a trophy for everyone. Hurtful words are now being equated to physical violence, which is comical. We go to war and half of one percent of the population answers the call over eleven years. Taxes are not increased to cover the two wars we were engaged in so the average citizen doesn’t suffer at all. Politicians connive to borrow money instead of allowing the people to feel the economic pain of war. To be honest with you, I didn’t get it until the Chinook dumped me and some crates of ammo and food off the ramp here on this ridge. Being here has a way of clarifying things far better than being a coffee and doughnut officer, living in the Pentagon’s bachelor officer’s quarters and banging a general’s hot wife.

There is no alcohol allowed in Afghanistan because it’s a Muslim country and its mere presence offends our gracious hosts. As an officer and the outsider with B Company, I am tasked with enforcing the regulation. Before it was B Company, there was E Company. My tenure transcends their rotations. Therefore I maintain the still. My family is from Richmond and even though Southerners are all supposed to know how to make bootleg hooch, it took a young private from Kentucky to construct the machine and show me how to turn canned corn into something truly amazing.

There is something transcendent about being drunk on  white lightning in a windowless bunker in the Hindu Kush, taking mortar rounds and reading Vampire Zombies from Venus for the fifty-third time – knowing that if I’m caught running a still, any place they put me including the military prison at Ft. Leavenworth, Kansas will be a step up.

Night is coming, the patrol is coming in carefully. There has been no sniper fire today, which is why we expect a heavy shellacking from 120mm mortars tonight.

“You got Vampire Zombies from Venus?”

“Swap me for The Grey Man and a jar of pop skull?”

A Latrine in Indochina
The latrine constructed of pine bracing and plywood. A two-holed, it sat suspended over two sunken fifty-gallon oil drums, its smell familiar, its lure driven by need.
He kept the rifle, but dropped the ruck, walked in, unbuttoned his trousers and sat on the flat plywood seat worn smooth through use. His M-14 rifle, wedged against a block of wood nailed to the door, provided the locking mechanism. “Occupied”
Someone had stenciled Property of the US Navy on the inside of the door, reminding them who owned them and whose latrine this was. On ships they were heads, on land, no matter how much the navy tried to hold with tradition, they were latrines. The word latrine interlinked the sailors and the grunts on the ground in a way a head never could.
Privacy, a place to think, undisturbed. Flies bounced against screened windows trying to get in. Distant helicopter rotors chopped the air, muffled morning coughs, laughter, metal banging metal, and more light through the screened windows. A PBR on the river started its engine in the distance. A radio clicked on playing popular music through a cheap speaker that yielded a tinny sound. Martha and the Vandellas crooned, Nowhere to Run.
The latrine provided a bulletin board, a barometer showing the mood of the men. As an officer sitting in the enlisted latrine, he read what the men were thinking and filed it all away. Careful! I sublet the basement to a gook; Ensign Turner can suck my dick; and there were also the unheralded poets, I come here to itch my balls, and read the writing on the walls. Some of the writing could be attributed to an author: Article Fifteen this, asshole — accompanied by a crudely drawn phallus, clearly the work of Machinist Mate Second Class Troy Nelson, recently hauled before a captain’s mast. Killing for peace is like fucking for chastity, Lieutenant Commander Atwood. Atwood, a ring knocker on his way to admiral, delivered a rousing “why are we here” speech two days before.
Having perused the angst and frustration of others who also sat and shat, he pulled up his trousers removed the M-14 from its position and pulled the door inward, stepping onto the planking with heavy boots.
He didn’t think any place could top a reeking navy latrine, but he always knew that he erred when he stepped through the plywood door and let the spring pull it closed behind him.
Once out of the privy, the jungle surrounded him. Thick green in every possible shade. Growth and decay backed up by jungle sounds that were quite apart from the human stain created by the navy’s presence. The smell of chlorophyll masking rot on the shore of a muddy river, languid as a mill pond. Itching jungle, wet, dripping tangled jungle, a maze that could swallow you forever without a compass and some idea of where you’d been and where you wanted to go. Big spiders, deadly snakes, monkeys and endless, thick swarms of blood sucking insects…and beyond them, the war. 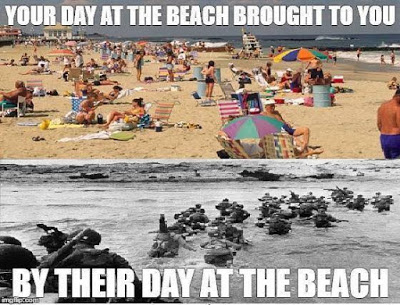