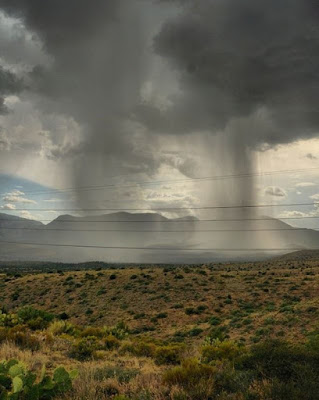 Facebook
Twitter
Pinterest
WhatsApp
A flash flood about 1,500 ft lower in elevation than the White Wolf Mine (WWM), but within about forty-five miles of the property hit national news because it wiped out a family who was swimming in one stretch of the upper Verde River.
National news picked up on it, and I’ve waited to share the footage until we knew the total body count. Ten people were killed, and a few more (including a dog named “Lucky”, escaped with bruises.

The Central Arizona highlands are very wet during the late summer because of the annual monsoon. It’s not uncommon for flat-landers to flee the summer heat and swim in some of the ponds and pools that exist in the slot canyon rivers that I and others like to fish in. There are number of waterfalls that you can ride over slick rock down into pools below that can be as deep as forty or fifty feet.

City people often walk up Fossil Creek and then drown in non-flash flood water because they can’t swim. Don’t ask me to explain it. Self-given Darwin Awards. The Gila County Sheriff’s Department has go up and remove the bodies and ‘rescue’ the distraught relatives.

But no matter who you are, you need to watch the weather. Up stream cloud bursts can complicate your day.

A couple of days ago, this particular flash flood hit about 3 pm, which is typical in terms of time-of-day for cloud bursts. The rain pattern is very normal. The WWM gets between 8 and 12 inches of rain on an annual basis in July-August. This year it may be closer to 16 inches of rain as global warming has led us to cooler and wetter weather. Last year’s snowfall set records. 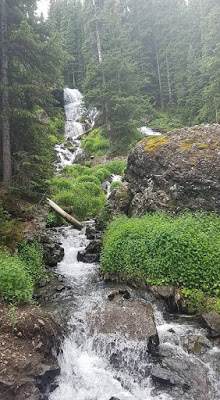 The photo (above right) shows a cloudburst yesterday, about six miles south of Payson, AZ and illustrates how the volume of water can generate flooding. The photo (left) illustrates a rush of water down the WWM canyon that is about as large by volume as it’s likely to get. 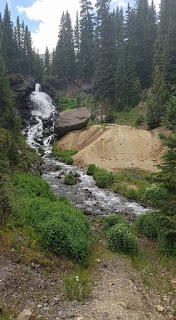 The WWM is on bedrock, in the pines, just down from a ridge line. Because we’re just about as high as you can go in elevation in the area, the momentum of flooding is not as significant on the property (which extends from the ridge about a quarter mile into a canyon and up the other side), as it is in other areas. Fishing is from dawn to noon and after that, best head home for lunch and a nap while the rain falls on the hovel’s metal roof. At night, the air, now cleared, shows the stars in all their glory in a region (Southern Colorado Plateau) that is not polluted by light from cities. 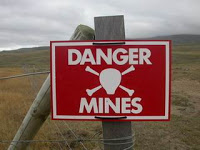 However in an area that has been mined in the past, there are piles of tailings. Those will be planted upon next spring to mitigate everything. Then I have to post “Warning MINES” signs around to keep the hikers from trespassing. I realize that in the flat land people might think that signs like that are a joke, but in the remote high country, they don’t. I don’t define what sort of mines they are, but people tend to think in terms of worst case.

After the sand people built a mosque down the street from my house in my nice neighborhood – essentially forcing a move at some point because many people don’t like their culture and have been moving out, I really don’t want more sand people up in the area of the WWM. 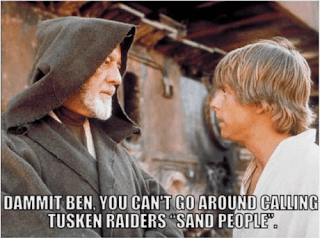