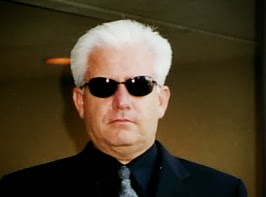 Facebook
Twitter
Pinterest
WhatsApp
I am a fifty (mumble) year-old male who does not need health insurance that covers maternity care. However, the Affordable Care Act requires that I maintain a current maternity care rider on my health insurance. There are very few fifty-something and older people in America who require maternity riders on their healthcare policies, however Barack Obama (and friends) have mandated that I have such coverage.
When White House Press Secretary Jay Carney and others smugly require that I have maternity insurance or I’m somehow insane, I call “balderdash.” “We canceled your plan,” explained Jay Carney, “because it was substandard. We have a better idea.” Right. The government in its wisdom knows that I need maternity care. The same government that facilitated the Fast and Furious program to try and engineer gun control – the same government that set the IRS on Obama’s political enemies – the same government that abandoned American’s at Benghazi and then lied about it for weeks in the hope that it would all be swept under the rug.
The Kaiser Family Foundation predicted today that roughly one third of all employer paid policies will be revoked and new Obama-safe policies will replace them at a cost of roughly 20-30% more money with higher co-pays. People who pay for themselves will experience roughly a 100-150% increase in cost with higher deductibles.

By the beginning of December, millions of insurance policy cancellation letters will be received by people who had been assured a dozen times by the president that “if you like your health care plan, you’ll be able to keep your health care plan. Period. You can keep your doctor. Period. You can keep your hospital. Period.” On the lie scale, it’s a Whopper.
Obama and friends knew all along that if you force insurance buyers to overpay for coverage that they don’t need, that money can subsidize other people. Remember that the Supreme Court ruled that ObamaCare is only Constitutional if it’s construed to be a tax – and that’s why I apparently need maternity care – to pay for somebody else who is having a child.