Home Blog Post apparatchiks
Facebook
Twitter
Pinterest
WhatsApp
There is a new class of individuals that have emerged during the Obama Administration that exist under the ‘czars’, and I’m classifying them simply as party apparatchiks.

Apparatchik (plural apparatchiki or apparatchiks) began as a Soviet Russian colloquial term for a full-time, professional functionary of the Communist Party or government, i.e. an agent of the governmental or party “apparat” (apparatus) that held any position of bureaucratic or political responsibility, with the exception of the higher ranks of management called “Nomenklatura”.

Apparatchiks are not  people with grand plans, but they are creatures of a hundred carefully executed details. It is often considered a derogatory term, with negative connotations in terms of the quality, competence, and attitude of a person thus described.

In Soviet Russia, members of the “apparat” were frequently transferred between different areas of responsibility, usually with little or no actual training for their new areas of responsibility. Thus, the term apparatchik, or “agent of the apparatus” was usually the best possible description of the person’s profession and occupation. 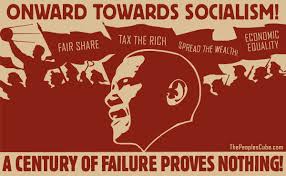 You can see them in every government office at almost every level. I had an issue with government about two weeks ago and went into the building to speak with somebody to try and deal with their complaint personally. The mindless drone who sat at the reception desk wouldn’t allow me to speak with anyone personally. She handed me a telephone so that I could speak with the apparatchik in an office no more than twenty feet away. I knew that the apparatchik was close because I could hear her voice (outside of the telephone) when she spoke. In this case, it didn’t work out well for this particular apparatchik because I used to be a ‘something something’ and appealed the matter to a member of the nomenklatura (much bigger boss) who knew me and dealt with it on my behalf.
Apparatchiks are all exempted from odious government programs such as ObamaCare. (members of the Party must be exempted from the pain and grief that they dole out onto the ‘great unwashed proletariat).
In the burgeoning government class, you can readily identify apparatchiks because they can hide behind a myriad of rules and regulations. The US Internal Revenue Service is completely packed with apparatchiks.

(Yahoo) At nearly 4 million words, the U.S. tax law is so thick and complicated that businesses and individuals spend more than 6 billion hours a year complying with filing requirements, according to a report Wednesday by an independent government watchdog.

That’s the equivalent of 3 million people working full-time, year-round. “If tax compliance were an industry, it would be one of the largest in the United States,” says the report by Nina E. Olson, the National Taxpayer Advocate.

Now with the government taking control of every aspect of the healthcare industry, you’re going to have to deal with an apparatchik if you plan on navigating the system for yourself or for someone you love who is ill. There is nobody on the planet more useless than an apparatchik (think “empty chair”). A lot of them working together built the ObamaCare website – and even with four years and an unlimited budget, they couldn’t create one that worked. In the future, those people will be responsible for filling your prescription (correctly).

You can buy your freedom from unpleasant government regulations and avoid the apparatchiks. 1,200 corporations and special interest groups were exempted from ObamaCare. All they had to do was to donate heavily to the Party. (all pigs are equal but some are more equal than others)
Historically in America, the Stamp Act (1775) was thought up by the nomenklatura and administered by apparatchiks. The result can be examined in history books.
Nobody hates the private ownership of firearms more than the apparatchiks. They are a disturbing reminder that sovereignty does not rest with them, but with the People. And we know that the people are not “qualified” to be armed in any progressive “crime free” paradise such as Chicago, Illinois, where the doctrine works perfectly. (the nomenklatura always surrounds itself with “lawfully armed” guards to protect themselves from those they rule.
Just look around you. The government under President Obama has nearly doubled in size. There are literally more government workers in many parts of America then there are people working to keep them in office. Apparatchiks need to be well paid because they need to be happy. They can’t be fired, and any major screw up will result in a ‘transfer’ to someplace else where they will be equally useless.