Hillary and her favorite Weiners 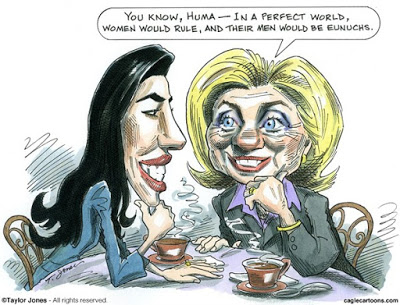 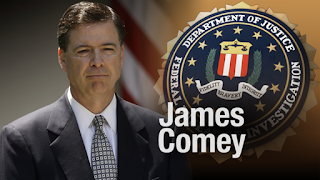 Headline: FBI reopens Clinton criminal investigation after new emails found in Anthony Weiner case
It’s 10 days before the election and Director James Comey may be showing that he has a spine…or maybe not. Could he be trolling for an even bigger bribe?
Time will tell. 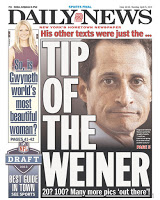 Meanwhile some cynics suggest that Hillary Clinton may have offered disgraced US Congressman, Anthony Weiner the job of Attorney General in a Clinton Administration. If true, how will that play with the promise that we know has been made to Loretta Lynch, long time Clinton friend (and co-conspirator)?
To find answers, Virtual Mirage’s investigative staff called the Clinton Campaign Headquarters in Orange County, California and spoke to ‘Erasimo’, who would not give his last name. Erasimo claimed not to have details about the potential appointment of Huma Weiner’s husband (who isn’t a lawyer) to that auspicious post, held by the perjured Eric Holder.
Our probative questioning went to the press conference that candidate Clinton had yesterday, where she was heard to “cackle” after she left the podium. Erasimo said, “(ha ha) She definitely did cackle, you’re right there, but it was because she know she gonna win and when she do, dey be a lot more cackling.”
There you have it. A confident Hillary Clinton and a staff confident of a Clinton/Weiner victory. 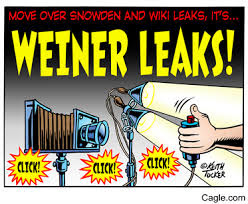 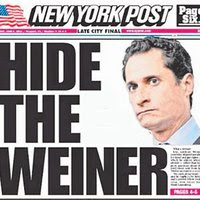 I don’t know what Hillary is saying about the leaking weiner problem tonight. I’m guessing that she chased a couple capsules with a stiff drink and is snoring, curled up next to Huma Weiner. However I’m not so naive as to think that they can hide the weiner at this point. In any normal election cycle, Anthony Weiner would shoot himself in the back seven times with his revolver and the FBI investigation would rule it a suicide. After which the FBI Special Agents would have their wives run for office and would each receive half a million dollars in cash. That’s just how it’s done these days. 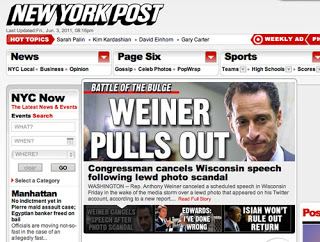 Ok, I know that the FBI doesn’t investigate suicides of that sort. But at the highest levels there’s some very weird stuff going on. It’s not a great time to be part of the FBI, an institution that has become a national symbol for political crony corruption under Director Comey. The FBI needs a shake up that cleans out the viper’s nest at the top and includes a new definition of who they hire that is not based on “diversity quotas”.

Maybe just hire on qualifications and character – with an eye toward ETHICS.