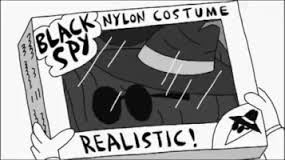 Job Opportunity?
For all of you blog readers who have great espionage plans that have been denied implementation (screwing up your opportunity to have a chip in the big game), Israel’s Mossad intelligence agency is offering grants up to 2 million shekels ($570, 000) per project as part of an investment fund to help develop new espionage techniques. (more here) You will not be denied “Old Whore” status any longer. 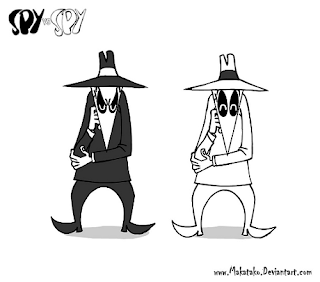 Mossad is seeking technologies in various fields that include robotics, miniaturization and encryption and automated methods of gleaning information from documents, according to a government statement released Tuesday.

A statement by the new fund, called Libertad, said it would be willing to give grants of up to 2 million shekels per project in exchange for non-exclusive rights to the technology, according to Japan Times: “The Mossad wants to encourage innovation and creation of groundbreaking technology…the technology developed will be implemented by us, in cooperation between the parties.”

Everything you Ever Wanted to Know about China’s New Intelligence Law
(link) China’s new spying law went into effect on June 28, after it was hastily passed by the legislature.

In a nutshell, the National Intelligence Law gives authorities sweeping powers to monitor and investigate foreign and domestic individuals and institutions. It allows Chinese intelligence agencies to search premises, seize property, and mobilize individuals or organizations to carry out espionage. It also gives intelligence agencies legal ground to carry out their work both in and outside China. Those violating the law will be subject to detention of up to 15 days, and can be charged with a crime.

North Korea launched a ballistic missile mid-morning local time on 4 July. In mid-afternoon, it declared that the missile was an intercontinental ballistic missile (ICBM). The announcer identified the missile as the Hwasong-14 and said North Korea now possessed a missile capable of striking the US mainland.
The announcer said the missile flew for 39 minutes. It reached an altitude of 2802 kms/1731 miles and splashed down in the Sea of Japan 933 kms/579 miles down range. Allied monitors essentially agreed with the North Korean data.
Kim Jong Un did it all.

The Korean Central News Agency published a paean that attributed the success of the missile flight to Kim’s personal oversight. Major excerpts follow.

“The scientists and technicians of the Democratic People’s Republic of Korea (DPRK) Academy of Defence Science on 4 July successfully carried out the test-launch of the inter-continental ballistic rocket Hwasong-14, newly developed by them under the personal guidance of Kim Jong Un, Chairman of the Workers’ Party of Korea, Chairman of the State Affairs Commission of the DPRK and Supreme Commander of the Korean People’s Army.”

“Respected Supreme Leader Kim Jong Un supervised the test-launch on the spot. Over a few days ahead of the test-launch, he frequented the place where the general drive for assembling the rocket was underway and meticulously guided the scientists and technicians in their busy preparations for the test-launch.”

“Feasting his eyes on the newly made inter-continental ballistic rocket Hwasong-14, he stressed that the protracted showdown with the U.S. imperialists has reached its final phase and it is the time for the DPRK to demonstrate its mettle to the U.S. which is testing its will in defiance of its warning.”

“The test-launch was aimed to confirm the tactical and technological specifications and technological features of the newly developed inter-continental ballistic rocket capable of carrying large-sized heavy nuclear warhead and to finally verify all technical features of the payload of the rocket during its atmospheric reentry including the heat-resisting features and structural safety of the warhead tip of ICBM made of newly developed domestic carbon compound material, in particular.”

“…He (Kim) stressed that the DPRK would neither put its nukes and ballistic rockets on the table of negotiations in any case nor flinch even an inch from the road of bolstering the nuclear force chosen by itself unless the U.S. hostile policy and nuclear threat to the DPRK are definitely terminated….”

The North Korean propagandists included technical details for the benefit of US and Allied missile experts. The description suggests that most of the major components of an ICBM weapons system have now been tested. This is the first time that the North Korean media were allowed to mention the development of the second stage of the Hwasong-14.
The experts agreed that in a normal trajectory the missile can travel the distance to Alaska. At the recent pace of North Korean improvements, the next iteration of a Hwasong missile will be able to travel farther. The North Koreans appear to have mastered the ICBM launch and flight technology.
What is striking is the leadership’s confidence in launching on the 4th of July. North Koreans know the date is special to its arch-enemy. They were undeterred by the potential for failure or the risk of a success that landed in Japan.
They launched a missile almost straight up. It reached an altitude of more than 1,700 miles and splashed down less than 600 miles away without hitting Japan. That takes hubris as well as confidence in flight control. North Korea never had the technology for such precision under the earlier Kims. The pace of development has been exceptionally rapid. That suggests North Korea has discovered a missile systems savant or two or is the beneficiary of significant outside technical assistance.
During the Clinton administration when US Department of Energy scientists were living in Yongbyon to monitor the frozen graphite-moderated reactor, the US did freeze the Yongbyon reactor and the long-range missile program. US Secretary of State Albright met Kim Chong-il in Pyongyang in October 2000. The US missed an opportunity to make those freezes permanent. That missed opportunity has had the long-range consequences witnessed on 4 July 2017.
Russia and China issued a joint statement. The following item was posted to the website of the Russian Ministry of Foreign Affairs.
“The foreign ministries of Russia and China have issued a joint statement voicing concern over the latest missile launch by North Korea.”
They called it ‘unacceptable’ and urged Pyongyang to suspend nuclear and missile tests. The statement said Russia and China were ‘seriously concerned over the Democratic People’s Republic of Korea (DPRK) statement of 4 July this year about the launch of a ballistic missile, and believe that this statement is unacceptable and that it runs counter to relevant UN Security Council resolutions.
The Chinese formula does not get better with repetition or from gaining Russian President Putin’s backing. North Korea gets rewarded for its violations of UN Security Council resolutions with a reduction in Allied combat readiness, while its missiles and conventional forces maintain their combat readiness. That is an invitation for a North Korean attack on South Korea.
In the Chinese formula, South Korea is penalized and is subjected to increased risk of war for abiding by UN Security Council Resolutions from the 1950s.
Based on Kim Jong Un’s statement after the missile success, above, North Korea appears unlikely to suspend the missile and nuclear programs for any reason other than a South Korean and US surrender.