Future of the US Navy (a rant) 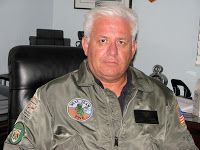 Facebook
Twitter
Pinterest
WhatsApp
Please allow me to put on my retired US Naval Officer persona for a moment and express an opinion that nobody will read – but I need to get it off my chest. 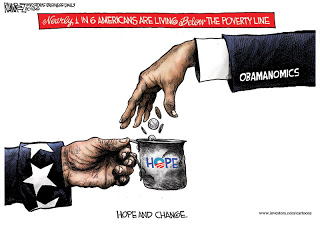 The US is broke despite what you see around you. One in six Americans live below the poverty line. One in six Americans collects food stamps from the government. The hope and change was a bad joke foisted on the vulnerable and the greedy, both of whom found it hopeful to pick somebody else’s pocket for their own gain. Sadly, that’s not how the world works and it’s not how wealth is created.
The US must build more US Naval ships and even the defense averse Obama Administration which would rather buy votes than ships, grudgingly accepts that. One of the problems with the current batch of admirals is that the litmus test for the second star and beyond is one of political correctness. Are you a Democrat? If the answer is yes, you get the star(s). If no, be content with the silver eagle or maybe one lonely star.
Who is planning for our naval future? The Obama Admirals. It doesn’t mean that they’re all hopelessly incompetent. It simply means that the don’t want to buck the system in the slightest degree. There are no George Pattons or Bull Halseys among them.
This is the overarching plan that began with the Bush Administration (it takes a long time to build a fleet).
The only one of these ships to be built is the Littoral Combat ship, which is worthless against

submarines, the package to attack small surface craft is still under development and it’s mine warfare mission consists of having its two helicopters hunting for mines. Which means among many other reasons, while the ship looks impossibly cool, it’s a waste of money. The Obama Administration scrapped the CG(X) program. The DDG1000 program was folded into an upgrade of the Arleigh Burke Class Destroyers (the Flight III Arleigh Burke platforms now under construction [due for completion in 2016] and envisioned for the future with a scaled down version of Air Missile Defense Radar – a follow on to the phased array Spy 1). We’re not building many destroyers, but we are building some and that’s a good thing. Even though President Obama characterized the Navy as an anachronism during the last campaign, all it takes is a fat little dictator in a tin pot country threatening to light off a nuclear weapon to bring the need for a blue water navy back to the table.

Because we’re broke, we need to rethink how we will do business. Most black shoe (surface warfare) admirals think in terms of the past. It’s the same thinking that made them believe that the battleships at Pearl Harbor were critical in 1941 when in truth, their day had come and gone before the Japanese sank them.
The US Navy must move now, while we’re broke, to transition to Integrated Electric Propulsion power plants for surface combatants and break with the past. There needs to be a continuation of the Arleigh Burke production line because the Obama Administration has allowed the fleet to shrink to a size where it is no longer as effective as it needs to be to protect America’s sea lanes and commerce.
The US Navy was forced to buy off on the Joint Strike Fighter (F-35 Lightning), which has turned into a vast disappointment because it was required by design to please the Navy, Marine Corps, Air Force and a host of foreign countries who contributed to its development. This means that the Navy will keep the F-18 production line going into the foreseeable future. There is nothing wrong with the F-18, but it’s obsolete in terms of the adversarial aircraft being built in China and elsewhere. It’s time to build an aircraft that the Navy genuinely wants rather than one that is forced down their throat.
The US Navy must move now, while we’re broke, to imagine light, agile aircraft carriers designed to carry drone aircraft capable of stand-off weapons delivery and BMD. I’m thinking of a CV(L) in the 20,000 ton range that could serve as a platform for a limited number of AV-8 Harriers (restart the assembly line since the F-35B doesn’t seem to be a reality) as well as up to 40 drone aircraft.
Ok, my rant is over.