US Army Labels Christians and Catholics as Enemies/Estremists 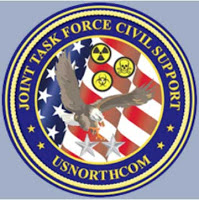 I hate to parrot what other bloggers are posting but I feel that this is important enough to be mentioned again (and again). You will note in the US Army training material below that American Christians are number one on the list of “enemies” and Catholics aren’t far behind. Last I heard, the people at the local church in America (pick your congregation) hasn’t flown an airplane into a building. NORTHCOM needs to re-thread the bolts in its neck and think this one over. 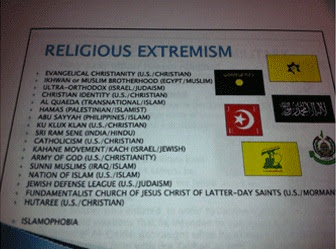 This story is an expansion on one that Pamela Geller broke (HERE).

(Fox News) The U.S. Army listed Evangelical Christianity and Catholicism as examples of religious extremism along with Al Qaeda and Hamas during a briefing with an Army Reserve unit based in Pennsylvania, Fox News has learned.

“We find this offensive to have Evangelical Christians and the Catholic Church to be listed among known terrorist groups,” said Ron Crews, executive director of the Chaplain Alliance for Religious Liberty. “It is dishonorable for any U.S. military entity to allow this type of wrongheaded characterization.”

Running down the list of extremists are some groups such as al Qaeda, which are concerning and have a lot of blood on their hands. 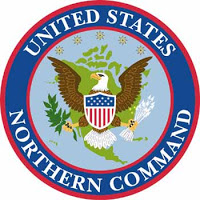 You may recall my blog post, “Are Sovereign Citizens Criminals“, where the Department of Homeland Security has now grouped every whacko fringe group of dissatisfied criminals under the heading “Sovereign Citizen” for purposes of its training. Every American has the right to personal sovereignty – it’s the cornerstone of the Bill of Rights. But don’t rely on DHS to buy into that.
Now Evangelical Christians and Catholics are enemies of the State and are grouped with the Nation of Islam and the KKK. Isn’t that special?
And Islamophobia is considered somehow wrong? America has been at WAR with RADICAL ISLAM since well before 9/11/01. Has the Army forgotten that? What the hell is going on with NORTHCOM?

Update: (Fox News) At least a dozen members of Congress have signed a letter demanding the Secretary of the Army rescind and apologize for a briefing that labeled Evangelical Christians and Catholics as religious extremist groups, Fox News has learned.

“This is astonishing and offensive,” read a draft of the letter written by Rep. Doug Lamborn (R-CO). “We call on you to rescind this briefing and apologize for its content and set the record straight on the Army’s view on these faith groups by providing a balanced briefing on religious extremism.”

Lamborn is referring to an Army training session conducted last year that featured a presentation listing Evangelical Christianity and Catholicism as examples of extremism – alongside Al Qaeda and Hamas.

Army spokesman George Wright later said it was an isolated incident not condoned by the Dept. of the Army. And the slide, he said, was not produced by the Army nor did it reflect their policy or doctrine.

“To say that Evangelicals or Catholics are somehow in the same league with Al Qaeda or the KKK is outrageous,” Lamborn told Fox News. He said it appeared the Army was using material gleaned from the Southern Poverty Law Center.

“I’m amazed that the army would listen to voices of intolerance that would play fast and loose with these kinds of labels,” he told Fox News. “I’m concerned this group has any sway with the Army.”

The training briefing is just the latest in a number of incidents involving attacks on the Christian faith within the ranks of the military.

Fox News obtained a copy of an email written by a lieutenant colonel at Fort Campbell identifying the Family Research Council and American Family Association, two prominent Christian ministries, as “domestic hate groups.” Read the email by clicking here.
Rep. Steve King (R-IA) told Fox News he believes there is an anti-Christian movement within the military.

“There’s been an effort for a long time to marginalize Christianity,” King told Fox News. “I wonder why that is?”

Another Update (Fox News)
A group of Army officers were advised to monitor soldiers who belong to what they considered to be anti-gay, anti-Muslim and anti-immigration organizations, according to a military email obtained by Fox News.

The email was sent by a lieutenant colonel at Fort Campbell in Kentucky to three dozen subordinates – warning them to be on the lookout for any soldiers who might be members of “domestic hate groups.”   Read the exclusive email by clicking here.

Among the groups the Army listed as “domestic hate groups” are well-respected organizations the Family Research Council, American Family Association, Atlas Shrugs and the Federation for American Immigration Reform. The Army listed the groups alongside actual extremist and hate groups like the Neo-Nazis, the Ku Klux Klan and other supremacist groups.

“When we see behaviors that are inconsistent with Army Values – don’t just walk by – do the right thing and address the concern before it becomes a problem,” the email advised. “We need to make sure that we maintain our standards – starting with reception and integration.”

Pamela Geller, of Atlas Shrugs, told Fox News that the Army’s email was a smear and intellectually dishonest.

“I don’t promote hate,” she said. “I expose hate speech. The purpose of Atlas Shrugs is to report under-reported stories on daily acts of jihad across the world.”

“I think it’s frightening that the US military is targeting patriotic Americans that are fighting for freedom,” she said. “It should serve as a warning to Americans.”

Geller said it was interesting that the Army’s 14-page email did not include a single mention of Islamic extremist groups operating in the United States or anything critical related to Islamic extremists.

“Are we supposed to understand that the military is pro-jihad, pro-sharia,” she wondered. “What is any Army Value? Is sharia an Army value?”

Geller said the email “speaks to a much deeper problem.”

“There have been more than 20,000 deadly jihadist attacks since 9-11,” she said. “Saying that – is not hate speech. But this is the era we are living in. Truth is the new hate speech.”
Bob Dane, a spokesman for FAIR told Fox News it was unsettling that his organization was on the Army’s list.

“They are using inaccurate and highly partisan information,” he said. “This is absolutely outrageous.”

Dane noted that FAIR has testified on Capitol Hill more than any other immigration group in the nation. They’ve also been featured in The New York Times and NPR. “We have a longstanding abiding policy of never advocating any immigration policy that promotes discrimination,” he said.

Dane said FAIR is not a hate group.

Tony Perkins, president of the Family Research Council, told Fox News he was stunned by the contents of the email.

“It’s very disturbing to see where the Obama Administration is taking the military and using it as a laboratory for social experimentation — and also as an instrument to fundamentally change the culture,” he said. “The message is very clear – if you are a Christian who believes in the Bible, who believes in transcendent truth, there is no place for you in the military.”

The Army denied there is any attack on Christians or those who hold religious beliefs.
“The notion that the Army is taking an anti-religion or anti-Christian stance is contrary to any of our policies, doctrines and regulations,” said George Wright, Army spokesman at the Pentagon. “Any belief that the Army is out to label religious groups in a negative manner is without warrant.”

Wright said they are checking into the origin of the email. At this point it’s unclear who ordered the email to be sent and why.