Political Islam and the 911 Mosque – in Context 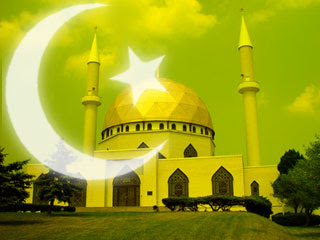 Islamic fundamentalism can not be separated from the religion itself, since Islam in practice penetrates and influences all aspects of a Muslim’s life. Political action in the Muslim world is often linked to the power and influence of a religious leader. Islam retains a powerful hold over its members and differs from Christianity in key areas. Christianity, unlike Islam, has passed through a number of historical experiences: the Renaissance, the Reformation, the Age of Reason, the scientific revolution, and the appearance of secular philosophies such as Utilitarianism, logical positivism and Marxism. Consequently, Christianity lost importance as a political movement that can be summed up by the doctrine of separation between church and state. That is an idea that is COMPLETELY alien in Islam.
In Islam, religion is the state, all political action is based solely on faith. The most highly developed form of Islamic thought is Shari’a (the Law). It recognizes no difference between religious and secular and governs every aspect of a believer’s life. Shari’a is infallible and immutable doctrine regulating the whole of the religious, political, social and private life of believers (and non-believers living under Muslim rule).
The 9/11 Victory Mosque, is therefore not a “church” in the sense that Christians or Jews would build a house of worship, but it is a political statement as well because in Islam there is no difference between politics and religion. To a Muslim, all politics is religious and all religion is political.
Traditionally a Mosque is not only a church but in many countries, it is also the seat of the local Islamic Court which dispenses Shari’a. Islamic justice (which includes beheadings, stoning, ritual mutilation, etc.) is dispensed from the Mosque by appointed clerics. There is NO Christian or Jewish comparison that can even come close. In the West there is a separation between secular and religious that is not found in Islam.