Fumbling, Bumbling and Mumbling in the Middle East

I met with a liberal gentleman today at a business meeting (some of us have to work on Saturday to keep the world spinning). He told me that the progress made by the Obama Administration in the Middle East is noteworthy, to include the recent dithering on the subject of the insurrection in Egypt.
How do you respond to such blatant ignorance? Well, you simply don’t confront it if it kills the business deal (if you want honey you don’t kick over the beehive). However, I decided to play referee and grade the Obama Administration to date on their success in the Middle East.
IRAN – D
The Obama Administration pushed more comprehensive sanctions against Iran, but it is still on a pathway to creating missile-delivered nuclear weapons. The stuxnet virus seems to have slowed some of the current work on the nuclear program, but because it was delivered in a clandestine fashion, it’s difficult to know whether to credit Washington or Tel Aviv. If it was Washington, somebody in the Administration can petition the grade and I’ll bump it to a C+. 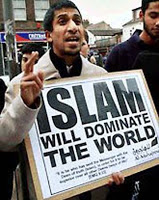 LEBANON – D
Iran is the puppet master pulling the strings in the Hezb’allah run government in Lebanon. You can argue that Hezb’allah doesn’t take all of its orders from Iran, and I suspect that’s true, but if somebody in Iran catches a cold, somebody in Lebanon sneezes. It’s a proxy for the Shiite managed in Teheran. Obama has done NOTHING to stop Iran (see above) and his weakness has only encouraged their adventurism.
ISRAEL-PALESTINIAN PEACE PROCESS – F
Washington’s mixed signals of encouragement to Hamas and funding/aid to Hamas in the Gaza Strip has emboldened them to continue to push for the destruction of Israel. The process has fallen apart completely and there is no indication that it will be put back on track in the remainder of Obama’s term in office.
TURKEY – D
Power perceived is power achieved. Sadly, for the Obama Administration, the opposite is also true. As a placating, bowing, scraping, empty suit, Obama remains an incredibly weak force and the Turks are moving more strongly into the Syrian/fundamentalist Muslim camp.
SYRIA – F
Syria has chosen to ignore the US almost completely because we look like a paper tiger to them. The Syrians want to be dominant in their sphere of influence and we are seeing a resurgence of their mischief making in Lebanon, Turkey, Northern Iraq (Kurdistan), etc. Obama the toothless pander looks foolish to them and his quasi-Muslim antics only serve to amuse. 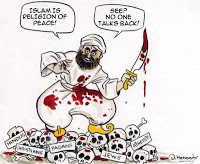 EGYPT – D
U.S. friends in the region are distressed, doubting they can trust in America’s protection; U.S. enemies are encouraged, believing America is weak and in retreat. Throwing Egypt under the bus – more or less – has not won the Obama friends anywhere.
IRAQ – C
Even though Obama opposed the surge that ‘won the war’, the US has moved into garrison and the generally disorganized Iraqi Government is trying to pull the pieces together while engaged in an internecine conflict between Suni and Shiite factions.
ISRAEL – D
Since the Obama Administration does not keep its promises, Israel will not take risks or make concessions. The unstable situation in Egypt only invites more adventurism by anti-Israel players who Obama wines, dines and cajoles.
AFGHANISTAN – C (not the Middle East but included here)
The Obama Administration has a tiger by the tail. You don’t want to hold on and letting go could be bad. Obama characterized this as “his” war. We shouldn’t be there at present and there is no evidence that things won’t revert as soon as we leave. Pakistan has NOT been a steadfast ally here despite the past when they were. If we keep billions of dollars in aid flowing, they agree to tolerate us. I know he doesn’t deserve a C here, but he could have done a lot worse.