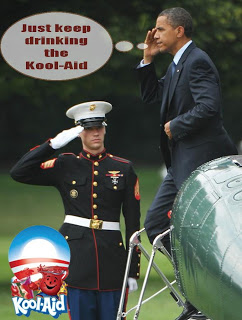 The very best con artists believe their own lies. They have to because convincing others that up is down, left is right and red is green requires a measure of near-religious fervor to make it believable.
However well the con intends to snooker his crowd, no matter how much the snake oil salesman rants, he’s going to slip up from time to time. There was a time when the media played the role of watchman in this game and they regularly pulled back the curtain to let everyone see the Wizard of Oz for who he really is. Sadly, the traditional media forgot what their job is and we are left with the husk as they work hard to ‘make the news’.
Barack Hussein Obama is one of the centuries most talented grifters. He’s a drifter and a cad who stumbled into the best con of his life. Today, he’s working hard to re-make himself (yet again) as he marshals his energies to run for office, while leaving the day to day presidential decisions to Valerie Jarrett (American Perspective). In order to remake himself, he’s going to embark in (yet another) bout of lying, cheating and treachery, to sustain his party with the rest of the Chicago parasites in the White House.
He has some challenges to overcome such as the wildly unpopular ObamaCare program that the Democratic party shoved down the throat of the American People and that may be found unconstitutional by the US Supreme Court. There is the question of his faith. Many Americans believe that Islam is his core belief system because he spent many of his formative years in Indonesia, as a Muslim. He did say that the most beautiful sound in the world was the mosque’s call to prayer. Others contend that his participation in Black Liberation Theology qualified him as a Christian – a stretch, but there are people who compare Black Liberation Theology to a form of Christianity. I don’t think a narcissist like Obama can worship anyone but the man in the mirror. American Thinker has a great piece on this subject today (LINK HERE).
Obama has to do damage control on the increasingly suspicious lack of a birth record in the United States. Yes, I know that anyone who dare question his birth location is called a “birther” (Alinsky Tactics). They are reviled by the traditional media who still hasn’t bothered to show us any shred of proof that Barack Hussein Obama jr./Barry Soetoro was born in the United States of America. I don’t know what sort of spin they’re going to throw out — but he’s working on it full time with some really gifted liars, who like Obama, are opportunists who need to keep the con going. They, as with him are decency-defying people who live for the flim-flam. They need to keep the president from grabbing his genitals during the playing of the Star Spangled Banner and have to remind him to salute and keep him on-teleprompter because we all know what happens when he doesn’t do that.
And while Obama prepares to pretend yet again to become somebody that people can believe, he’s under pressure from people such as George Soros, leaders of labor unions and the radical left who are concerned that he can’t deliver the goods.