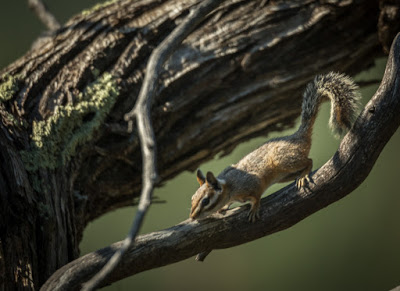 At the White Wolf Mine, summer is coming to an end and the squirrels are fattening up for winter and are hiding nuts and berries for the long winter ahead when food is scarce.
The hawks are taking advantage of the situation and do not pass on the opportunity to pick off the squirrels as the circle of life and nature plays out before my eyes.
Hawks sortie and swoop and the squirrels dodge and run for cover.
It’s high drama if you’re the eater or the eaten. 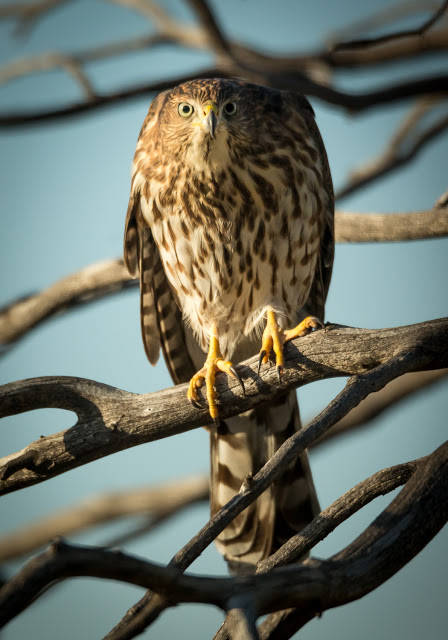 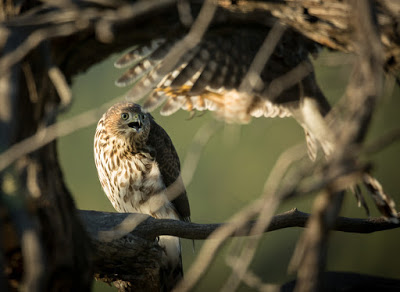 I fled the city to be in this environment, and I know that many of the people who read this blog live in places where game is abundant. The family of white tail deer who lives here near the White Wolf Mine are possibly the most seen. A doe and fawn are often present in the evening when I’m sitting out on the deck, drinking a ginger beer.
It reminds me that the larger world has very little impact on the quiet world of whispering pines, quiet mountain lakes and verdant pastures where I live.
I’m usually on the telephone four or five hours a day discussing this or that project, international intrigue, Communist Chinese policy, reading the tea leaves, casting the runes and trying to figure out what the next move is. Or there are Mexican cartel issues. That sort of bother doesn’t cast a shadow here, where there is no law enforcement, but everyone is armed to the teeth, and is safe. Human predators don’t venture here often. And I’ve been told that once here, they find eternal slumber as the worms move in and complete the circle of life. That’s the Sermonette.
The Mail (lots of mail):

The Progressive Cult
Jim – As you say, power is the ultimate goal and the “immigrants” are another wrench in the toolbox.

The Old Democrat Party, which I was never part of but which I understood and in part agreed with (back in the 60’s and 70’s) is gone. A lot of those Old Democrat Party types defected to vote for Donald Trump. More will defect in the 2020 cycle because of the insanity of the National Socialist Worker’s Party, which evolved from the carcass of the Democrat Party. The progressive movement needs new acolytes to vote for the National Socialists. Immigration is not the only way that you can stuff the ballot box, but it’s part of a larger strategy to hold power. Offering them free healthcare, free welfare and other incentives at the expense of the voters is just a way of using our money to buy votes.

Those are East Coast numbers. On the West Coast it’s more like 300 officers in a community of 300,000, and at any one time 1/4 or so are on duty. I was a police officer at the Anaheim, CA Police Department for a few years during my life, and it was a great experience, great men and women to work with. We would go out with 14 officers and 3 sergeants to cover that city of about 300,000 people (plus the Disneyland, Anaheim Convention Center and Anaheim Stadium transient tourist population staying in hotels) covering over forty square miles.

When seconds count, police can respond in minutes. Or half hours. Essentially, the police are simply a mechanism that records crimes rather than prevent them. Hence, an armed citizenry is required, despite the howlings from the left that if everyone had a gun it would be the wild, wild west with shootouts on every corner.

You, the citizen are the first line of defense, of both you and your family. The current population of whiners doesn’t seem to grasp that. The police will protect you to the extent that they are able. In the case of Anaheim PD (above) on any given night some of those 14 officers were at the hospital, some were booking people in jail and some were busy on calls. There were many times when one, two or none were available to assist YOU, the citizen, when you were screaming into the phone for help. As you suggest, it is a matter of numbers.

Where I live now, there is one resident deputy who can respond if he’s on duty (works 4 days a week) and if he’s local. His headquarters is in Flagstaff, about a 1.25 hour Code 3 run away, from when he starts. If he’s not available, the typical response time is 2 hours. Coconino County (AZ) Search and Rescue has a 2.5-3 hour response time for rescue situations. So we who live (or who vacation) in the mountains are on our own. Whatever went wrong will be long over by the time government arrives. I’m fine with that, primarily because I’ve always known that ‘it’s on me’ to cover my ass. It was the same in my military life. We were out there, silent and on our own. If we were jumped by a local military unit (that could reinforce), we’d run out of ammo before we could extract, or we’d be overwhelmed by numbers. It’s no different in a city, no different here in the remote Arizona mountains or in some s-hole country. YOU are your first line of defense for yourself and for those you love. 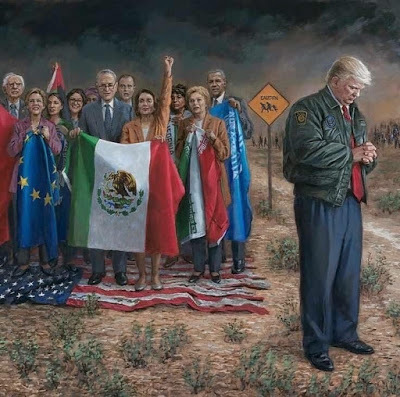 BillB – This whole Progressive movement is too coordinated to just be happening. Is Davos where the “Star Chamber” meets? Are G7 and other such meetings just fronts for the Globalist Elite? It needs to be exposed as the light of knowledge will cleanse the problem.

Was it much different in 1909 when Kipling wrote The City of Brass?

It’s a multi-polar movement, and as with the Hydra, it has many heads. Many agendas. George Soros throws his money around and has been effective in organizing to generate the chaos. But it isn’t just one billionaire. It isn’t only a group of European Illuminati. The power elite agree the the goal is power and that the United States is the only bulwark that stands against a one-world government. Bringing that dream about is the common goal of globalists, who may not agree on all of the details, but they agree on what they feel needs to happen.

Then insurrections of the sort we see in Hong Kong break out. It reminds the globalists of the problem of breaking the human spirit, and crushing the dreams of freedom. So long as the US survives in its current form, it’s problematic. The election of Donald Trump set them back decades. Everyone was so sure that Hillary would carry it home for them, and then free women and men rejected that. Do you really think that the US Marine Corps would go door to door shooting American men and women, to seize firearms in violation of the Bill of Rights? No, they can’t go about it like that. The Police themselves reject that. They have a difficult job, but the movement is well funded and it is relentless.

LSP – The revolution must be permanent and unending until everything is destroyed. I see it as a kind of luciferian nihilism and no wonder it embraces Islam. Was Mohhammed in communication with Gabriel or some other thing?
Kle adds – Hey, an Angel’s an Angel, right?  I’m sure Mohamed would see it that way…

When you see people exercising compulsion, creating pain, misery and privation, and advocating for the slaughter of the unborn and the newly born – and reveling in that blood, you know which side that they’re on.

The war for the souls of man is literally as old as time.

Larry – And chaos and starvation will make the transition to cannibalism easier. Don’t “eat the rich”. Feed them (at least New World Order types) to our wildlife. Help preserve our predators!

It’s a noble thought – but maybe to gators. I wouldn’t want to see them make a wolf or a mountain lion, or a shark sick. Who cares if an alligator or even an anaconda gets indigestion?

Conspiracies by the Elite

WSF and LindaG want to create a pockmarked wall for the plotters of the coup.

I couldn’t agree more. LindaG, I think that your time in the Air Force made you hope for better from our elites. Sadly, the Comey/Brennan/Clapper axis turned out to be a bunch of smug, sly, A-Holes with no regard for the Constitution that they swore to protect and serve.

Ed Said – Term limits throws out the proven bad guys as fast as the proven knaves. It’s also no guarantee that the new guy isn’t a knave. The real problem appears to be in an unaccountable bureaucracy. One that is unionized an untouchable.

The advantage of term limits is that it has the promise of maybe reducing the institutional corruption that we see. Newer faces in leadership doesn’t mean that the leadership will be honest or competent, but it breaks the Pelosi machine and others like hers. I doesn’t address the armies of well paid lobbyists and it doesn’t address generals and admirals retiring only to go to work the next day for a Beltway Bandit. Term limits are only one facet of a comprehensive strategy for draining the swamp.

LSP – Good mirror image, elite rulers point and it’s perhaps unsurprising that their dupe puppets look pretty much the same on both sides of the pond. Resistance/Remain — same hysteria, same scorn of their nation, same open borders mass migration great replacement, same asset stripping contempt of the working class, and on.  But they’ve been called out, massively, and it’ll be interesting to see how Parliament can continue on its present course, at odds with the UK’s largest ever popular vote.
My wager’s with Johnson. He’ll face the full on fury of the UK deep state and the left, but a left that’s abandoned its natural, and powerful, constituencies in the Midlands, the North and Wales, all in favor of cross dressing bisexual Guardian readers in London. Stand by for a revolt in the UK against the Onesie and it’s millionaire, traitor sponsors.

Nigel’s Brexit Party is gaining a lot of traction in Parliament and many people who wish to keep their seats are defecting and changing their affiliation. It’s a mess, but hopefully the people can take back the government. Of course the House of Lords is outraged that the peasants are so uppity and refusing to understand their place.