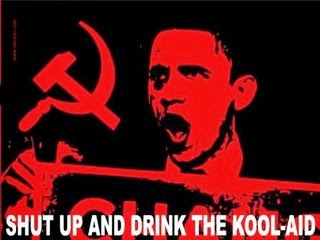 Facebook
Twitter
Pinterest
WhatsApp
So there I was in the CAT Scan waiting room today, with 10 other people. They were of all ages from about 20 to about 65, all waiting for some witchdoctor to wave a cat over their guts, sacrifice it and read the entrails. At least that’s how I think that it’s supposed to work.
The guy next to me asked me what I did for a living and I began to discuss my start-up business, building a new kind of UAV. We spoke of the difficulty of finding capital in this market and defending the capital market, I said, “We’re not communists”.
EVERY SINGLE PERSON there, all ten of them said, “Not yet.”
Demographics: Roughly half were white, even gender men/women, two Hispanic and an Asian person. No negroes were present to defend Obama.

What followed warmed my heart: A rant began about how the President and Hillary Clinton, his heir in waiting, were nothing but filthy communists bent on destroying America. It was like being in a John Birch Society meeting in the 70’s. And they ALL PARTICIPATED in the rant. I sat back and listened, having started the ball rolling about not being a communist.
The group was random. Everyone of us had something wrong with us. Broken bone, internal screw up, etc. I have kidney stones that hurt like the blue blazes of hell unless I’m taking drugs that move me to that happy place.  Other than that, the group was just people — regular people who don’t have Obamacare insurance…maybe that’s the problem. None of them are freeloaders.
Then the conversation turned ugly and a lady brought up Hillary Clinton. I said, “you mean, the Bitch of Benghazi?” The people in the room started to rant on Benghazi, Susan Rice and the fact that Obama was loaded in Vegas while the place burned.
Then I went for my scan and left the happy group.

Yes, it’s California. No, they’re not all fruits and nuts.

I have to go back for a consult tomorrow.  Keep in mind that it’s California and we don’t have a Merry Christmas Law the way that they do in Texas.

Last year, the Lone Star State passed a bill that allows schools to say things like, “Merry Christmas” and “Happy Hanukah” without retribution.
Co-authored by Dwayne Bohac (R-Houston) and Richard Raymond (D-Laredo), the bill, “allows students, parents, teachers and administrators the freedom to acknowledge these traditional winter holidays without fear of litigation or punishment and restores common sense by placing Supreme Court precedent into state law,” according to the law’s official website.

I may try saying “Merry Christmas” without following up with the traditional, “and a Happy Kwanzaa” and see if somebody sues me.