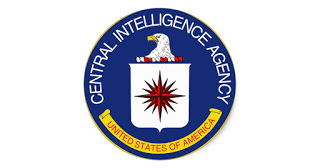 Facebook
Twitter
Pinterest
WhatsApp
(Swiftboat) John Kerry – quote
In July 2014, then-Secretary of State John Kerry went on NBC’s “Meet the Press” to discuss the September 2013 deal that resulted in Russia agreeing to help confiscate and then destroy Syria’s stockpile.
“We struck a deal where we got 100 percent of the chemical weapons out,” Kerry claimed.

I shouldn’t rub this in Old Wooden Head’s face because he recommended me to Heinz before they sold out to the Brazilian conglomerate last year to do some consulting on problems they had in Russia, China and Africa. I cashed the checks. I don’t call that biting the hand that feeds you but John might.

The regime change in Iraq didn’t work out well for the USA. Iran owns the place now – not lock, stock and barrel, but they own most of it. They weren’t able to defeat Iraq on the battlefield but they just walked in and took it when we left. The USA has a dismal track record of doing this in a number of places: Peru, Vietnam, Central America, Africa, Iraq, Libya, etc. We need to step back and take a breath before we pursue that path in Syria. Who are we grooming to take Assad’s place and which group will back that person – who must be a tyrant to survive in power in Syria? Will the Russians like him or will they assassinate him?
The Virginia farm boys (and girls) need to polish their skills and not be so quick to dispose of people who get the job done but may not be as politically correct as Barack would want them to be. There needs to be a culture change from the damage done during the years of ObamaNation. That won’t happen quickly.
The Navy 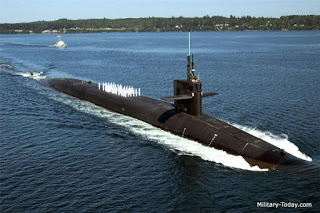 If the USA wants a capable Navy, the entire budget increase that President Trump wants needs to go there. It won’t go there, but just getting the ships repaired that were let go during the ObamaNation, getting spare parts for both ships and aircraft, missiles, training and the follow-on to the Harpoon Missile, etc.  All of our missile launching submarines (SSBN) need to be replaced as do their aging weapons.

That will be a neat trick since we’ve lost the national capacity to produce thermonuclear weapons (we’ve lost that capacity by the way because of neglect – an article from 2015 This is one from the Wall St. Journal but you need to be a subscription to read it.). During the past eight years, the military has been focused on transgenderism, the war on the weather, and a lot of social justice issues instead of on providing for national defense. That all needs to be fixed.

I have no confidence in the FBI to conduct fair, impartial investigations dealing with issues relating to leaking, and with the recent unmasking scandal. Recently Director Comey was asked to appear at the House Intelligence Committee and he was a no-show. Who in the Sam Hill does he think that he is? Who does he work for?

What if Comey summoned a field agent to FBI Headquarters and that special agent refused to show up? How would he react? Comey is an elitist and he has an agenda that is not in tune with the best interests of the United States.

Either Comey and his coterie of Clintonistas at the top of the food chain at the FBI get with the program, or they can retire. That’s how I see it.