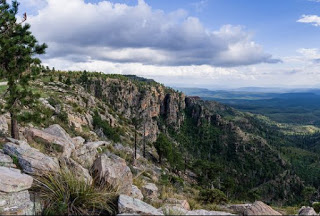 (link) You’ve seen allegedly authentic alien skulls, found up in the Arizona highlands, but what about Bigfoot?

Isaac Bailey found the cave below the lip of the 8000 foot plateau, near where a retired Phoenix police officer and his wife reported seeing a sasquatch walking down a mountainside in July 2005. That incident was reported to local rangers immediately after it happened. The rangers investigated the area on the following day, and found, and cast, 20″ sasquatch tracks, which they showed to some of the expedition guides.

The article was found on the Internet, therefore it must be fact.  And it was reported on the BRFO website, YOUR unimpeachable source for Bigfoot sightings.

The Colorado plateau ends with the Mogollon Rim. It’s a limestone formation, which means that the place is full of caves, mostly unexplored.
I am not a cave explorer since mountain lions often make their homes in caves as do bears. Encountering a bear or a lion in its lair may be intriguing to some people, but not to me. Sure, I could clear caves with hand grenades, but they’d likely come down around me, and what fun is that?
The Army built a road along the Mogollon Rim during the Apache wars (General Crook Trail). There were not published reports of Bigfoot sightings back in the 1800’s and the Army but there is the Mogollon Monster… (trail info here) ok, it’s not a real monster, it’s a foot race down the trail that’s held annually.
Then there is Fact 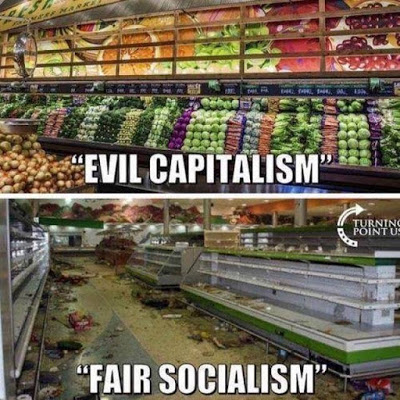 Big Trouble in “Little China”
So much for “one country, two systems”. Hong Kong citizens would rather deal with the system developed under the British Crown rather than the tender mercies of the Communist government in Beijing. One in seven citizens of Hong Kong took to the streets today.

(Wall Street Journal) HONG KONG, this morning—Demonstrators staged the biggest rally challenging China’s authority over the city since Britain ceded control in 1997, marching through streets for hours to protest a proposed law that would let Beijing take people across the border to stand trial in the mainland.

A US State Department spokesperson said Washington is “concerned by the Hong Kong government’s proposed amendments to its Fugitive Offenders Ordinance, which would allow for individuals to be transferred to mainland China at the request of Communist Party authorities, and is closely monitoring the situation.”
And the Plot Thickens
Sunday’s protest comes days after the 30th anniversary of the Tiananmen Square massacre, a pivotal moment that dashed hopes China would democratize before it took control of Hong Kong in 1997.
Hong Kong has commemorated the massacre with a candlelit vigil ever since, the only place on Chinese soil where mass remembrances are held. Organizers said more than 180,000 people joined a vigil in the city’s Victoria Park on Tuesday, the largest such event since the 25th anniversary in 2014.
The linkage between the Tiananmen Square Massacre and present protests are creating a head-ache for the Communist Oligarchy that runs China.