Facebook
Twitter
Pinterest
WhatsApp
Pride
Some say that pride itself is a sin. It goes before destruction. Make of that what you will, but June is pride month. What does that mean to you individually? From a practical standpoint, you’re only allowed to be proud of politically correct things. That being the case, I don’t think that I have much to celebrate. The joke going around is that Pride is the Queen of Vices; and apparently Vice is the Pride of Queens.

It is a clever marketing ploy by progressives to tell gullible people to be proud rather than ashamed of their various and sundry sexual malfunctions, mental disorders, perversions, and abominations; and presumably one is to be ashamed only of decency, modesty, chastity, temperance and moderation. The cleverness consists not merely in gulling the victim into rejecting any criticism of his/her/its objectively disordered sexual aptitudes as hate-speech born of bigotry and ignorance, but also in robbing the victim of any motive to resist his own degradation.
Or it’s thinly disguised as a celebration of diversity, based on which sexual perversion appeals most to the individual.
Cambodia 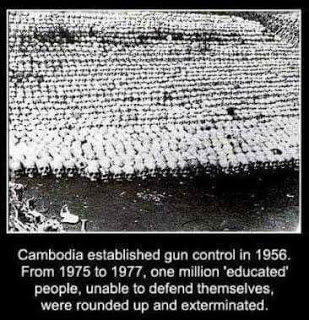 There is a lot to Cambodia. A friend drifted by the other day. He served with Bird Air in Cambodia, a CIA subcontractor (now declassified) that flew into Laos, Viet Nam, and of course, Cambodia. We discussed Ankor Wat, the American involvement in Indochina and then the slaughter of the educated people once the US left the stage and Pol Pot’s government established communism as the state religion. Sitting at roadside cafes and watching the young men riding on Coca Cola trucks out of town to fight the communists…all that. History now. Cambodia is bouncing back.
Lessons abound where good people of conscience handed in their firearms in the hope that their government would treat them honorably. Cambodia went through that too. It cost 1 million lives. I wonder if they teach that in schools today? Of course they don’t. It’s not politically correct.
If German Jews had been armed, the round up and extermination wouldn’t have gone so smoothly, would it? Taking a few of the bastards with you ends up counting when people decide to strip you of all that you have – and all that you’re ever going to have and then tossing you into an oven.
You have to decide what is worth fighting for. And whether it is worth living free or not. You could ask any of a million Cambodians what they think… if they were around to ask.
D-Day and Allies

We remembered D-Day on June 6 this past week, not the end of the war in Europe, but the end of the beginning of that war. Back then, as opposed to now, Nazis were real and “toxic masculinity” was called upon to rid the world of unspeakable horror and evil. 75 years ago today the allies were pushing off the beaches and enlarging the beachhead. There was a lot of fighting and killing ahead, but the conclusion of the war was at least in sight.

Today, the corrupt, lying, filthy mainstream media speaks of American allies and includes Mexico in that number. Where were the Mexican troops on D-Day? Does anyone recall the Zimmerman Telegram during World War One that helped bring us into that war? For those who may have forgotten, the Zimmerman Telegram was a secret diplomatic communication issued from the German Foreign Office in January 1917 that proposed a military alliance between Germany and Mexico. Can any of you recall a situation when Mexican acted like an American ally? EVER? (build the wall, lock Her up, MAGA)

And, on the Lighter Side of the Sunday Sermonette… 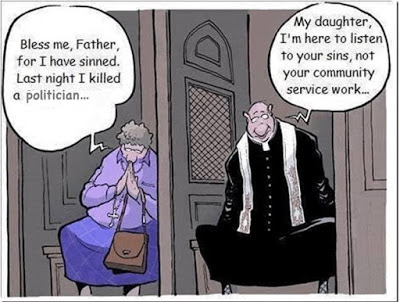