A Discovery – so send “The Discovery” 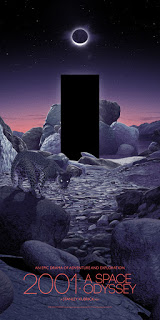 A large mass of unknown material has been discovered on the largest crater on the Moon,  and scientists aren’t sure what it is.

According to an April 2019 study published in Geophysical Research Letters, the researchers believe the mass could contain metal from an asteroid that crashed into the Moon, which resulted in the aforementioned crater, known as the Lunar South Pole-Aitken basin.

“Imagine taking a pile of metal five times larger than the Big Island of Hawaii and burying it underground. That’s roughly how much unexpected mass we detected,” lead author Dr. Peter James, said in a statement.

Ancient Alien theorists would disagree. So would Arthur C. Clark, famed science fiction author (RIP), were he still alive. Those who are a bit more enlightened would challenge Dr. Peter James and would ask him to re-read 2001: A Space Odyssey.

There is a monolith under the surface of the moon and as soon as it is unearthed and sees sunlight, it blasts a message to the stars, and aliens will know that human’s have arrived. Where it goes from there is anyone’s guess.
We will need to send a ship out there to investigate and because the crew is unreliable, we can create a computer and name it HAL. What could possibly go wrong?
We’re a few years behind the curve because we should have a lunar base set up by now to deal with the coming discovery and shuttles back and forth should have been routine. But as disturbing as our tardy discovery is, art and science are still in sync.