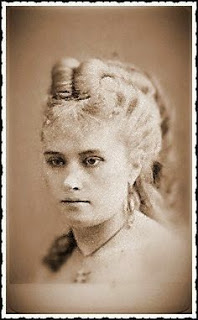 She lived an interesting life as a singer, a burlesque dancer and a member of the Lydia Thompson troupe. Pauline supposedly had relations with several Northern Generals and Post Civil War Reconstructionists. She was also responsible for bringing Josephine “Sadie” Marcus to Tombstone, Arizona. Sadie eventually became Wyatt Earp’s common-law wife & was with him 46 years. 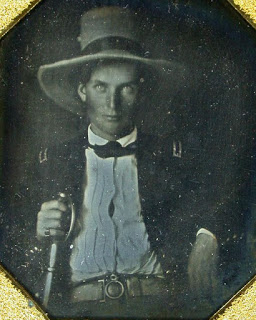 Thomas Jonathan “Stonewall” Jackson (1824 – 1863), also known as “Old Blue Light”, served as a Confederate general (1861–1863) during the American Civil War/War of Northern Aggression, and became one of the most renowned Confederate commanders of the war.  Who knows what he might have done if he hadn’t been shot accidentally by Confederate pickets during the Chancelorsville Campaign (May 1863).
He is pictured above circa 1847 prior to departing with the American Army in the war with Mexico, where he served with distinction at Chapultepec.
He taught at the Virginia Military Institute for ten years, from 1851-1861 and was unpopular with his students because of his strictness.
During the First Battle of Manassas (July 21, 1861) he distinguished himself while leading a brigade of infantry. Colonel Barnard Elliott Bee, Jr. told his skittish troops, “Look, there is Jackson and his Virginians, standing like a stone wall.”
Klara Hitler (née Pölzl; 1860 – 1907) Born in the Austrian village of Spital, Weitra, Waldviertel, Austria, Klara came from old peasant stock, was hard-working, energetic, pious, and conscientious.

In 1876, 16-year-old Klara was hired as a household servant by her relative, Alois Hitler, three years after his first marriage to Anna Glasl-Hörer. After the death of Alois’s second wife Franziska Matzelsberger in 1884, Klara and Alois married on 7 January 1885 in a brief ceremony held early in the morning at Hitler’s rented rooms on the top floor of the Pommer Hotel in Braunau am Inn.
Their first son, Gustav, was born four months later, on 17 May 1885. Ida followed on 23 September 1886. Both infants died of diphtheria during the winter of 1886–87. A third child, Otto, was born and died in 1887. A fourth son, Adolf, was born 20 April 1889. Adolf, decorated for gallantry in World War 1, went on to found the German National Socialst Worker’s Party. Long after his death, in 2019, American Senator Bernie Sanders would come up with the American Democratic Socialist Worker’s movement, in an effort to shine Hitler’s spotlight on himself.