Snaps from The Mogollon 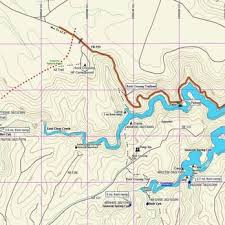 Facebook
Twitter
Pinterest
WhatsApp
Blue Ridge Reservoir is located about six miles as the crow flies from the White Wolf Mine. Here are a few pictures. It looks more like a river than a lake as it snakes through the high country.

Boats are limited to 10 HP. Or if you prefer, the canoe. It’s all good. Fish varieties include rainbow, brown, brook trout, and largemouth bass. The lake is deep and it’s a perfect place to run out the pop gear in search of a lunker.
There are other lakes in the area, but Blue Ridge is the closest. 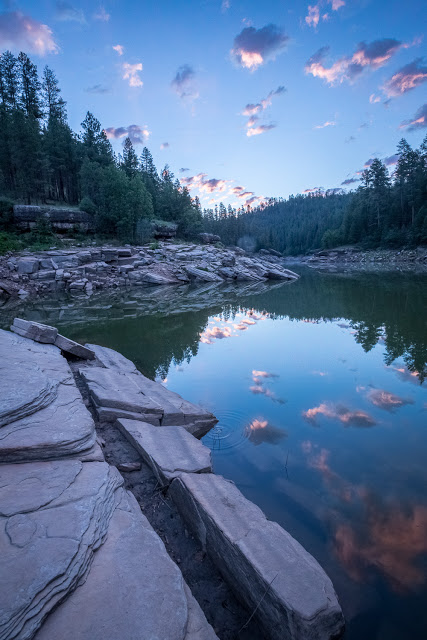 Sunset and moon rise sometimes occur at the same time. It makes for an interesting evening. On this particular evening, you could hear the wolves howl at the moon. They have a throatier and more robust howl than coyotes, which sort of have a bark-howl going on.

Some readers of this blog feel that there is no privacy in America, and they’re right. However there are places in the nation where there are no cities, no stores, no law enforcement, and no pole cameras. Just saying. You have to look for them, but they’re out there. 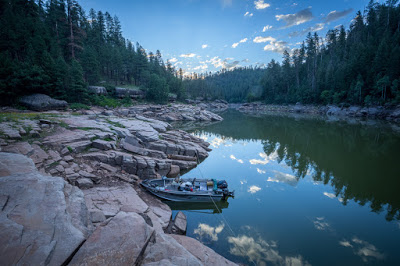 WSF – Good start, but you need to work on your marketing strategy. Perhaps your kitchen consultant could recommend someone?

The molded concrete countertops are cool. Really. So are the outrageously expensive Wolf range and oven, etc. I thought that the “save the planet fund” could be applied to a hot tub thing that I want to build in addition to killing steers for their steaks. The fact that you found my marketing strategy wanting disturbs me. I think that the next time I buy a car, I need you to tag along.

Jim – Apparently there are all sorts of diseases locked up in the glaciers and when those melt due to resumed global warming, we will all die when when the plagues are released. AOC said so. I saw her video. This will probably happen in twelve years.

I hadn’t heard this. Breaking News! Honestly, my bull$hit filter engages when AOC speaks and all I hear is Wah-Wah-Wah. The only Democrat I tend to listen to is old Slow Joe Biden because his lies are so egregious and he’s actually funny. He could do stand up comedy simply by being serious. Add his wife “vote for Joe because you could do worse”, is rich beyond words. Then there is Bernie working on a speed bag. Or the Obama work-out video. Seriously, it’s funny stuff. The communist part isn’t funny, though.

LSP – We’re clearly in a long-running War Against The Weather. Good thing we have nukes! But seriously, was there ever such a scam?

In the days of the Old West they would “salt” a mine by firing a shotgun loaded with a little gold as ‘shot’ into the stone on the walls. The War Against the Weather is on par with that.

Charles Ponzi (founder of the Ponzi scam) would have been right at home with the War Against the Weather. P. T. Barnham (There’s a sucker born every minute) would never believe that the US was stupid enough to earmark trillions, but he never met AOC. It’s good that we have The Donald in the White House.

Fredd said– Fear is a great sales technique. It provides incentive for people to do all kinds of things they would not do under normal circumstances.
If you have a family and die, your loved ones will languish in the cold, snowy gutter and eat out of rat infested dumpsters for the rest of their lives. But this needn’t be that dire future, Mr. Fumduk. All you need do is sign here on this dotted line, and this life insurance policy will make all of that bad stuff go away. Now, don’t forget to make your premium payments, Mr. Fumduck.
Getting on in years? Getting up and down those stairs can result in a fall that will cause you agonizing pain lying on the floor until you perish. But wait! This Stair Lift system will extend your life forever, just a few lousy thousand bucks and this can all be yours, Mr. Dimplik.
AOC plus Three are getting pretty good at this fear stuff. It will take them far, just you wait and see, cuz there are millions of Fumduks and Dimpliks out there just chomping at the bit to cast their vote for these scalawags.

You wrote “IF” I donate $1,000, not “WHEN” I donate $1,000, which is likely a typo. Yes, indeed, because I like your face, LindaG, I will send you two bags of home made jerky (home made by somebody) to you by Federal Express once the box of cash arrives and I determine that it isn’t the same banknote, photocopied one thousand times on cheap paper. Your love gift to Virtual Mirage will make sure that some needy person has a much better Christmas…and the climate will favor you. The sun will shine more often and the pecan trees will bear more of their delicious fruit.