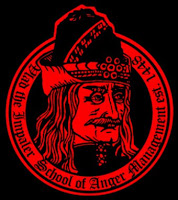 1. Public Safety Unions were made very strong by exceptionally bad management. Most unions grow and are fed by bad management. Cops become cops to put bad people in jail. I know that’s a simple statement, but what happens when they are no longer doing that because they are now managers? They all too often turn into martinets and take it out on subordinates. It’s not a hard and fast rule, but it’s far more often the case in law enforcement than it is in the private sector.

Ask any police officer where the real stress comes from. ‘The job’ or the administration?

2. Hiring Practices and Liability. There are a lot of places in the US where police officers are paid near minimum wage. The old saying is that you get what you pay for. In poor, very rural jurisdictions, you can get away with it. In wealthy, more urban and suburban areas, risk managers began to notice that hiring better educated, relying on better trained and “cleaner” law enforcement meant fewer lawsuits. One moderately sized lawsuit against a police officer for misconduct can cost a city/county/state more than that police officer would earn in an entire career.

Self-serving interests drove higher pay for police officers in many areas of the country.

3. Greedy Politicians took the money. When you combine dismal management practices and unduly harsh behavior (historically), more educated cops who combine into unions to protect themselves and add greedy politicians, you have a problem. It didn’t take cops long to understand that if they paid a portion of their salary into political action committees (PAC’s), that those union PAC’s could fund the election of politicians who would vote favorably toward their salary and benefits.

You can’t expect politicians to exercise any sort of self-restraint. It goes against the grain.

4. Matters of Integrity. Where you have well educated, professional law enforcement people, you have very little corruption. There are cities, mostly on the East Coast where police corruption is endemic. Try to give an officer on the West Coast a bribe to get out of a speeding ticket. He’ll ask you to speak a bit louder (for the microphone) and you’ll end up in jail. Cultures of corruption (such as we find in the Third World — or Chicago) are based on the notion of an informal form of taxation – bribes. People pay directly for services because the method of collecting public taxes doesn’t work well enough to pay public servants well enough to feed their families. You can’t give a person the authority that the public grants to police officers without demanding integrity. Unfortunately the better educated and paid tend to be more honorable than the minimum wage flunkies.

Nothing is as important as integrity.

5. How old should a police officer be when they retire? When I ask this question, I don’t want you to cite the poor old sod at age 65 who has been relegated to a job in the property room out of pity. Because of the nature of organizations, anyone can be thrown into the front line. How old is too old, when it is your (the citizen’s) life on the line?

The spirit is willing. The flesh is weak.