Facebook
Twitter
Pinterest
WhatsApp
We are all Trayvon Martin…
One man’s perspective from earlier in the year, pre-trial. I posted this on this very blog about seven months ago but it would seem to be a good time to revisit it, post verdict.
Anthony Weiner Selected…
…As US Air Force Sexual Prevention Chief.

The disgraced former U.S. Representative from New York’s 9th Congressional district was chosen after an exhaustive and expensive search because, according to the unit’s director Maj. General Margaret Woodward, “he seemed like a great fit for the position.”

Woodward explained that to combat sexual assault one needs to think like a sexual deviant — as other SAPR chiefs have done — and with Weiner, she thinks she has her man.

I don’t know how this will play with his run for Mayor of New York City, but when you consider Mr. Weiner’s leadership skills, he could likely do both jobs at the same time. 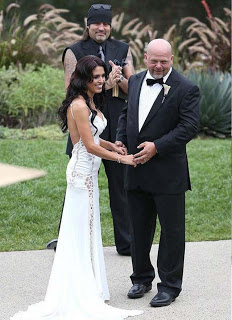 Television reality show Pawn Stars personality, Rick Harrison, married Deanna Burditt, in Laguna Beach, California this week, proving that an older, balding, overweight, average looking man, with a love of 18th Century British Naval history, can find love with an attractive bombshell. Both are the parents of three children, both are on their third marriage now that they’ve tied the knot.
Harrison wanted to take his bride to the South of France or to Fiji on their honeymoon. She convinced him to take her on a camping trip instead. I think that he found a winner.
The popular reality show has been on the air for quite some time now. One can only wonder with all of the media and production time whether they actually have time to run a genuine pawn shop in Las Vegas.
I wish them every happiness together.
P. S. He apparently didn’t get the 2.5 karat diamond ring from the pawn shop. What is THAT about?
Do you want a Huma?

Huma Abedin Weiner, wife of NY City Mayoral Candidate Anthony Weiner and former aid to Hillary Clinton really has a lot in common with Clinton, who has her eye on the White House.
Dennis Miller weighed in on the matter: “Huma Abedin makes Tammy Wynette look like a Runaway Bride. Huma Abedin, wife of Congressman Anthony Weiner (aka Carlos Danger), is really a great role model for women, assuming those women want to have no self-respect and believe in making a mockery of marriage.”— Dennis Miller Show (@DennisDMZ) July 23, 2013
If the Hillary Clinton style ‘scorned woman’ model works, Huma Abedin may one day be running for POTUS too.
A Game of Drones 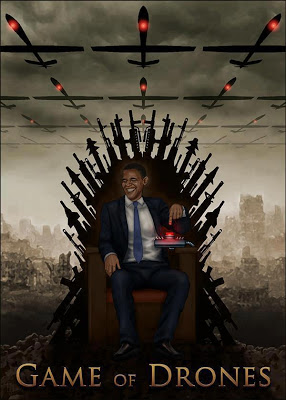 The game continues, but you’ll note that the Obama Administration has muzzled the press on these matters. (h/t USA Admiral for the graphic) And we all know what happens to whistle blowers…they end up “in transit” in a Moscow Airport — until they die of old age.