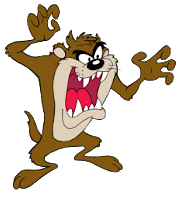 Facebook
Twitter
Pinterest
WhatsApp
I have a friend who lives in China. He was accosted in a restaurant in Shanghai, frequented by expats, this past weekend.  He wore a Make America Great Again hat. The self-proclaimed Antifa assailant was Irish. Since I wasn’t there, I can’t testify as to details, but since President Trump has not promised to make Ireland great again, envy might be at the root of the attack (with fists).
Conservatives view liberals as misguided. They are naive, like children, like a naughty puppy that needs to be house trained. They need to be shown the truth logically.

Liberals/progressives view conservatives to be evil, much like a Tazmanian Devil (right) that need to be eradicated by any means, fair or foul. When you look at concentration camps and re-education camps over the past century, with the exception of war-internment and prisoner-of-war detainment centers, they’ve all been run by socialists – National Socialists (NAZIs) were the most notorious but the Chinese Communists under Mao put many millions into camps where they would learn to love Big Brother or they would never leave. The Russian Communists (Union of Soviet Socialist Republics) ran the now infamous “Gulag Archipelago”. North Korea and Cuba, though much smaller by comparison to their larger socialist comrades, tortured and murdered their way through their opposition with no conscience what-so-ever. Progressives have no conscience – because their mission is to slaughter all who disagree with them and they feel justified because anyone who disagrees must be evil.
When you’re evil (Whether it is Hillary and her ‘basket of deplorable’, or Adolph Hitler and the Jews), all excesses are now on the table. Torture is on the table, starvation as a form of punishment is on the table and anything they meet out is good by their definition. Because THEY are socialists, taking all that you have and redistributing it to those more ‘worthy’ of your goods is a noble cause. 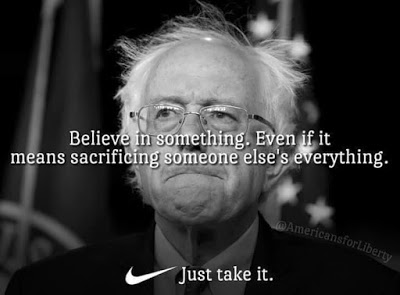