There are All Sorts of Churches

I’ve been hanging out, recovering from surgery, trying not to use painkillers, and so forth. I’m almost back to normal. Thank you for your kind thoughts, prayers, etc. 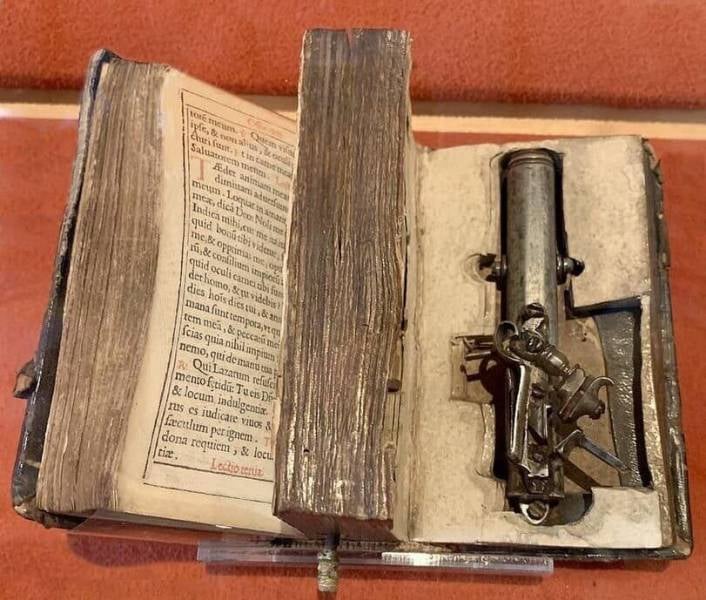 What do you do when you have to go to mass but you know bad people are around?
“A gun hidden within a bible, made for Francesco Morozini, Doge of Venice (1619-1694). The owner of the bible could pull the silk bookmark to shoot while the book was still closed.” Now on display at the Museo Correr in Venice 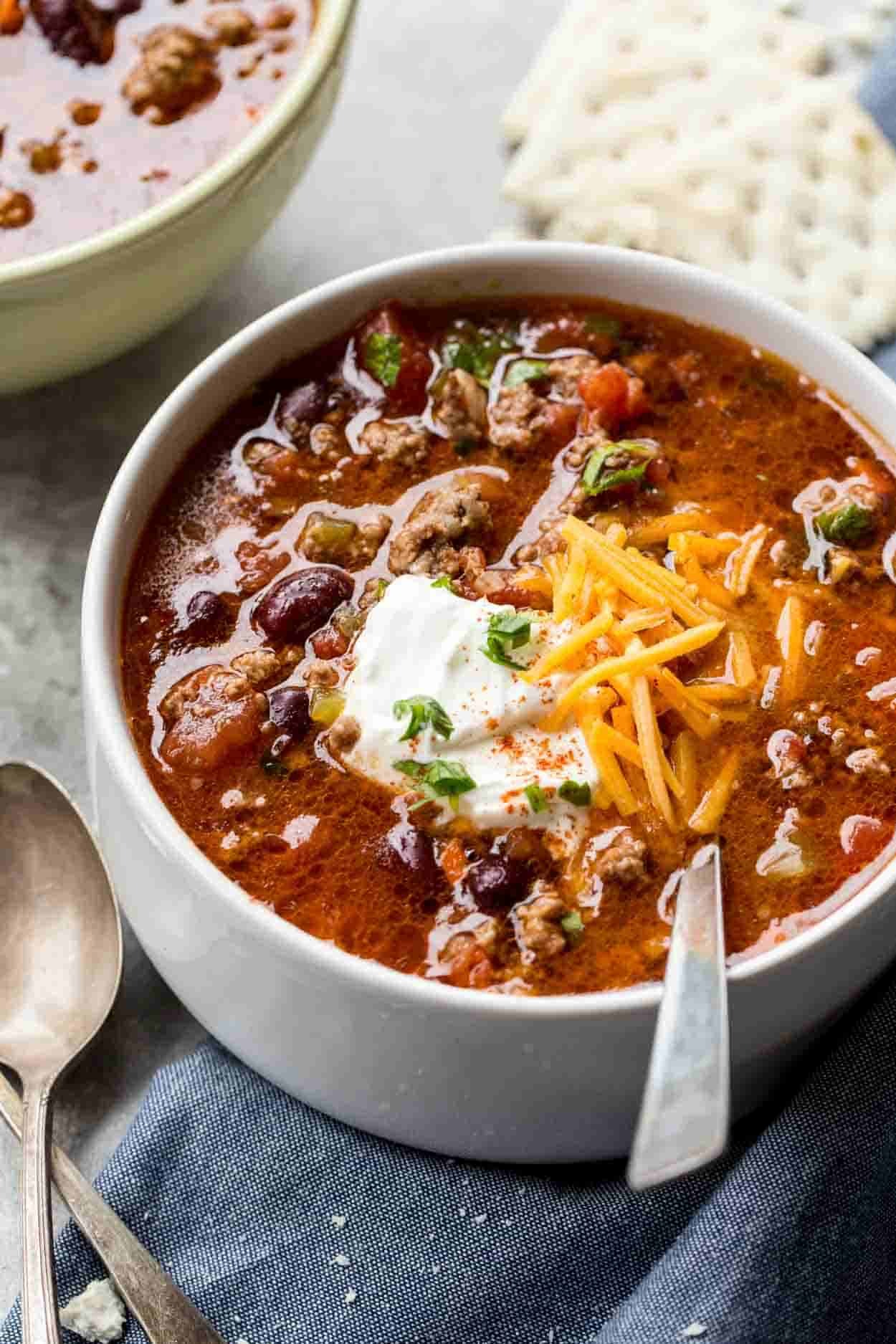 You use ground beef, or sausage, or a combination, or beef filet/steak. You can use chorizo (with some restraint) too. If it’s going to be green chili based, pork shoulder works. One of nature’s most adaptable soups. I’ve also eaten some seriously good vegetarian chili. I prefer it with a scone (doughnut without sugar) if you’re going to invite me over. I have served as a judge at chili cook-offs and don’t charge as much as Al gore does for a personal appearance (see below). 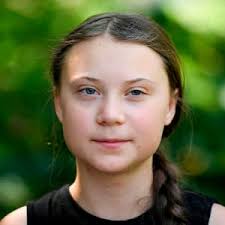 (more here) Democrat handlers are famous for e-mailing talking points and scripts to their puppets (such as those in the mainstream media).  The useful idiots are not supposed to acknowledge or attribute their statements/talking points to their handlers. They’re supposed to make you believe that they came up with their BS all on their own. Greta’s blunder, pulling the curtain back on the Wizard, may get her sidelined and the income stream that her mother, a witch, counts on, will dry up?

Does this mean that we’re not all going to burn up in global warming in four years from now?

The Religion of Global Warming

The sound of alarm over climate change can be traced back as far as the 1970’s. Climate Change has been a political and semi-religious article of faith for a long time.

In 1976, at 28, after joining the United States House of Representatives, Al Gore held the “first congressional hearings on the climate change, and co-sponsor[ed] hearings on toxic waste and global warming.” He continued to speak on the topic throughout the 1980s and was known as one of the Atari Democrats.

In recent years, Gore has remained busy traveling the world speaking and participating in events mainly aimed towards global warming awareness and prevention.

His keynote presentation on global warming has received standing ovations, and he has presented it at least 1,000 times according to his monologue in An Inconvenient Truth. His speaking fee is $100,000.

The Americans invented it during World War I. The flaming bayonet was an attachment to the standard American M1903 Springfield or M1917 Enfield which was placed below to the bayonet. 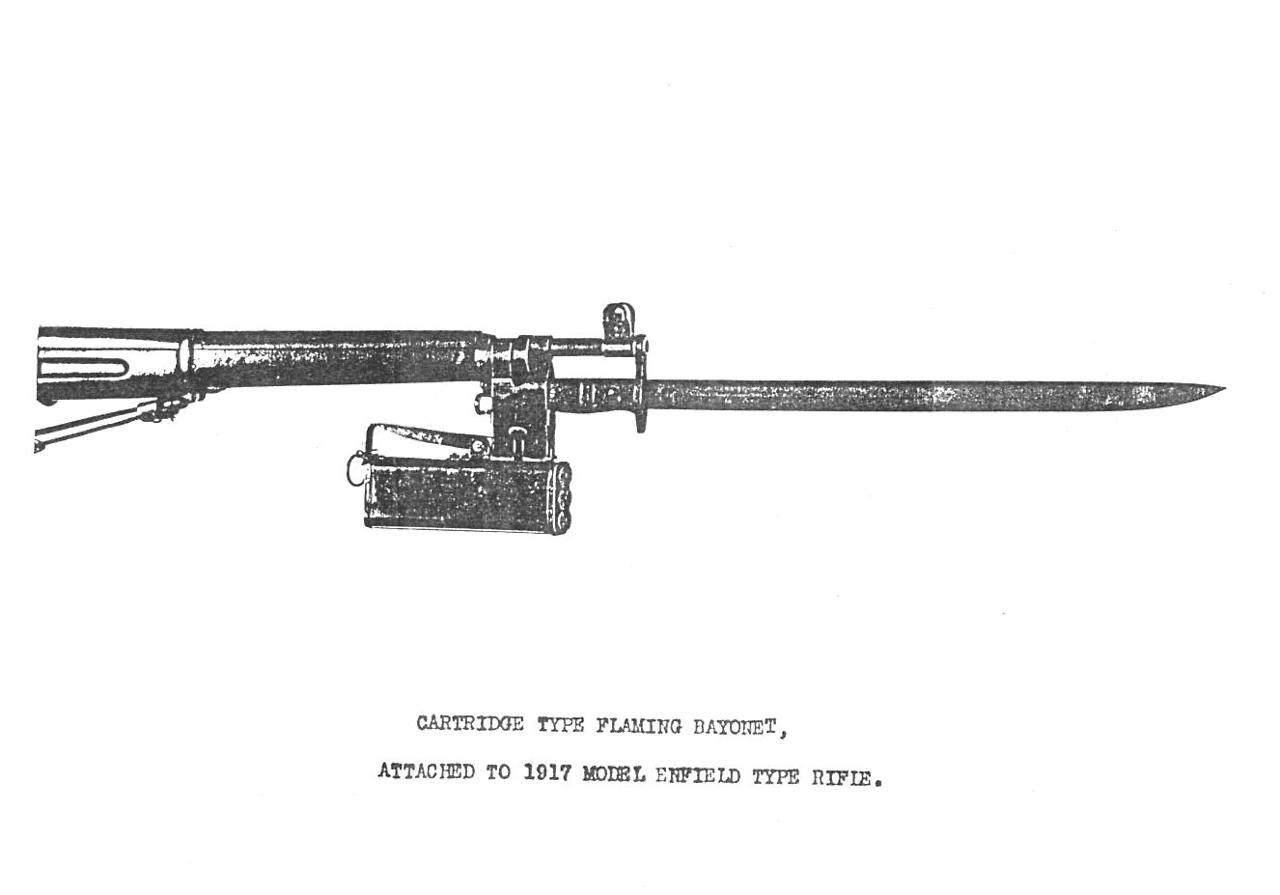 The attachment consisted of six cartridges loaded with flammable chemicals which could fire a burst of very bright flame up to ten feet. 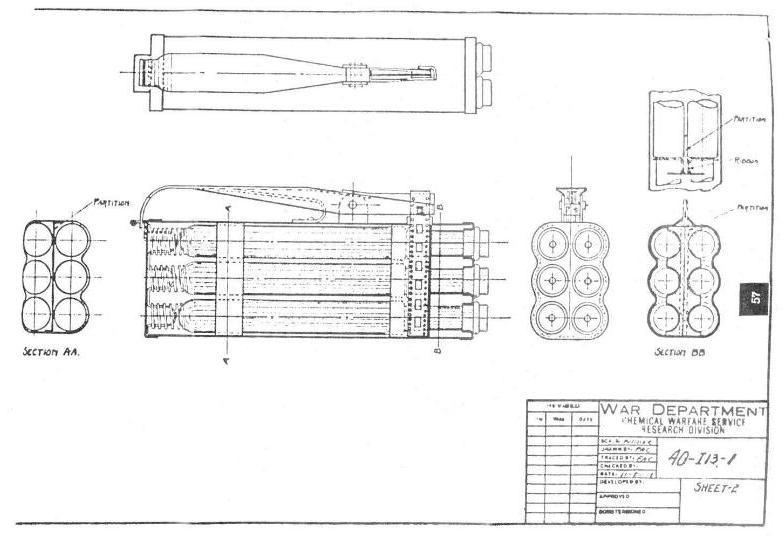 Its purpose was not to clear out trenches like a regular flamethrower, as it could only fire a quick burst. However it was intended to be used to distract or blind the enemy so that the user could close to within bayonet range. It is unlikely this device saw much combat.  The device had ignition problems, added too much extra weight to the front of a rifle, and was of dubious usefulness. The flaming bayonet  project was discontinued in 1919. 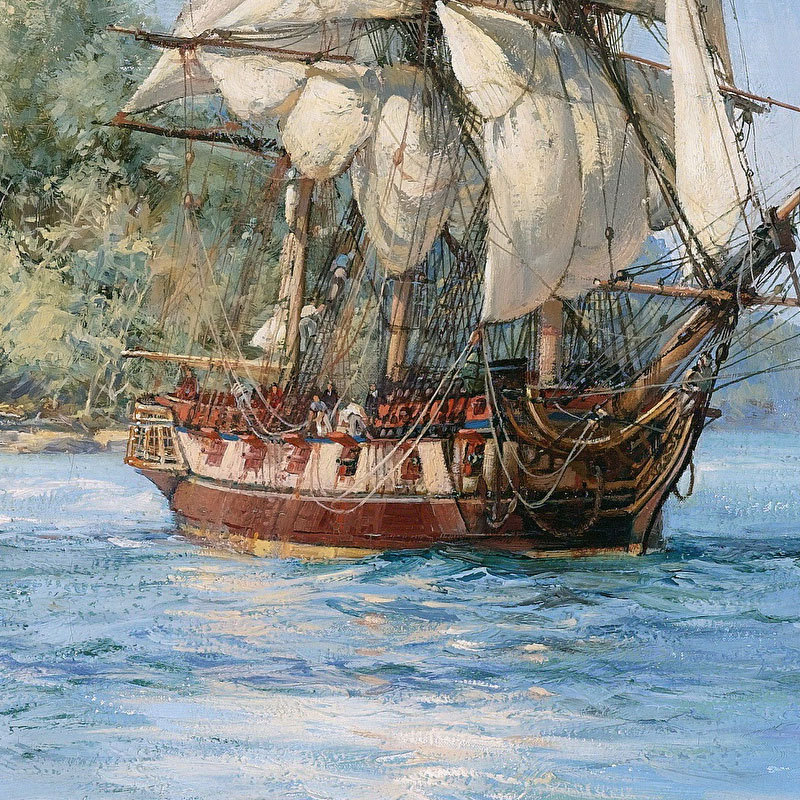 Coming to you on the Ides of March – Netflix. The real-life pirates of the Caribbean violently plunder the world’s riches and form a surprisingly egalitarian republic in this documentary series.

Yes, I’m still thinking about finishing my pirate book, but Red Mist is up first and I’m working on that.

Build it around the Beowulf epic.

We already know the Predators limit their weapons and numbers to make a hunt seem sporting. There are clearly observable rules: only one fights at a given time, they don’t kill unarmed bystanders, etc.

If a Predator was hunting some Vikings, and the humans only ever found piles of guts or flayed skin, then they would naturally assume the monster was eating them. After all, that’s what we do to the prey animals that we hunt. 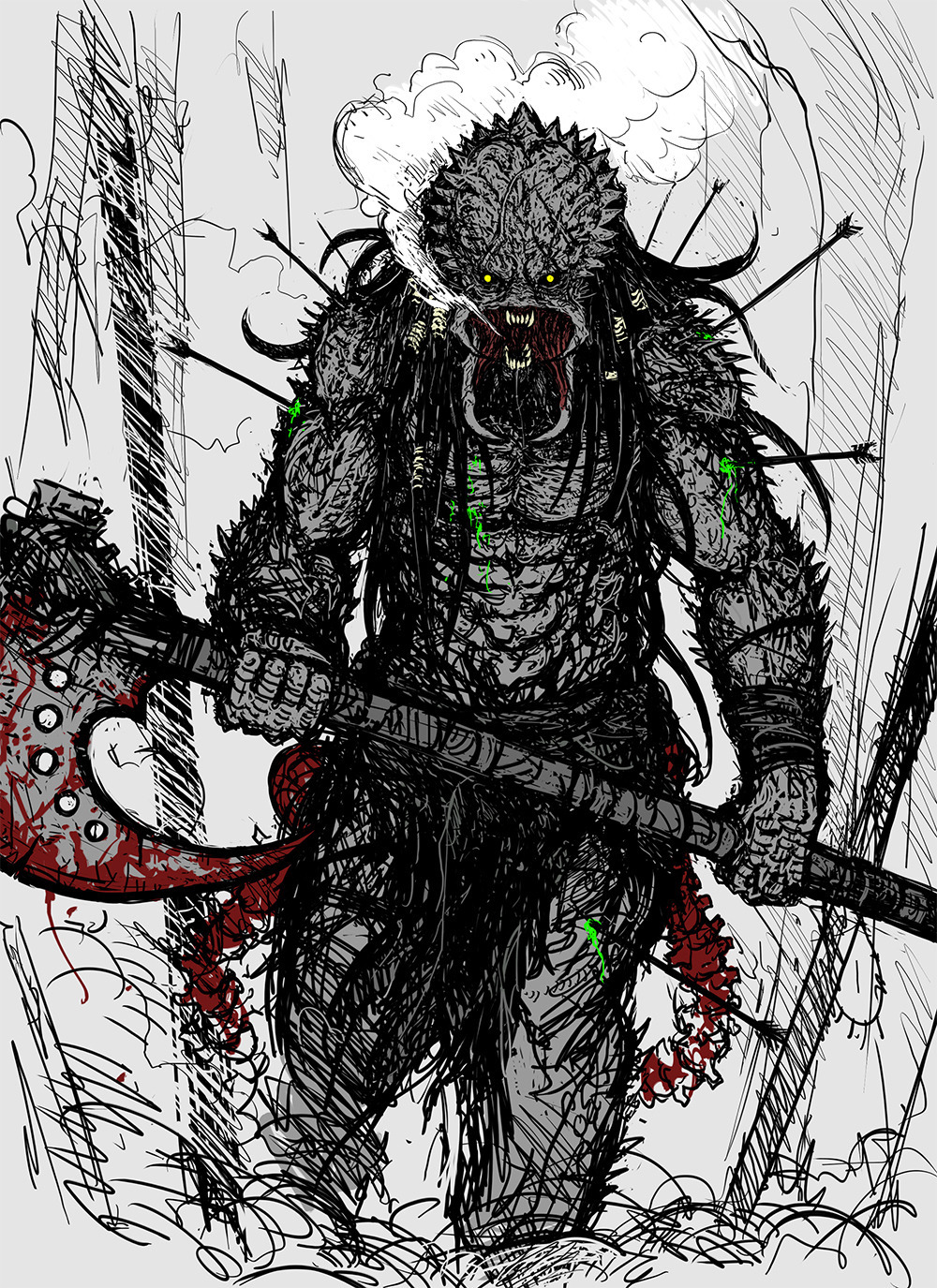 I think it would be a nice touch if the Predator was also limited to more basic technology. No invisibility, no shoulder cannon, only melee weapons to remain on roughly the same level as the Vikings. 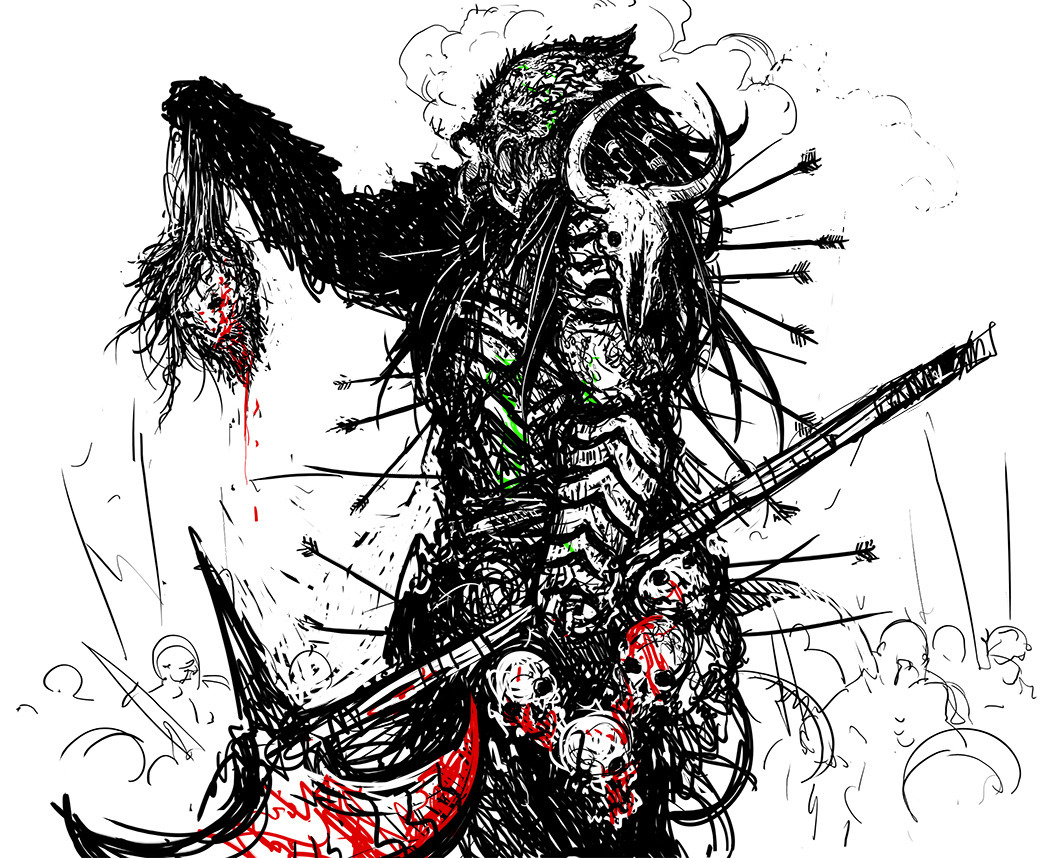 Then some freakishly big strong human comes along and wins a one-on-one duel. You’d have to cast a gigantic actor like Hafthor Bjornson to tower over anyone large enough to play a Predator and make a one-sided thrashing look believable.

Most anatomy experts agree that simply plucking a limb off to amputate the self-destruct weapon isn’t likely possible. A more likely explanation would be a compound fracture, which has a broken bone sticking out of the skin. That could allow a tearing injury to remove a limb. But movies suspend reality all of the time.

Ripping the whole arm off, bomb included, would prevent the mortally wounded predator from nuking the Vikings. Or maybe they nuke the vikings. That can happen too. But if they don’t go critical, it would force an older, more experienced Predator to go clean up the mess and retrieve the lost technology. That would be “Grendel’s mother” stealing the severed arm and killing the biggest guy in the room, mistakenly assuming it was Beowulf (actually Aeschere, Hrothgar’s best warrior).

The ensuing fight would simply show Beowulf tracking down the Predator ship (the hidden lair) by following the neon green blood trail. Then he uses some alien trophy blade to kill the remaining Predator after the Predator’s armor stops the normal steel sword.

Many Predator weapons are highly collapsible, which could explain why the giant-sword seems to “melt” when he’s done using it.

I wouldn’t include the dragon fight that happens decades later. That always seemed like an independent unrelated story to me. It could be a mama alien or something along that line.

I am not recommending that you watch this stupid film, but it does explain how an idiot and a whore end up running America in the future. 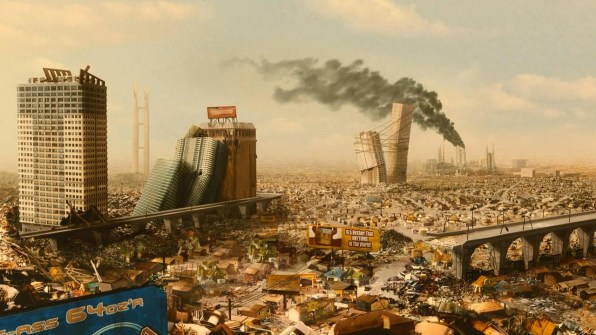 It wasn’t intended to be a prophecy – but…