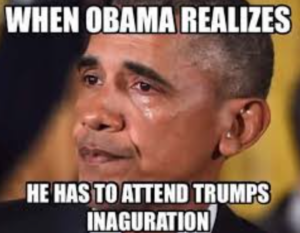 Facebook
Twitter
Pinterest
WhatsApp
In the intervening years, I’ve written a lot about my feelings about September 11, 2001. How fickle the American public that only 7 years later, they’d elect Barack Hussein Obama, who would spend his presidency on a tour around the nation and the world apologizing for America.

The cause and effect of that administration was the election of President Donald J. Trump, who personally witnessed the attack on 9/11 and a Republican majority in both houses of the legislature. Now there’s a big move to make America socialist? (WTF?)
Barack Obama is a man who would not say “Islamic terrorism”. During his time, we saw the rise of ISIS and his administration’s impotence to do anything about it. We also saw how quickly ISIS folded when we changed leadership.
My comments are that we not only need to remember the attacks on the World Trade Center, the Pentagon and the aborted attack on the White House due to patriots who stood up to evil – and the attack on the US Consulate in Benghazi (2012) over a decade later, but we need to look at ourselves as a nation and on the unwavering course that we need to take into the future for ourselves and our posterity.