A Trip to California DMV 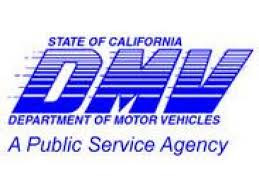 Facebook
Twitter
Pinterest
WhatsApp
I had to go to DMV today. I couldn’t resolve the situation and California law required that I make a personal appearance. I went to a less used, DMV, predominantly serviced by inner city people. I know that you’re expecting me to say that the experience was horrible, but I had a blast. If I didn’t have other places to be, I would have hung out there through lunch.

Start with the visual: The Star Wars bar scene, only with an inner city cast.

It turns out that Willy is in jail for stealing a car. He might be the baby daddy of the lady who sat behind me for almost an hour, talking to other. Then again, there are 13 other possibles and she plans to blame it on a Christian gentleman who she seduced who would not ask for a blood test. He’s employed, which seem (in addition to gullibility) be his only charming attributes. The Christian is a bum lay, but that doesn’t seem to bother our heroin because she has other gentleman callers. Bless her heart.
Willy didn’t steal the car, his other girlfriend, Cleo has a brother who stole the car, planted some drugs and then loaned it to Willy and dimed him off to the po-lice. He owes money to Willy for a much larger supply of drugs, but since Willy is on parole, he’ll be going away for a long time. Cleo’s brother is hosting a party tonight at his home to celebrate with other hood rats.
The set up is apparently an open secret because there were three or four people seated behind me talking about it, and looking forward to the party on Willy’s dope.
Then there’s Otis, who is simple of mind, and is trying to get a job, ‘but he can’t get no job’, because everywhere he goes, he steals compulsively. The longest he’s been employed was about a week. Otis sat behind me for a while and was on the phone with his mama. Otis also apparently has a problem with being a ‘ticket magnet’ for the local constabulary who make their quota on him alone. One of the others at DMV gave him advice as to the best way to get welfare. The City of Los Angeles would appear to be the best place to go because the food kitchens are lavish and feature ‘soul food’ every day. They also work harder to get you onto government programs because you’re down on your luck – which led to an usual display of anger toward Koreans and Chinese. In the ghetto, it is Asians, running the convenience stores, who clash more with inner city people than white people. It’s good that inner city people don’t have the capacity to be racist, because the blaggarding went on and on.
Roland, turned out to be the biggest mountebank. He is a pimp by trade and while he was at DMV, the girls (who can not be trusted) called him, having jacked his pimp ride from the parking lot. The joy ride went on while he fumed. Meanwhile, he made other calls to girls who are part of another pimp’s “bitch line”, promising them a greater share of their own labors if they’d come over to him. The girls driving the car have a planned obsolescence, and I’m sure he’ll dump the bodies in Bakersfield.