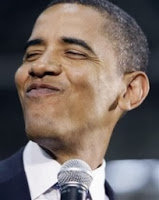 The only way for President Obama to achieve his dream of complete income equality is by taxing the rich. Rich people pay 86% of all income tax in the US, half of all Americans pay no income tax. Sure it’s vote buying but the 50% who don’t pay income tax seem to be fine with that.  The US Government is spending $7 million per minute and if you listen to the president, that’s not nearly enough.
People who believe in balancing the budget and following the Constitution are referred to as “extremists” in the parlance of the Obama Administration.
Disagreeing with the president on any topic raises that mantra of “RACISM”. I’m not sure how America could be considered racist when we have a black President, a black Attorney General and roughly 20% of the federal workforce is black while only 14% of the population is black. 40+% of all federal entitlements goes to black Americans – 3X the rate that go to whites, 5X the rate that go to Hispanics.
(According to Senator Coburn) There are 56 programs from 20 different agencies devoted to promoting financial literacy “intended to improve the fiscal acumen of the American people.” Fifteen of those programs cost $30.7 million in fiscal year 2010.
While it would be funny if it wasn’t so sad, there is no reliable data on the total cost of the financial literacy programs, and a government that itself is going broke is trying to teach others how to balance their checkbooks.