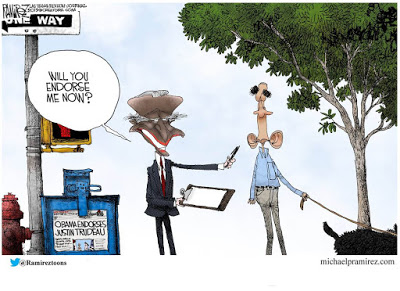 I feel a bit sheepish about laying odds and gambling even as a metaphor on a Sunday Sermonette. However, DRJIM asked what Vegas odds makers had on Hillary running in 2020. Based on the best available information (link) Hillary is a long shot. She’s behind Yang… (haha). If she runs. They feel that Donald Trump will win a second term.

Gabbard: Bovada has her pegged at 70-1, while BetOnline pushed her ahead of Kamala Harris, at 40-1. Bookmakers at both outlets set Harris’ odds at 50-1, which means the California senator’s odds have dipped each week for more than a month.

Then again, depending on who you believe, Gabbard may have the Kremlin pushing her past Willy Brown’s old sex puppet. 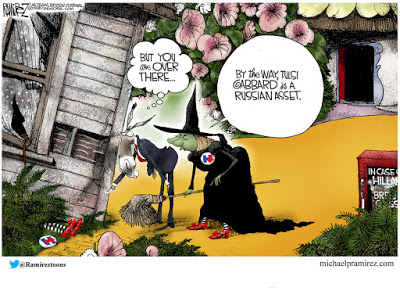 Educating the American Elite
The title is deceptive because the elite of the world send their offspring to American institutions of higher learning. It’s completely accurate if you can set aside your cultural prejudice for a moment. Students who study in the US for any period of time begin to absorb “America” even if they are from culturally insular groups in which students from the same socioethnic group hang out together and not with the locals.
There are advantages to attending elite schools, and this would include US Military Service Academies. It is because they reinforce the elite class bond. I’m going to focus on the private institutions of learning because that is where the American elite are spawned to attend. Those institutions have changed over the past fifty or sixty years. Fifty years ago they focused on our common history, on mathematics, on literature and now they don’t. Today they chant, they rant, they rally and exude the common glue that binds ruling class initiates (she/he/they/ze) together and usefully distinguishes them from locals during summer vacations by the seashore.
The power elite (everywhere) exists to perpetuate its own privileges. It has been this way since mankind has been mankind. Yale, Harvard and the rest of “Satan’s Vaticans” exist for the perpetuation of class and privilege. The reaction of enough Americans to this system, that benefitted only a few was to elect Donald Trump to the Presidency.
In the Middle Ages, priests exercised power over heads of state. Their mantra and their mandate was to promote what was ‘correct in the eyes of God’. In our present world, priests have been replaced by lawyers whose mission was and is to guide leaders by what is ‘legal’ – and if you have enough stroke, you can make anything legal. That’s why the current crop of Democrats advocate for a larger Supreme Court, salted with people who will make things that they want, legal.