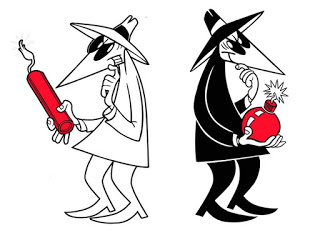 Sun Tzu in The Art of War, talked about different sorts of agents that a general might have, which are employed in the enemy’s camp to send information back. He identified five classes, or types of spies. (1) Native – Local spies; (2) Internal – inward spies; (3) Double – converted spies; (4) Expendable – doomed spies; (5) Living – surviving spies. Most spies don’t survive. It’s part of running agents in the field. I spent much of my adult life doing just that. It’s not a great job, and the satisfaction level that is derived by seeing the agents that you’ve developed, cultivated and sent in harm’s way perish is very small.
Sometimes those agents who you had hoped would end up in category 5 (surviving spies) reassign themselves roles outside of your control. They go off the reservation and risk downgrading themselves into category 4 (doomed spies). 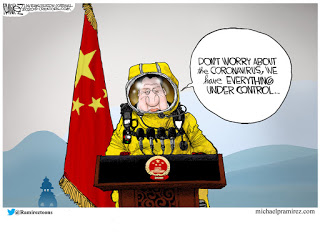 The dispatches from Wuhan, ground zero for the current plague, the coronavirus outbreak are reported from one such person, who I hope is not doomed, but has has first hand access to reported information, and has been reliable in the past. Source, with direct access to the numbers of dead being processed by the crematory in Wuhan, says that they are processing/burning 600 bodies a day, which is their maximum capacity.
The dead who can not be processed by the crematory are being burned in pits in the local landfill.
New facilities are under construction to be able to handle at least 1200 bodies per shift and they should be on-line shortly.
Prior to the plague, the average number of bodies burned in Wuhan was 200 per day.  They were handled on one shift. The facility is now working around the clock to manage the 600 number

Wuhan is the seventh-largest city in China with a population of about 11 million. 5 million fled the city before the military quarantined it and locked it down.