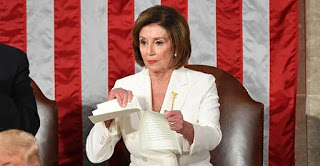 The donkeys thought that they’d bring President Trump down and his polling is higher than it has ever been. The Party of Pelosi humiliated itself in Iowa with the vote counting disaster. The Butt Guy came out of Iowa, apparently in the lead with The Old Communist right behind – neither of which had been scripted. And we know that the donkeys like to follow a script. President Trump will be acquitted by the US Senate later today with some Democrats breaking ranks to vote for acquittal too. That’s not the script either. 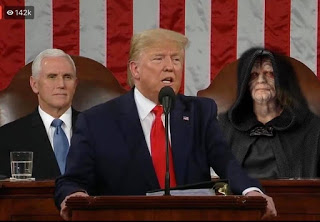 The House Leadership came across as puerile scolds, warning that President Trump will give Alaska to the Russians if he’s not removed from office. Jerry Nadler looks like a misshapen dwarf who waddles around and Adam (Shifty) Schiff looks even weirder. They whined about the Senate not calling witnesses, which was meant to make the Senate look bad but only raised questions about why the Democrats didn’t do that in the House.

It’s humor of a rare sort.

And what could be more ironic than having Hillary Clinton’s people design the vote counting app for Iowa, that failed. You know that they wanted to blame the Russians but even THEY couldn’t bring themselves to do that.

More on the SHADOW APP

Here’s what I’ve found out:

• Tara McGowan is the CEO of Acronym. She’s a Pete (Butt Guy) Buttigieg supporter, worked for Obama, and is married to Michael Halle, a strategist for the Butt Guy.
• Michael Halle ran Hillary Clinton’s 2016 battleground-state strategy and has many personal connections to the Democratic establishment
• Acronym invested in Shadow Inc.
• Gerard Niemira (Shadow CEO), Krista Davis (Shadow CTO), James Hickey (Shadow COO), Ahna Rao (Shadow Product Manager) are all former Hillary for America staff.
• Shadow Inc. developed an app that was used at the Iowa Caucus. It was going to be used at the Nevada Caucus, but the NV Democratic Party has since announced it won’t be using the app.
• The Iowa Democratic Party, Nevada Democratic Party, and Pete For America all gave money to Shadow Inc. 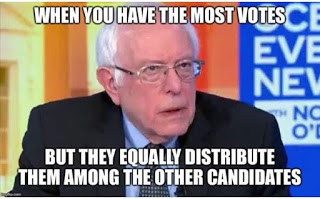