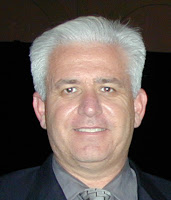 Why are there citizen journalists?

The mainstream media hates blogs like this one with a rampant passion. But why do we exist? Are we simply people with nothing better to do? We are the generally voiceless middle class. Most of us have raised or are raising families, we work and we feel that the balance and integrity that the mainstream media should have is TOTALLY lacking.

Most bloggers are disgusted with the bias of the mainstream media, which propelled Barack Obama, a man wholly unqualified to hold public office, let alone that of President of the United States. It goes a lot further than Obama, but he is emblematic of the problem.
Obama said that after﻿ his election, he will have more flexibility. He said this to Russia, who Obama also said is our biggest concern. The only reason he would need to wait until AFTER the election to have flexibility to do something with Russia would be that it will be unpopular, and would jeopardize his reelection chances. Either that, or outright illegal. Neither would surprise me. However, imagine how the mainstream media would have covered it if George W. Bush or Governor Mitt Romney made a similar secret pact with the President of the Russian Federation on an open microphone.
The news media is ignoring signs of mass revulsion towards President Obama. In the West Virginia Democrat primary, an incarcerated felon received 40% of the vote versus Obama. In deep blue Massachusetts and Connecticut, GOP Senate candidates are even, or leading in recent polls. In pro-union Wisconsin, Walker won by a country mile. But worst of all for Mr. Obama, several recent polls show Romney competitive in Illinois — Obama’s home state. Romney is actually winning by a landslide in the suburbs of Obama’s Chicago. Even in Cook County, the country’s biggest Democratic stronghold, Romney leads by double digits among independents (43-31) and white voters (53-40). These are very bad signs for Obama. But you won’t hear it on MSNBC, CNN or ABC.
After the 2010 census, electoral votes were added to states that lean Republican in elections: Texas, Florida, Arizona, Nevada, Georgia, South Carolina, and Utah. Deep blue Democrat states like New York, New Jersey, Illinois, Michigan, Minnesota, and Massachusetts lost electoral votes. Why is everyone running away from these ultra liberal, high tax states in the first place? Isn’t that alone proof of the failure of Democratic Party policies as applied in governing? Many bloggers are suspicious and voice their concerns, but you won’t see the Mainstream Media probing it.

The Tea Party was manufactured by a combination of abhorrent draconian behavior of Liberal icons such as Pelosi, Reid and Obama. The mainstream media still refers to Tea Party members in negative terms. Why such disrespect for a political opinion. They don’t show the same disdain for the Occupy Wall Street protesters who destroy, soil and defame. Why?
Enter the conservative bloggers. Be proud mainstream media. You’ve created us.
You’ve forced us to delve into stories that you fail to cover fairly and thanks to the Internet, we are able to express our opinions to the world without censorship. No, we’re not professional journalists, but you’ll note that our numbers are swelling thanks to you.