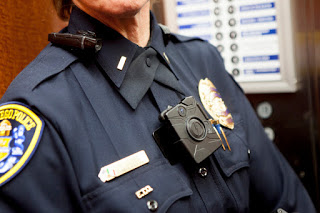 Facebook
Twitter
Pinterest
WhatsApp
Body Cams
The Black Community (whatever that is) is now upset that police are using body cameras. They don’t show police officers gunning down negroes, but they do show inner city people acting like a bunch of savages, aiding the police in convincing juries to convict.

Many black leaders are now calling for the elimination of body cams because – wait for it – they’re racist.
Isn’t that just precious?
My personal feeling about body cams is that they are generally a negative thing that causes officers to be less diligent. However, the police have found that cameras in the cars that cover traffic stops and body cams have kept them from being sued and they work out well in court. So there’s that. They also film drunk drivers taking a field sobriety test and later when the drunk claims to have passed, or that the police were racist, they just bring out the film and let the jury decide.
Alexa 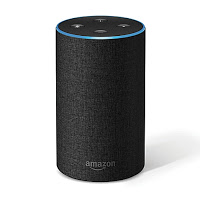 My daughter bought me an Echo for Christmas from Google. She and my son-in-law use theirs at home and they have a particular love for tech.
I do to, but have concerns that it may be used for unholy purposes. So I’ll wait until I’m at the White Wolf Mine permanently to switch it on. No bandwidth, no problem with Alexa telling tales out of school. But Alexa may not take direction in those circumstances and I may just need to operate my phone’s music play list manually. There are benefits to no bandwidth.

(Fox News) White House Press Secretary Sarah Sanders took to Twitter to call out Amazon after her young son inadvertently ordered an $80 toy using the the company’s Echo device.
“Alexa, we have a problem if my 2 year old can order a Batman toy by yelling “Batman!” over and over again into the Echo,” Sanders tweeted on Sunday.

Naturally, the venal, filthy, sly, smug, elite media is outraged that Sanders used her twitter account to express outrage. They would never approve of something like that would they – unless NBC was pimping “Our Candidate (Oprah) for President”? Then it would be cool.

Disgraced former FBI Director James Comey reportedly received US$ 6 million for security consulting work from Lockheed Martin after he was removed from office.

Comey is said to have been made wealthy during his time at the FBI. I don’t have any details on this and can’t say whether the rumors circulating are true. Make of it what you will.

The question in my mind is not whether this is hush money or not. We easily surmise that it is.

Did disgraced former Director Comey know that Clinton Foundation money was funneled (laundered) through the law firm of Perkins Cole to retain Fusion GPS before they created the phony Trump dossier?

Did Director Comey sign off on it? We don’t know those answers yet, but the ball of yarn is beginning to unravel. Did former President Barack Obama know about it/sign off on it? Whose finger prints are on the dossier and when did they know? This is significantly worse than Watergate, yet much of the press is suspiciously uninterested in it.

First off, thank you to Jeff and others for making some really cool suggestions for keeping the compound connected to the world. By way of update, I’m edging toward setting up a relay that would simply act as a tower clone to boost the signal with a directional beam rather than an omni directional boost so that I can get the gain I need (in line of sight) from the repeater. Will it require two repeater/relay towers? I don’t think so… Other solutions may present themselves going forward but I’m trying to keep it as simple as possible.

The masonry is within a few days of completion and we’ll be pouring concrete slabs within a week. The first snow of the year will hit the area this week but I don’t think that it will stick. That may delay the pour for a few days. But warm weather is predicted after the snow.

I’m very close to finalizing cabinet design. And there will surely be other things that will need attention moving forward. The windows were ordered to avoid a 10% price increase. Lumber is more expensive as well with the demand for reconstruction in Texas and Puerto driving the price higher (thanks Houston). The steel came in on budget and the steel roof should be in on budget as well. Things like the bandwidth issue mean that I’m sweating some other aspects of the build past the basic hovel. With luck, new work will come in and I’ll remain on target.