The Goals of DACA 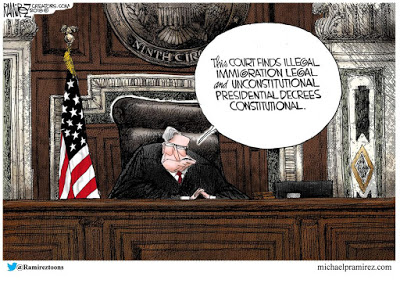 Facebook
Twitter
Pinterest
WhatsApp
Barack Obama created DACA, which for a time had been presented as a holy grail for Democrats in the hopes that the 800,000 DACA grantees could bring in many millions of (often shiftless) relatives from third world (call them what you will) nations…all of whom would vote Democrat.
Ending chain migration and anchor babies at the same time as you grant limited residential status for those who filed under DACA is clearly insufficient, as most of us have predicted.
And while liberal heads explode on CNN, the stock market soars and companies are doling out bonuses and raises to their employees, threatening to derail Democratic Party dreams of an electorate dependent on them.
With DACA, the Democrats have a tiger by the tail. The only way they’ll get what they want is to give up the underlying agenda.