The general move and mood of the day is that the US supply chain needs to be vertically integrated in North America for any item deemed to be ‘critical’.  This means that US factories, currently located in China need to either leave China or set up a parallel manufacturing system in the USA. Since labor rates in China have skyrocketed over the past decade, the advantages to locating a business in China have diminished.

The move will likely cost China somewhere between US$400 billion and $500 billion in exports. The question of whether China will continue to buy agriculture products from the US remains, but there are other international markets for US farmers. Likely China will still buy US agriculture because it can’t feed itself. Or it will buy Australian Beef (good beef). A swine plague wiped out the Chinese pig population last year before the COVID Chinese Plague created a human pandemic.

Viruses love the worker’s paradise. What else can you say about the place.

Foreign Affiliated Sales (FAS) by US companies doing business out of China (for Chinese markets and for export from China) amounts to US$600 billion. That will simply be diminished over time as the supply chain moves from one place to another. US investments in China are about US$2 trillion. How that came to be is a discussion for another day. Adding all or part of that $600 billion to the US/North American economy will be significant.

As investments and manufacturing leave China, they will not all return to North America. Other Asian markets (hostile to China) include Vietnam and Japan and trade will go there. Indonesia (280 million people) stands in a difficult position as does Malaysia (32 million people). They are Muslim nations and if there is anything that the Communists Enjoy, it’s persecuting its own Muslim citizens and putting them into re-education camps to make good comrades of them.

Beijing slapped an 80 per cent tariff on Australian exports as punishment for demanding an independent coronavirus inquiry – which 100 nations including the UK supported. I wonder how that is going to play out? Will the British respond or will they be cowed by the Communist Chinese?

Last month, Foreign Secretary Dominic Raab said China faces ‘hard questions’ about the source of the coronavirus pandemic, adding there would have to be a ‘deep dive’ into the facts around the outbreak. He also said it wouldn’t go back to ‘business as usual’ between the UK and China after the pandemic eases.

Chinese state media and leaders warned of trade retribution that could wipe $135 billion from the Australian economy. Maybe the 100 nations that joined Canberra in calling for an independent inquiry need to DIVORCE THEMSELVES FROM CHINA?

Some suggest that there will be a US Trade Zone and a Chinese Trade Zone that will include Europe (except the UK). I don’t know if that’s how it will go down. Yes, Europeans are a fickle lot, but I don’t see them throwing in with China. Most of them are not happy with the millions of military age Muslim male that settled in. Giving what is left over to the Communist Chinese doesn’t seem to be getting much traction. What about Italy? Ready for another virus with your pizza. Lots of grandparents died in the recent plague in Italy. Even Iran is re-thinking having a Chinese Belt Road terminus in their Islamic Paradise.

The Donkey Party in America hates the Russians. What does that suggest to you? I’m not saying that we need to have a love fest with Russia or a Clinton style Russian Reset. However, Russia has NEVER trusted Communist China. They will sell oil to China because its in their interests to do so. I get it and I don’t blame them. BUT I don’t see Moscow trusting Beijing. The US is a better and more reliable trading partner and Russians are pragmatic.

When CNN and MSNBC blaggard Russia every single day, you need to take a step back and ask yourself why. Clearly those propaganda outlets do NOT have American interests at heart.

Back to the Divorce

China can retreat behind the Bamboo Curtain and be what they are. Maybe if they are content with that, they can avert a war with the rest of the planet. Maybe they’ll try and collect on foreign debt, but how will that work out? I’ve heard that Italy owes them money. How quick will the Italians be to pay that off. The same is true with many nations.

The first step is for the world to seriously scrutinize Communist Chinese visa applications. Second, recognize Taiwan. They deserve it and it ticks off Beijing. Third, establish bi-lateral trading relationships, avoiding China as a trading partner whenever possible. 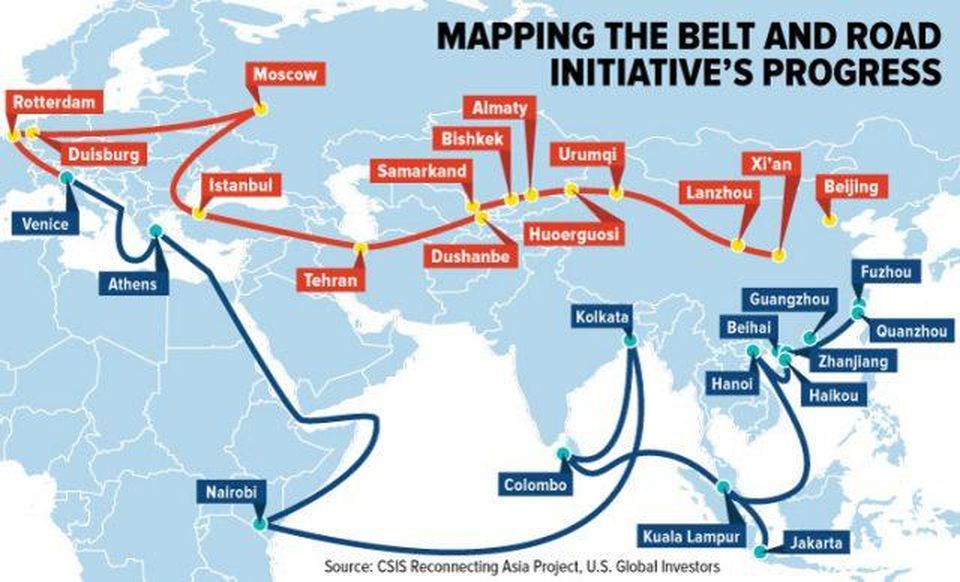 Fourth, disassociate yourself with the China Belt Road Initiative.

It’s ok for China to remain China, but they need to stay behind the Bamboo Curtain.