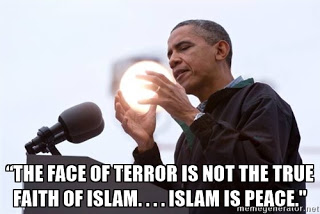 Facebook
Twitter
Pinterest
WhatsApp
The worst is yet to come.
Normally I’m not a glass-half-empty sort of person, but are there any among us that think that the Muslim with the butcher knife who cut up 8 people in Minnesota, shouting “Allah akbar” (if you’re a prog, you will contend that he was saying “aloha snackbar” and it wasn’t an attack on religious grounds), is not emblematic of the problems that everyone on the planet has with the religion of peace?
Charles Martel (718-741AD) had the same problem. It hasn’t changed. The only solution that works was the solution that Martel settled on. It’s what the Russians have done. Have you heard of the problem of Muslim unrest in Chechnya lately? NO? Really? Has the mainstream media covered it for you? NO? I’m shocked.
No, I’m not really shocked, they simply removed the Chechens living there and resettled the place with Russians (Russian Orthodox Church) and the problems ended. No more bombings in Chechnya, no more stabbings or shootings, because there are no more Muslims living there. Barack and friends constantly point to places like Norway as models, but the Norwegians deported most of the Muslims living there. There are a few vetted Muslims remaining but Section E-14 has been re-established quietly to keep an eye on them and their friends outside Norway, working closely with Polities sikkerhetstjeneste, the Norwegian Security Police (secret police) Security Service. The reason is clear. As a group, Muslims, tend to pose a threat to national peace and tranquility wherever they show up.

If America wishes to embrace the savages, then we need to expect the sort of behavior that is emblematic of any population that has a significant Muslim population. Pressure cooker bombs, stabbings, shootings, etc.
The Norwegian model for deporting Muslims who show any sign of radical disposition works. The progs in America wouldn’t stand for it — until somebody they love is slaughtered by the barbarians. Then it changes.