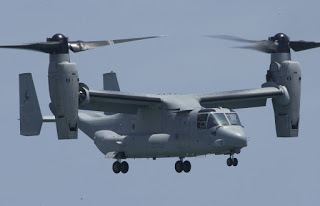 “They say that it’s raining, Mr. Lawson.” Olga Shearing told the boss as he stepped out of the OV-22 Osprey with no markings, that had just landed. “They’re combat ineffective.”

Lawson folded the briefing papers that Olga cabled to him earlier in the day. He put them in his pocket and looked up at the clear, blue sky through dark aviator sunglasses, absently running his fingers through his white hair. “Raining?”

Olga shrugged a ‘yes’. Bryce Lawson had been around The Company for a long, long time. Rumors abounded that it was Lawson himself who’d deflowered the Virgin Mary. Others suggested that he’d held the cloaks of the Romans while they pounded the nails into Jesus-on-the-cross. Some said that he pounded the nails himself giving the Roman executioners tips while he did so. A lot of people feared Bryce Lawson but she didn’t know anyone who understood him beyond the legend that grew up around him. He looked so normal, just an old guy — but still the guy who gave advice to Eve in the Garden.

Olga had never met him before and the man she walked next to didn’t impress her with any of those allegedly well-deserved reputations, but there was something about him that she couldn’t quite put her finger on. Maybe it was confidence? In a world of uncertain people, Lawson screamed certainty.

Olga worked with one of his ex-wives, also a Virginia Farm Girl, when she was state-side assigned to Global Targets Division. Sylvia Lawson, the ex, never said a single word about him. Not even when she was drunk on grapa and raving. Olga asked whether or not Sylvia’s refusal to comment was due to fear. Sylvia, a Rhodes Scholar and former Miss Florida said, “no, it’s respect.”

Olga followed in Lawson’s wake as he spoke to a few of the Agency’s contractors, who provided security now that the egg heads who created the goat-fuck by sending in the Army had departed. She fervently hoped that she would not be held accountable for a NASA decision. There was the natural worry that Lawson would simply make a phone call and have her relieved short of tour and sent back to headquarters, where there would be a desk, and the trite, meaningless tasks as a cog in the great machine. That’s how it happened when things went horribly wrong. There would be the inevitable whispers and gossip within the bureaucracy, but her career would be finished. Lawson had the power to do that to her with nothing more than a grunt and a sideways glance. Her recourse, given the nature of what happened, consisted of resignation, suicide or both.

It had been one of those incredibly strange things and Olga didn’t know quite how the sequence of events had landed her there. Iceland called NASA, and the NASA people were mostly ex-Air Force. One of their people encountered ‘something’ in the steaming, burning caldera and they panicked, grabbing the Special Forces A-Team who was training on the other side of the nation-island. It had nothing to do with her, nothing to do with the Agency.

And as with so many things which had happen in the course of screw-ups, it defaulted to the Central Intelligence Agency to try and determine what-in-the-heck was going on. As the “nation’s first line of defense”, it had that role, even in Iceland if the Icelanders, and Denmark, had handed it off to the US to deal with. The director sent his favorite fireman, the ancient of days, Bryce Lawson.

He took off his sun glasses and looked at Olga, “Ms. Shearer, shall we go in?” Bryce Lawson tried to be polite. She trailed Lawson as he sauntered slowly into the Containerized Housing Unit (CHU) and looked at what remained of ODA5116. “Frazier. Staff Sergeant Frazier.”

Frazier turned his gaze from the window to Lawson. Lawson turned to Olga. “He’s the one who carried the decapitated captain out? Fireman’s carry?” Olga nodded. “That’s why he’s drenched in blood?” Olga nodded again. “Walk him into the shower, strip off his clothes yourself, then take yours off and wash him down. He needs a woman’s naked body next to him under hot water.”

Olga’s eyes bugged and she wanted to say something, but she didn’t. She did precisely what Lawson asked because he was Bryce-fucking-Lawson, and his will was too great for her to resist. That and he spoke with such great compassion that she wanted to do what he directed her to do.

The scalding water cascaded over them in the shower and Alan Frazer sensed that he was being washed. All of him. The fog lifted ever so slowly, as her nipples touched his back and she gently scrubbed his hair and massaged his scalp. He became aroused and she stroked and pulled until he released. More hot water, more soap and he opened his eyes as she led him from the shower and handed him a towel.

Seeing Olga almost for the first time, toweling off next to him, Alan covered himself and blushed. “Where the fuck am I?”

“Here, sergeant, let me put some bandages on your face.” Olga sat him down on a wooden bench and unashamedly dressed his wounds.

Alan Frazier presented himself to Lawson who sat on a crate in the cargo bay of the Ov-22, eating a tuna sandwich and drinking from a dark amber bottle. Frazier wore clean, pressed khaki clothing that Olga handed him, and felt very different from the way he had an hour before. His memory of the stupor he’d been in faded to the point where he wasn’t all together sure that he’d been in a stupor at all. “Who are you and where’s the bus that hit me—–sir?” He looked back outside and said, “isn’t there a destroyed village out there? There’s nothing as far as the horizon except the CHU and that command trailer with the NASA logo on it.”

“Oh God, Yes.” Olga told him that the old man’s name was Bryce Lawson and that he wanted to speak to him. Nothing more.

He pointed to a blue and white plastic flip top cooler lashed down to a palate with other equipment in the cargo bay. “There’s a bowl of tuna, green onion and pickles, light mayo, a bit heavy on the mustard and pepper. Throw that between a couple slices of bread, grab a beer and some chips.” He pointed to one of the canvas sling chairs attached to the aircraft’s bulkhead. “Then sit and we can talk. You’re feeling weak aren’t you?”

Frazier nodded. Then he assembled a sandwich, sat on the cooler instead of the sling-chair and took a bite. “It’s good.” The beer, Nøgne Ø Imperial Stout, was a brand he’d never seen before. He sampled it and said, “That’s good too.”

“I made the tuna this morning, though I must confess, when I did, I never thought that I’d end up here today. The beer is a Norwegian. I was there — in Norway, this morning.”

He took another bite, chugged half of the bottle. Then he took another  bite, tore open the bag of potato chips and ate a few of those. Alan finished the beer and felt ready to talk.

“It’s Loki’s fire.” Lawson pointed off in the distance to the plume of smoke. “The Norse attributed what you experienced to the god, Loki, the trickster and lord of fire. Fire can warm you, save you, cook your food, comfort you and burn you to death in your house with all of your children around you screaming. All from the same pile of sticks burning in front of you. When it happened in antiquity, they attributed it to Loki and his unpredictability.”

“You believe that, Mr. Lawson?”

“Of course. They did think that it was Loki.”

“Are you pulling my chain?”

“Certainly. Have another beer and toss me one while you’re at it.”

Alan Frazier dug through the crushed ice in the chest and retrieved two bottles. He tossed one to Lawson and opened the other.

“We are aware of other times that this situation that you found yourself in has happened. The Chinese or the Russians may have had encounters like yours but they buried it just the way that we did, so there’s no knowing there.

“The first that we have a solid record of involved an encounter with the Delaware State Police in 1928. They killed themselves afterward and the only accounts we have are all contemporaneous to the event but I’m convinced that they faced the same thing that you did. There was another situation in Alaska with an oil drilling crew. Only one of them survived. A young man who’d just returned from combat in Vietnam with the Marine Corps up on the DMZ. He’d been wounded near Phu Bai and when he left the Corps, he gravitated to roughnecking. After the encounter, he found other work. And then there is you, here in Iceland.”

“And the woman who, uh, showered with me.”

“Resurrected you, yes, she works for the same alphabet agency that I work for. She is very good at what she does, but she doesn’t know why she is. Don’t worry about that. She did her job.”

“It was raining.” Frazier looked at the clear sky.

“You think so? Go back into the CHU and the men in there will claim that it still is.”

“Dead. Same with sergeants Broadmoore and Kelly. If you waked into that CHU, you’d swear that Sergeant Tarrell is there sitting on a bunk, looking at the rain, but he’s not. He’s dead too, laid out in a body bag in the shade between Sanchez and Kelly.”

“You mean, ‘by what’? Now that is the question isn’t it? Do you remember the encounter?”

“No. I don’t recall much. The last thing that I remember we were in Kentucky — Fort Campbell, and there was a training evolution we had geared up for. The details are — I don’t remember much of even that. What will happen to the rest of them, my friends?”

“They’re insane now. They will remain like that. Maybe in the psych ward at Walter Reid, eating pudding, looking at the rain on the windows. You are different because you picked up your captain and carried him out. They panicked and ran.”

“How do you know that they panicked and I didn’t?”

“You’re here talking to me and they are still in there.” Lawson shifted subjects, “Iceland has a bureau that deals with volcanoes because they have a lot of them and they study them. They’re very good at what they do, so when they saw that caldera forming,” Lawson pointed to the plume of smoke,” they sent a team, but it wasn’t like any volcano that they’d ever seen. They thought that it might have been a meteor strike, so they called NASA. They thought that it didn’t look right. They were correct.

“NASA came, screwed around with it, panicked, called your team which happened to be handy, and when things went to pot with you all, they split. Somebody called me, and here we are.”

“And who exactly are you,” Frazier asked?

“It really doesn’t matter. What does matter is that you’re going back there and this time I’m going with you.”