The War in Syria (update) 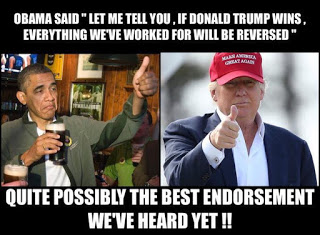 Facebook
Twitter
Pinterest
WhatsApp
There are a number of things going on and it appears that some of them seem to have motivations in the upcoming presidential election.

Before I move onto the American moves in Syria, the Clinton News Network/CNN has an article out about how you shouldn’t believe your lying eyes. America is doing GREAT under the Obama Administration. Jobs are plentiful and the economy (which has had 1% growth in each of the 8 years of the Obama Presidency) is booming. The stats cited are gaffed and are worthy of an e-mail from Hillary R. Clinton – total bunk. There is desperation on the part of the Left (and the CNN propaganda machine) to portray Barack and Hillary as competent.

On to the War

On 17 September, two F-16s, two A-10s, and a Reaper UAV carried out strikes on positions held by Syrian government troops located 6 km to the south of the Deir ez-Zor/Dayr az Zawr airfield.

The US called the attacks an “accident” but I have difficulty believing that.

Taking advantage of the US air strikes, ISIL insurgents launched offensives simultaneously with the strikes in this area. Syrian ground troops supported by Russian aircraft beat the ISIL regiment back.

“A spokesperson for the Russian Ministry of Defense criticized the US airstrikes on the 17th. Maria Zakharova said the strikes jeopardized a Russian-US agreement on Syria and looked like evidence that Washington was helping the Islamic State (ISIL) militants.

“We are reaching a really terrifying conclusion for the whole world: that the White House is defending ISIS. Now there can be no doubts about that,” according to Zakharova who spoke on Rossiya-24 TV.

“We demand a full and detailed explanation from Washington. That explanation must be given at the UN Security Council.”

“If these strikes were due to an error in the target coordinates, that would be a direct consequence of the US’ refusal to coordinate with Russia its fight against the terrorist groups in Syria,” the Army statement read.

The attack on the 17th was the most serious US attack against Syrian government forces during the civil war. It virtually wiped out a defensive position that ISIL immediately tried to exploit. The Russian media treatment implies there was coordination.
Aside from the tactical impact, the US attack hammered on the weakest parts of the US-Russian cessation of hostilities agreement. Those are the complete lack of trust in the good intentions of each other and the fact that the US and Russia are pursuing conflicting approaches for ending the civil war. The two statements show the Russians are beyond distrust; they have concluded the attack was not an accident.
The Russian backlash against the US will be reflected in the negotiations about coordinated operations in the next phase of the ceasefire, if there will be a next phase. At this juncture, the foundation for an agreement does not exist.
In July, as talk of the ceasefire began, US news services received a copy of a draft US proposal for cooperation with the Russians in a joint coordination center. Official sources denied the validity of the draft at the time, but last week US Secretary of State Kerry made statements about cooperation that were identical to articles in the draft proposal.

The Russians – along with the Iranians and Lebanese Hizballah – are present in and conduct military operations at the request of the UN-recognized Syria government. The US is operating as a “maverick” element because we are really not in favor of any of the parties presently engaged. Yes, there is the so-called “moderate Syrian cadre”, funded by the CIA, but it’s very small, and is not capable of doing much of anything in the foreseeable future. This covert action (which is anything but covert) has been completely bungled by the Obama Administration. The US attack on the 17th has destroyed any possibility of effective coordination, much less cooperation, between the Russian and American military contingents. The ceasefire is likely to collapse soon, possibly this week, because the Russians will never believe the attack was an accident.