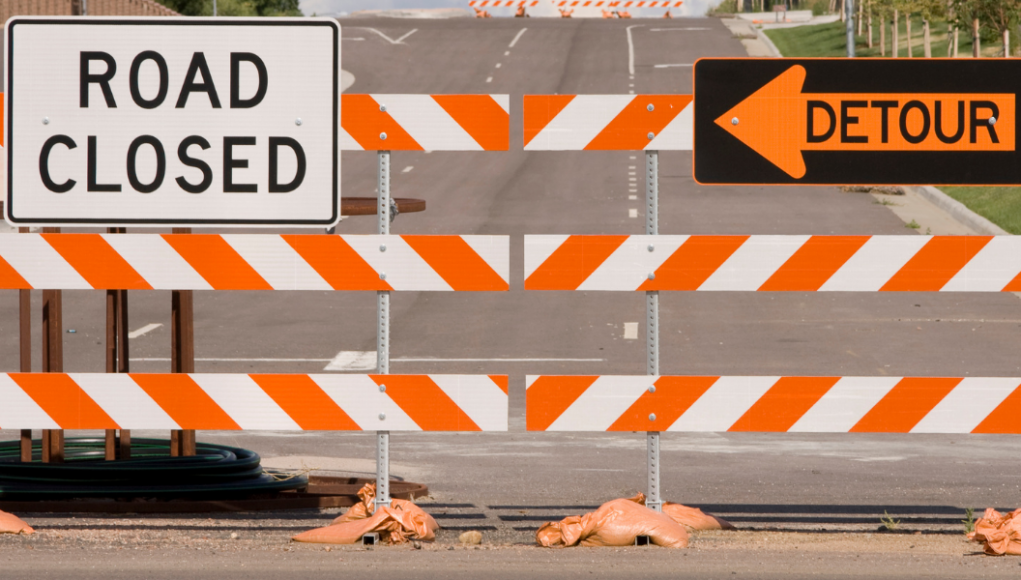 News of the Moon

(News) (h/t Claudio) For the first time, scientists have grown plants in soil from the moon collected by NASA’s Apollo astronauts. Researchers had no idea if anything would sprout in the harsh moon dirt and wanted to see if it could be used to grow food by the next generation of lunar explorers. The results stunned them.

“Holy cow. Plants actually grow in lunar stuff. Are you kidding me?” said Robert Ferl of the University of Florida’s Institute of Food and Agricultural Sciences.

Ferl and his colleagues planted thale cress — a small annual weed related to mustard and cabbage  — in moon soil returned by Apollo 11’s Neil Armstrong and Buzz Aldrin, and other moonwalkers. The good news: All of the seeds sprouted.

The Apollo astronauts returned from the Moon with samples FIFTY YEARS AGO. And they are just getting around to see if plants will grow in the soil.

WTF is going on with NASA? They waited fifty years to give it a go. I agree that the news is important and timely, but why wait so long. Three years, I can understand, NASA bureaucracy being what it is.

Do you have a preference? 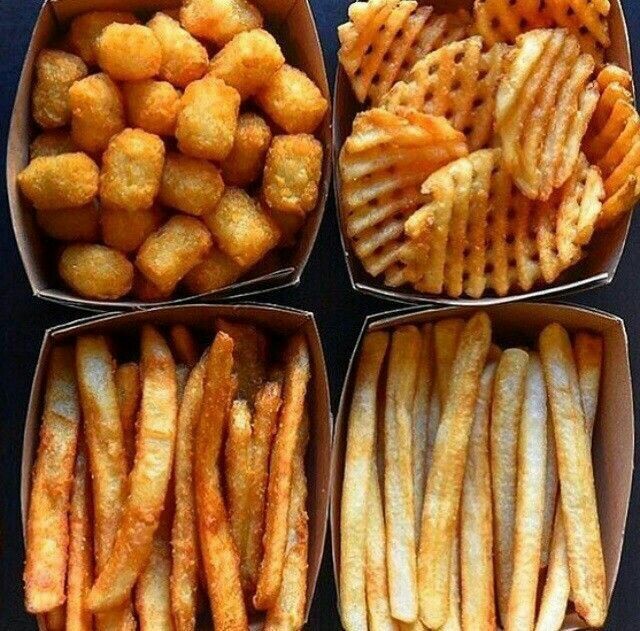 I like to dip them in blue cheese dressing as well as catsup – don’t be a hater.

Bringing in business since the end of the academic has been a challenge. Yes, there was that Ukrainian high-value rescue,  but you’re only as good as your last game. The project we undertook to place Small Modular (nuclear) Reaction Plants in Greece slowed down because of the Ukraine mess. Don’t ask me why, but it’s true. A lot of it has to do with American politics and the clowns who call the shots there now. My little company consists of a small network of people who have known each other for a long time.  I’m afraid that it’s time to go for some low-hanging fruit irrespective of the roadblocks that we face. 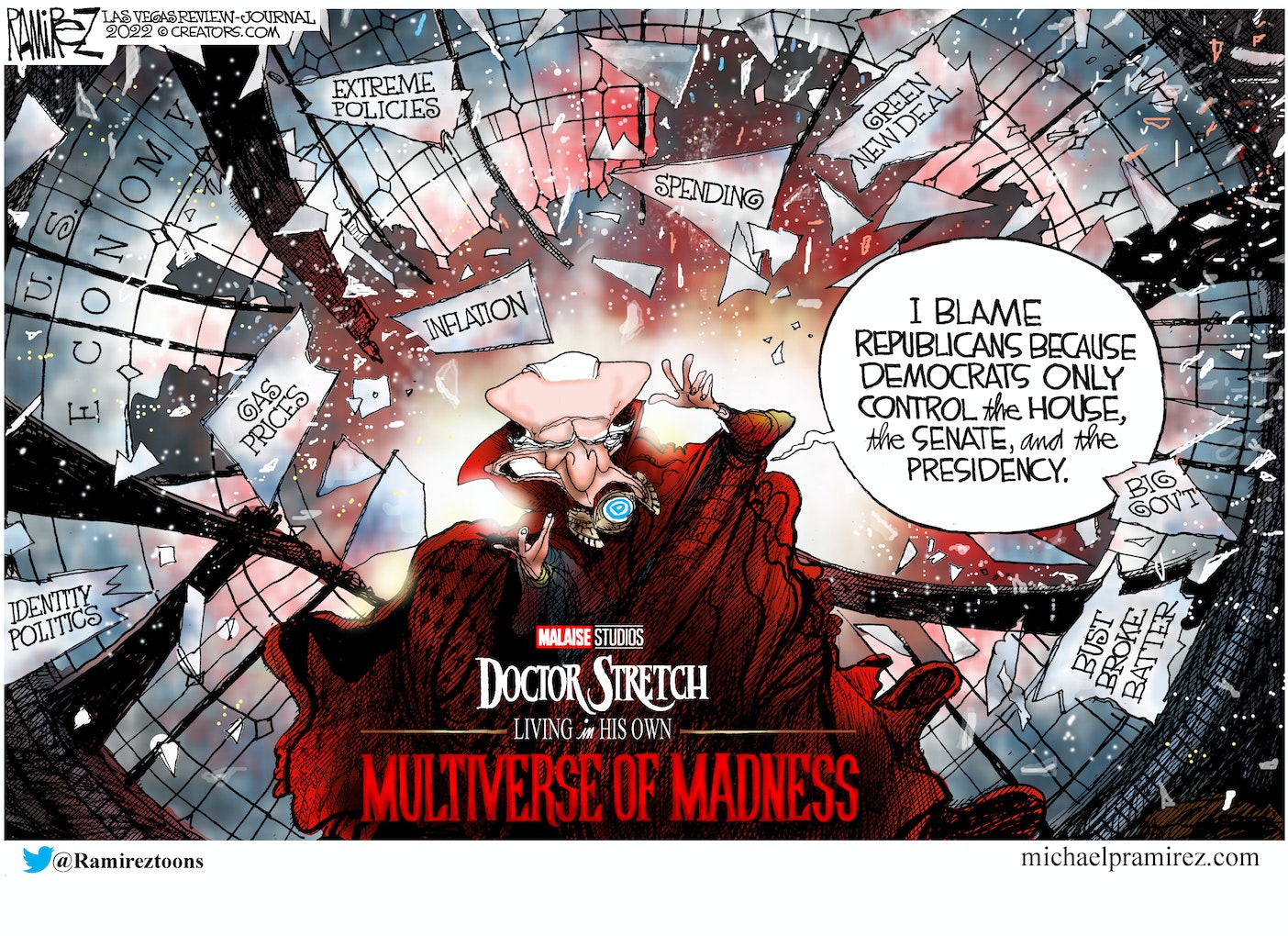 If I was going to teach a Sunday School lesson about the US Navy, I’d have to read from the Book of Jonah. So many hundreds of billions wasted, so many lies – but yes, they have diversity to show for their efforts. It’s not a completely broken system, but USGOV is working to make it so. How could the mess that the navy has become be inadvertent? So no, I’m not going to work on US Navy-related projects at any level. Some things are so broken that it’s best to decline to participate. CDR Sal is always a good read on the subject. 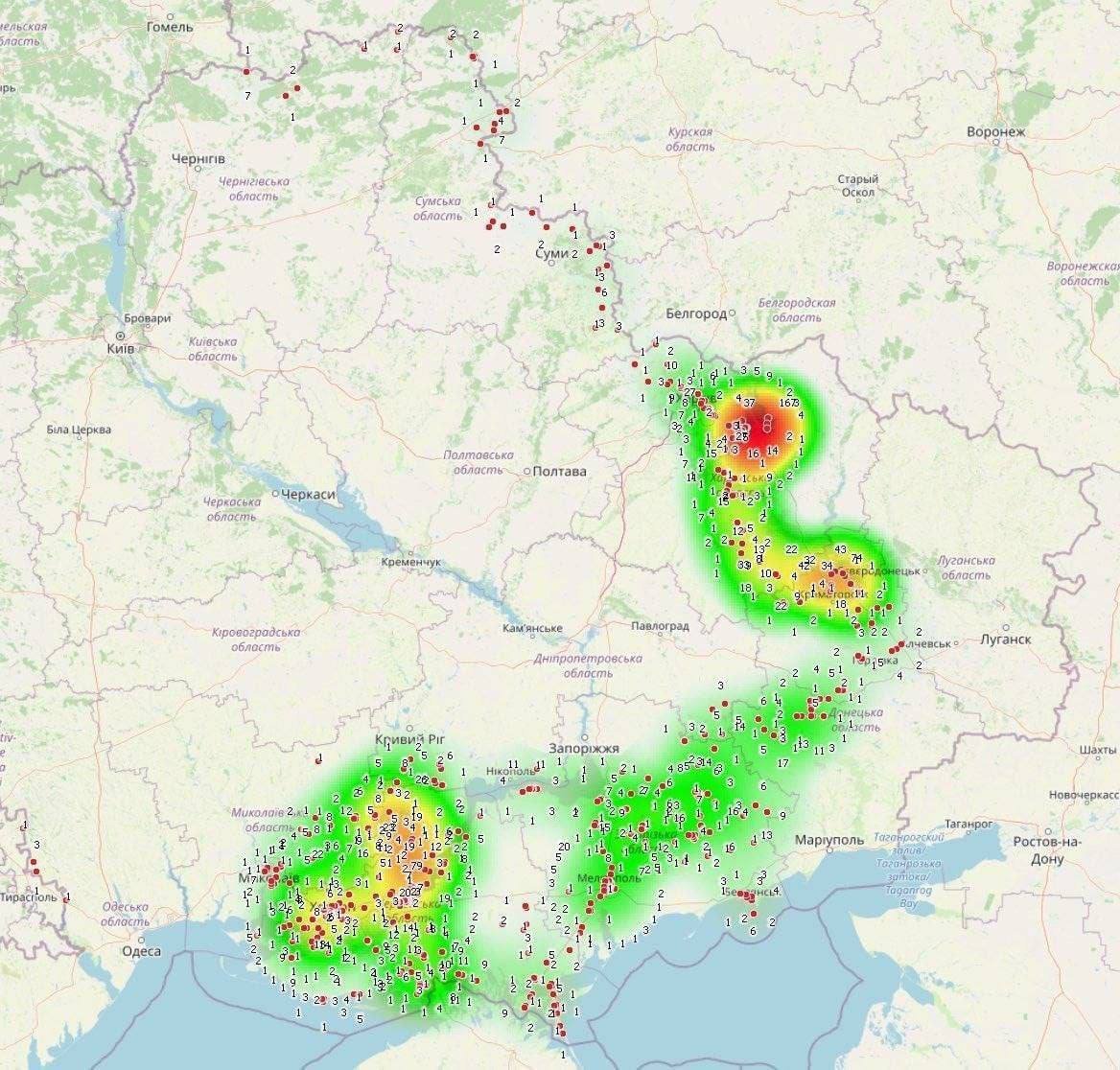 The Map is hopeful. Focus on Kharkiv/Kharkov if you will. 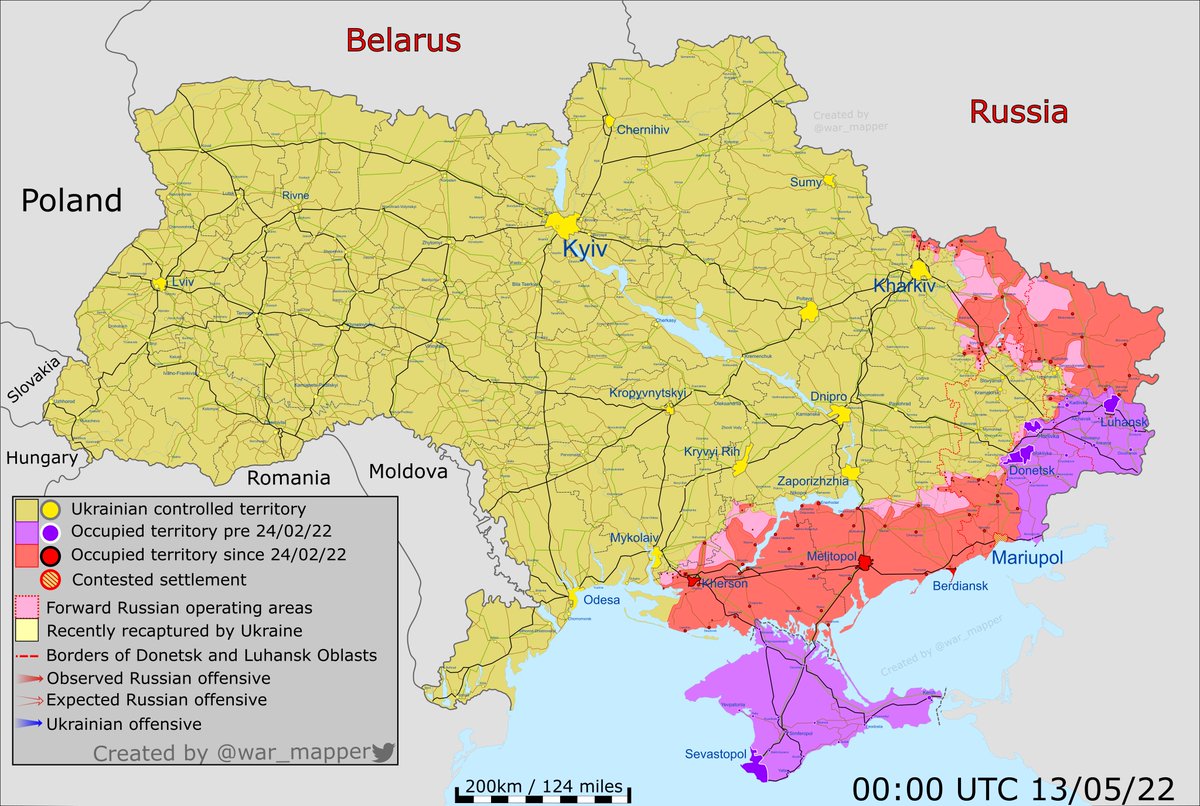 There is a small pocket of Russians to the north, but they are pulling back into Russia. The Russians have refocused further south and there is some push and pull, but without major commitments of more men and equipment, they will continue to lose ground in the East. They’re bulking up in the South in the hopes of clinging to their gains there, but who is kidding whom?

Russia has lost 340 soldiers per day on average since its offensive started in February. Add to that the estimated three badly injured (WIA) soldiers per each KIA and about 1,000 Russian soldiers are lost per day. Russia will come to a point by mid-summer wherein if they plan to do something except hunker and bleed, they will have to go for a general mobilization to fight the war. Anything else will hollow out other areas that the military needs to protect. That shines a spotlight on the situation in the public square. It will be a difficult sell if it’s pitched as an effort to save Ukraine from Nazis. 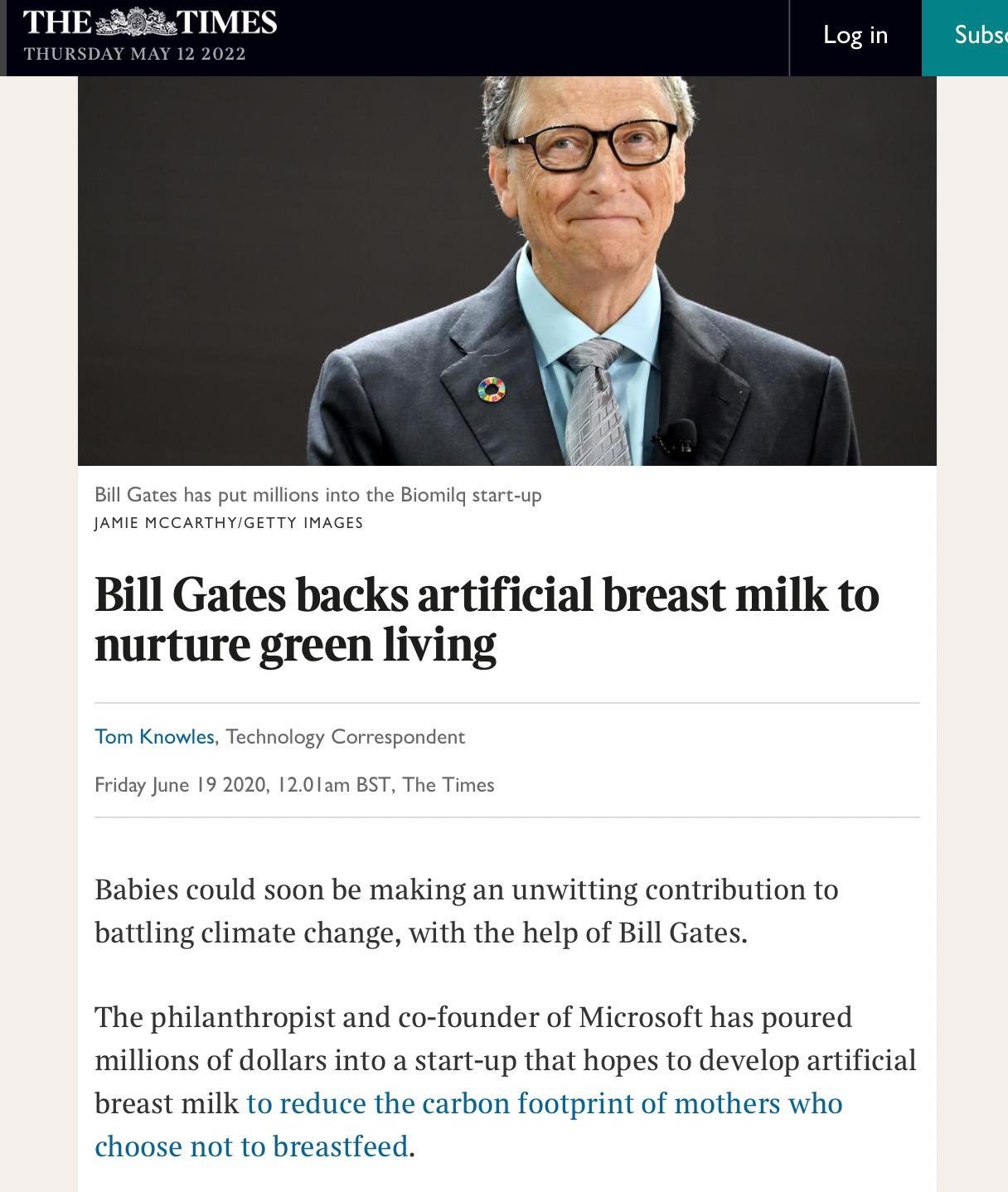 The federal government creates a formula shortage with policies that support a handful of companies controlling the entire U.S. market, closing the largest plants. It limits/prohibits European formula from being imported, insists that there’s no way for parents to make safe homemade formula, and then Bill Gates suddenly starts talking about “artificial breast milk” to “fight climate change…”

Just a coincidence – of course.

Pressed men often had lice (being lousy), which often had to do with the social origin of the men, and were shorn as a routine. Therefore, the men on board who wore a pigtail were also those who had been on board a ship for a longer time and were experienced sailors.

Here is a convict that is cleaned in a disinfection bath (salt water and alcohol). But the procedure for the pressed men was similar.

The lousy newcomers were sometimes not very good at sea if they were impressed non-maritime men, and their uselessness equated with “being lousy”.

Where sailors whose job it was to nip a ship’s anchor cable to the capstan when the anchor was being weighed, were always the smallest and youngest men on board. Hence the word nipper has come to mean a youngster. The anchor cable in large ships was too large to bend around a capstan on the quayside. Instead, a messenger cable was wound around the trundlehead and around rollers, forming a continuous loop.

The anchor cable was temporarily secured to the messenger using small lines known as “nippers”. The nippers were then handed to boys who walked aft along the deck, trying to keep the heavy, wet cable and messenger from dragging. The nippers were removed when they reached the main hatch to allow the cable to be fed down into the hold, where another large group of sailors stowed it neatly.

During the French Revolutionary Wars and the Napoleonic Wars, the standard time zones were in the future. All times were local, which made time at sea difficult.

Daylight saving time or meridian shift did not yet exist. Sunrise and sunset at sea occur when the center of the sun is six degrees below the horizon. For the man on the lookout, dawn began when he could spot a greylag goose, gull, or another landmark, such as a rock or something else, at a distance of one nautical mile.

In some original voices of Sailors from the 18th century, you can read the word, Bigwig. Now you might think it is a term of endearment for the main sail- because it is big and puffy and white. But no, it means an officer. For they wore wigs, as was the fashion at the time for a gentleman of the upper classes. Depending on the purse, wigs were made of goat or horse hair or even human hair. These had to be reshaped every day by a servant (there were captains at this time who had up to 28 of them). First, the curlers were heated in a fire and then the wigs were curled. To keep the curls in place, layers of wax or animal fat were added, which acted like hair gel. 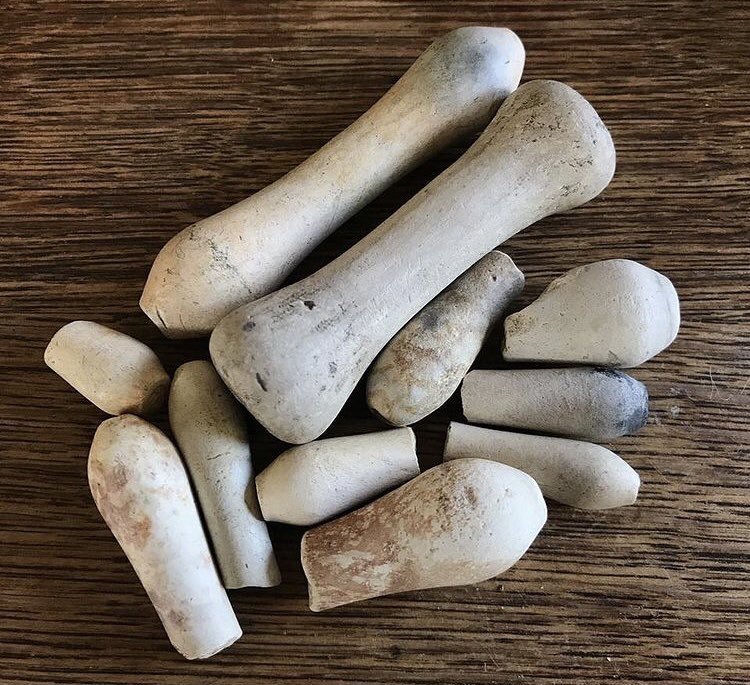 Chalk powder was added on top to prevent dirt from accumulating in the grease and to give the hair fullness, which also had the added benefit of coloring the hair grey, which was fashionable at the time. Now just about every officer had two to three different wigs. The working wig, usually made of cheaper material and often unpowdered for the undressed uniform. Then the more expensive, powdered wig for the dressed uniform.

The last one was the half-wig, which was sometimes worn with a hat. Because the upper part no longer fitted underneath. In the course of the late 18th century and the beginning of the 19th century, the wigs became less and less and the actual natural hair was then curled and powdered.

By the 1820s, officers began to wear their hair much shorter. The term bigwig, by the way, has remained and is still used today for those who work on the executive floor.