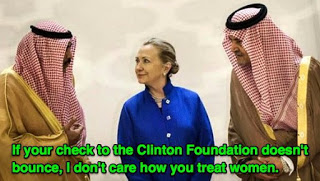 Is the FBI investigating former Secretary of State and Army General Colin Powell for sending classified information through e-mail? Recent hacked e-mail of General Powell’s indicates that he loathes Hillary Clinton and thinks that she’s physically ill (nice of him to jump on the train). The e-mail also contains potentially classified information. Powell wrote in e-mail that Israel has 200 nuclear weapons pointed at Iran (in leaked 2015 email). If Powell had been a Clinton supporter, it’s unlikely that he would be investigated based on what we’ve seen. But he’s not loving them. Is he doomed as a result? We know that “all pigs are equal but some are more equal than others”. The question remains whether Powell is more or less equal than candidate Hillary Clinton, who was exempted from criminal prosecution that would have been dealt out in large doses to a lesser (less equal) human.

The Religion of Peace seems to be at it again with two home-made IED’s in the Chelsea District of New York City tonight. Hillary wants to bring half a million Muslim refugees to the US. She said it, and she stood by it. One wonders how women square candidate Clinton’s stance on women with her policies in the Middle East and her courting of donations from dictators who oppress women. I’m sure if Hillary were to comment on this blog – and I have invited her via e-mail to that now infamous e-mail address – that she would duck the question and would say something on the order of, “money has a perfume all its own.”

Hillary Clinton supports disarming the American public (Constitution be damned). Donald Trump speculated that if her Secret Service detail disarmed that she wouldn’t last long. The liberal media are howling, but is Trump correct?

Clinton advocate, Christi Paul, a CNN anchor said, “let’s say Joe Schmoe out in the audience said something like that. That would be seen, most likely, as a threat of some sort, and he would be hauled away.”

A threat? To suggest that Hillary, who lives behind a tall fence surrounded by guards and dogs to have to fend for herself the way the common people do? I, your humble blogger, took it as more of a suggestion that they disarm. Call it an experiment. There are something on the order of 300 million firearms and several trillion rounds of ammunition in private hands in America. If patriots had wanted to start something, wouldn’t they have done it before now? Still, the mere thought of those numbers send the progressive among us (progs) into fits of anxiety. There are eleven states that allow open carry of firearms now, and the damning statistics show that crime goes down where that happens. In cities with tough gun control (Chicago, Baltimore, etc.) crime is up.
In a Clinton universe, only the elite would have armed body guards, police and troops (also armed) at their beck and call. The public (children of a lesser God) would have to content themselves with sticks, stones and harsh language. Nothing in the Clinton doctrine calls on disarming criminals. But take heart, most of that honest and hard-working public is “deplorable”. And we wouldn’t want deplorable people to be able to defend themselves would we? Such would be the justification for unequal protection under the law in a Clinton Administration. Justice would be for sale to ‘friends of the administration’…just the way that it is now.
We are all Despicable now. The Clinton Campaign’s supporters are upset because the press isn’t more firmly on the side of Crooked Hillary.

Gloria Steinem, the feminist leader and a Clinton supporter, said in an email that she had sensed a growing worry in recent weeks, fearing that Mr. Trump’s candidacy was becoming “legitimized by ‘media evenhandedness’” that had made his assorted scandals seem more banal.

My sense is that Steinem and other progs feel that the press shouldn’t have aired the amateur films of Hillary entering her ‘scooby van’ while having a seizure. BUT some things are too juicy for the press to pass up. The “diagnosis” that the candidate had suffered from pneumonia was so ABSURD that nobody bought it except for the devoted progs and the press. So it goes. American progs are said to be renewing their passports in record numbers, vowing to leave the USA and never return if Donald Trump is elected president. We can only hope that they are good to their word. It would be decent of them to officially revoke their US citizenship. But will Mexico take them?
Undocumented guests/illegal aliens/wetbacks are said to be uneasy with the upcoming election as well, as they’d be forced to return to Mexico. Visa overstays (many of them Muslims) are concerned as well that they’d be forced to return to the fetid cities where they used to live. There has always been a pathway to legal immigration and citizenship, but the illegal aliens chose not to obey the law. Naturally, in a Clinton Administration, the law would be set aside provided that they voted for Democrats. 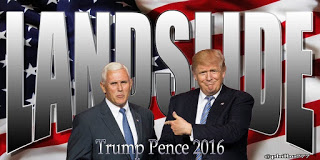 Bring in the Wookie! Yes, reports of the Clinton Campaign reaching out to Michelle Obama are confirmed.

(CNN – Clinton News Network) “With Hillary Clinton’s lead in the polls over Donald Trump all but gone, her campaign is pushing prominent Democrats, including Michelle Obama, into the field in an effort to lock up the youth vote for the Democratic nominee.”

I wonder who in the world cares what Michelle Obama says. Sure there is the band of insane progs who would roll in Barack’s dung if given the chance. Hard core leftists and Afro-American activists are likely to vote for Hillary no matter what.

But who cares what she thinks or says?