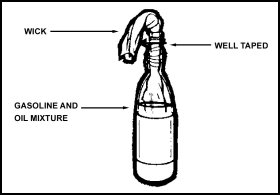 Facebook
Twitter
Pinterest
WhatsApp
A series of bombs detonate in Boston killing people participating in the Boston Marathon. A suspect is in custody. Who is the suspect?
(a) A white housewife from Cambridge, down on her luck who can’t find a job and wants to get even with an unfair society.
(b) A Catholic priest – remember that the US Department of Defense has labeled Catholics as a hate group because they oppose both abortion and homosexual marriage (sodomy).
(c) A US Marine Corps veteran recently returned from Afghanistan – Remember that the US Department of Homeland Security labeled returning veterans as a particular threat to America.
(d) An Evangelical Christian – Evangelical Christians top the list of the US Department of Defense hate groups.
(e) A member of the Tea Party (detested by all progressive people).
(f) A Muslim fundamentalist.
You can use historical precedents in citing your response if you’d like. I’m giving you some time to think this over before you post a response, below.

While you’re deciding on your answer, I have a suggestion for the next round of government weapons registration efforts to keep us all safe.
The Federal Government needs to register everyone who buys a bottle of wine to insure that we know who they are in the event that the empty is used as a fire bomb.
Wine Bottles traditionally have been used as incendiary bombs. Made famous in name by Russian General Molotov, father of the “Molotov Cocktail“.

It’s only right that somebody keeps track of these improvised explosive device components, sold nationwide without any oversight what-so-ever. Please call or write your congressman to get the ball rolling on wine bottle registration. We should start the registration program in New York City. 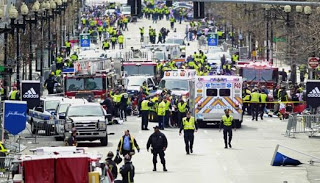 My next suggestion is that all backpacks be registered. Kids haul their books to school and back in them (now that lockers have been banned in many parts of the country). People can carry a backpack anywhere and who knows but what it may contain a bomb. By registering the backpack, we can determine who owns it in the event that it is used to contain a bomb. Somebody call Mayor Bloomberg or Governor Cuomo and let’s get this ball rolling!

Time for the answer to the question above: The New York Post reports that the Boston Police Department have a Saudi Arabian/fundamentalist Muslim in custody for the bombing. Boston police have surveillance video of someone bringing multiple backpacks to the blast site, according to CBS News. If you answered “f” to the question above you are Islamophobic and need to report yourself to the White House.
There were two people murdered in the bomb blast and fifty injured. It’s a tragedy. But registering backpacks wouldn’t have stopped the crime. Registering fundamentalist Muslims…now there’s a thought.