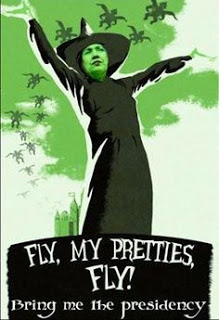 Happy Halloween! It’s a great day for a witch hunt. The only question remaining is whether FBI Director Comey gored the ox sufficiently. However when I think of the Clinton campaign now, I can’t help but connect it to Anthony Weiner in my mind.
The Clintons suggested that the FBI couldn’t read Huma’s e-mail because they didn’t have a warrant – then it surfaced that Weiner gave permission to the FBI to examine the computer that he shared with Huma Weiner. Oooops.
I suspect that Hillary ought to be careful what she’s requesting. If Huma has a few classified e-mails on the Weiner computer, the FBI may take the unprecedented step of making them public (with redactions of specifics that made them classified). Or not. At this point, what difference does it make? 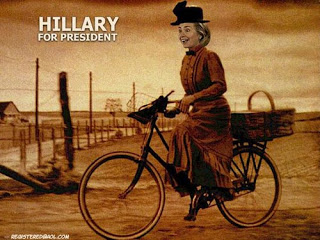 Even before this, the Clintons moved $1.8 billion to Qatar (about a week ago now) for their bolt hole should Trump win and the investigation be put into high gear. Between Obama’s conduct and that of Hillary Clinton/The Clinton Foundation, there’s enough to keep ten justice departments working around the clock for a decade.
The Flying Monkeys made the Sunday news programs and were decidedly unconvincing as they dodged and weaved around the questions put to them. Theirs is a difficult case to defend.