Who Should Order Drone Strikes? 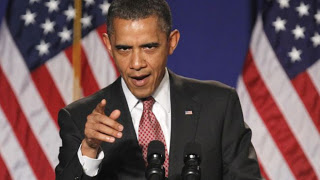 At present, the hit list has to be given to the Counsel to the President who prepares a secret document referred to as a ‘presidential finding’. Once the President signs it, the name goes on the list and the CIA and/or US military carry out the assassination. There have been over 370 drone attack assassination events under President Obama and an unknown number of other non-drone assassination sanctions.

A presidential finding is an executive directive issued by the head of the President of the United States which is similar to the more well-known executive order.

The US Special Operations Command would prefer to make the call, but that’s tricky. This is the problem: State-sanctioned Assassination is an act of war. Imagine if the shoe was on the other foot and the North Koreans were flying drones over the United States selecting people for sanction based on their criticism of Dear Leader. How would Americans view the attacks? In that scenario, it would immediately trigger a war between the US and North Korea.
Richard Holm, a retired CIA case officer has been making the rounds at the Association of Former Intelligence Officers. He says, “The decision to kill via drone should instead be made “at the level of a colonel or brigadier general.” Holm (age 77) served with distinction, but is he correct?

Earlier this year, Senator Rand Paul filibustered on the floor of the US Senate to force the Executive Branch of government (Attorney General Eric Holder and President Obama) to clarify their intent to use drone aircraft to strike American citizens, not convicted of a crime, on US soil.
Does this style of warfare simply make enemies of nations which are not powerful enough to retaliate against the US as the American President decides which of its citizens needs to die? Or is it essential for the security of the US?
BREAKING NEWS: Predator Drone Nominated — for the Nobel Peace Prize.
______________________________
______________________________
The Old Whore: A Novel of Cartel Wars
In the parlance of the Central Intelligence Agency, old whores are clandestine operators who would do anything to get the job done. 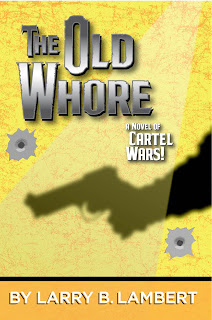