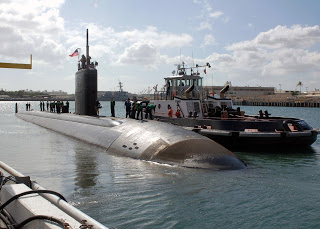 
They had me tap dancing for tips for over a decade, on retainer and on call for when something happened and they wanted answers discretely. Dance Bojangles, dance! When you take the king’s shilling, you must expect to be called on to earn your keep. I took four Advil and hauled the paperwork out of the wardroom to the flag cabin, currently unoccupied, that Captain Mason, the Navy’s killer, handed to me.

Before I did anything else, I shaved off my signature mustache. Nobody suggested that I do it, but the thought that a spacecraft from another world had been encased in coral over the past three hundred twenty years made me feel uneasy. That’s why I shaved it off in the flag cabin, using toiletries set aside there for a visiting admiral. I didn’t know whether to shit or go blind.


The telemetry that the Los Angeles-class fast-attack submarine USS Pasadena picked up and tracked to the reef had been broadcast acoustically and looked to me as if it had been composed of musical notes. You could have heard it a long way away because the signal had been broadcast at an extremely low frequency, on the bandwidth that our submarines use to receive encrypted messages.

CDR Mark Hazenberg commanding officer of Undersea Rescue Command showed up first since he was part of COMSUBPAC and at their beck and call. CDR Hazenberg shot off a FLASH-CRITICAL-NAVY BLUE message that went directly to the Chief of Naval Operations and from there to every black compartment in the US Government excepting NASA, now considered too unreliable to keep a secret, and relying on the Russians for rides to and from the Space Station.

I scrutinized the images of the fuselage embedded in coral, about forty-five meters long, tapering to a sharp nose looked as intact as one can surmise, given that the aircraft or space ship itself resisted efforts mounted to probe its interior. They drilled down and sampled the fuselage skin. The alloy they found consisted of an exotic titanium alloy. The drill bit wouldn’t dig deeper than to scratch the skin. At that, they’d gone through half a dozen just to get the three gram sample that the Navy rushed off to be tested.

The fuselage landed flat, which indicated a controlled landing to me. Even though the images were not absolutely crisp, the lines of craft remained remarkably even and sharp after three centuries.

The wall-mounted telephone rang. I picked it up.

“Dr. Wallace, I need you back in the wardroom now.”

“It’s not the only ship. There are at least a dozen more here on the reef, and they’ve all gone active.”

As soon as the big gate on the stern of Anchorage dropped and Shredder plunged from his large transport vessel into the Pacific, I could tell that something bothered him.

Dolphins have good days and bad days just like anyone else does. They’re mammals, breathe air, give birth to their young live and are said to use 20% of their brain power whereas humans only use 10% (at best). Most of a dolphin’s processing power goes into his advanced echolocation system. They see with sonar and they see very well with it.

Shredder and I have been working as partners together for four years now and we know each other’s moods. That notwithstanding, I was shocked when both Shredder and the other three dolphins in our work group took off and didn’t come back. Naturally we have locators on them. They swam directly to the point in the reef where all of the buoy markers are. I have no idea what’s down there, but the fact that Shredder, Notch and Punch swam there together right out of the Anchorage, is spooky.

Captain Mason ordered us to leave the dolphins alone for now and deployed the Knifefish, which are a type of electronic dolphin, used for mine hunting. The Knifefish is an unmanned underwater vehicle (UUV) and Shredder has been trained to work around them.

Orders notwithstanding I did go out with the Knifefish team and ended up in the water out there on the reef next to the buoys where Shredder and the boys were mixing it up. Shredder wanted me to go down with him so I signaled to the Chief and he gave the OK.

At about thirty feet, I could see that something had happened to the coral. Something had dissolved a lot of it into dust and water jets or a current were cleaning out the passageway. It was a radical new thing in a day of radical new things. I went closer and found that the cleared opening, nearly four feet around, went back into the Coral almost twenty meters. I shined my light back there, and Shredder swam in, with his camera on his flipper. I watched my monitor, mounted to my arm, and oh, my God.

The interior looked like a space ship with couches that appeared to be designed for dolphins. 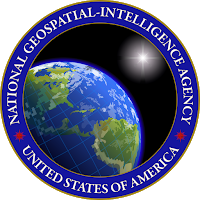 Captain Rizzo, skipper of the Landing Ship Dock had been following me ever since the revelation that there were seventeen apparently identical ships in the reef. Even more disturbingly the US Geospatial Intelligence Agency had reported many thousands of similar data transmissions from across the planet’s oceans and even in the Amazon River.

“How many?” Rizzo pushed me.

“They don’t know, Captain Rizzo, maybe ten thousand. It’s as much a surprise to me as it is to you. They’ve apparently been here for a very long time, dormant, looking like nothing but large rocks on our instrumentation.”

“And your instruments are wrong.”

I pulled on headphones to listen to a voice communication from the National Security Agency. The Captain wasn’t cleared to hear it. Apparently they had cracked the code and could translate the data that each alien spacecraft transmitted in a continuing loop. “So long and thanks for all the fish. So sad that it should come to this. The world’s about to be destroyed. There’s no point getting all annoyed. Lie back and let the planet dissolve around you.”  Life imitates art: So long, etc.