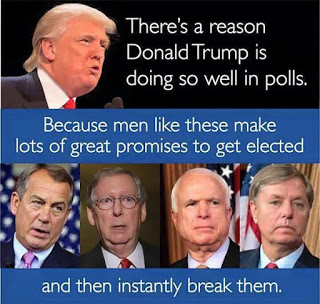 It’s time to put this week away and begin another one on that remorseless march to eternity. I wanted to react to a few things that are going on.
The first one has to do with Donald Trump, who may not be the perfect candidate, but he’s telling people what he thinks without apology and it’s resonating with that vast right wing conspiracy.
I don’t know what sort of president that Donald Trump would be, but you’d know where he stood. There is a reason why Trump, Carson and Fiorina are on their way up in the polls and the rest of the field is sinking. Will the Republican Party listen? Not likely at this point because a lot of rice bowls are in danger. Trump fires people who screw up…and that never happens in Washington DC. 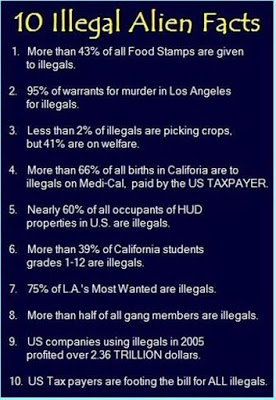 I don’t know that the anchor baby problem will be solved anytime soon since the 14th Amendment is a very large rock to move.
But I can say this. If the border is secure, the anchor baby problem will not be the daunting issue that we are facing at present. The political class has NO interest in securing the US/Mexico Border. They never have. That applies to both Republicans and Democrats. If it would have, they would have fixed the problem.
_______________
Am I the only one who thinks that the Democrats in the know feel that Hillary Clinton may not make it to the Democratic Party’s National Convention? They’ve got Joe Biden warming up in the bull pen because they don’t think that openly communist Bernie Sanders would ever be elected in a national contest — and the Hillary coronation may have been a bit premature. 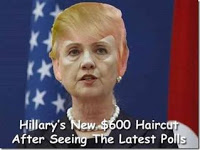 Old Uncle (Slow) Joe Biden? Really? I’m not saying that Biden isn’t an accomplished politician. He’s been at it for his entire life and he’s into his 70’s. But that’s the best that the Democratic apparatchiks can come up with to counter Bernie Sanders (presuming that they feel that Clinton stands a better than even chance of being indicted).

THIS IS WHY I think that Hillary Clinton will be indicted in the e-mail scandal. Indulge my vast left wing conspiracy theory for a moment:

Eliminating the Clintonian threat keeps the people who want to stay in power – in power. Even if it means rolling the dice with a Biden/Warren ticket and a promise to Warren that she can run for President next time as the sitting vice president.
All that President Obama has to do is what he’s doing. Allow the investigation to go forward and instruct his attorney general to let the chips fall where they may. Hillary is clearly guilty of a misdemeanor and if she had her hard drive professionally wiped to cover-up her crime, she is guilty of a felony. An indictment will finish her candidacy. She need not be convicted. And the wolves in the White House who want to stay there will see to it that she is cut off at the kankles.
___________________
___________________

Univision Anchor and grievance advocate Jorge Ramos‘ daughter Paola (Payola) Ramos works for the Hillary Clinton Campaign. I wonder if she’ll switch to the Biden Campaign when Hillary is indicted?

The credibility and impartiality of Univision’s coverage of U.S. electoral politics has been undermined by the network’s executive chairman, Haim Saban, pledging his “full might” to the mission of putting Hillary Clinton in the White House. That credibility has been further eroded by the network’s partnership with the Clinton Foundation.

I only have one nagging question. What is the Hillary for President campaign paying Jorge Ramos and his daughter, Paola (Payola) to attack opposition candidates in the name of “journalism”?