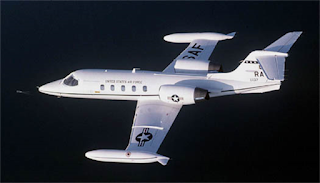 
The
outbound trip consisted of several legs. The first one began at the university in Rusty’s cramped office, with its pillars of stacked books and line of students waiting to talk to him about this or that problem–out the door, and in line, as he puffed on his Meerschaum pipe. He knew there was an issue when he heard complaints of cutting in line.
Rusty Wallace’s face gave the impression of a chubby, confused walrus more because of his large curving red mustache than anything else. He set the pipe aside in a holder on his desk and demanded, “Who the hell are you?” Credentials discretely flashed, “Oh, ok. When?”
“Now. Right now.” We sent a woman to fetch him because Russell (Rusty) Wallace responded better to women. He had a fetish kink that was totally heterosexual. The file on him contained a lot of details of his personal life.  He’s one of those assets that need to be watched out for, and occasionally cleaned up after. He had enough value to be kept on the shelf for when we needed to break the glass, pull him off and ship him somewhere nobody ever heard of.

The lady from the US State Department’s
Diplomatic Security Service, pretty, black, knew how to dress, pointed to a
suitcase on the third row of seats during the ride to the airport, “I packed for you, Dr.
Wallace.” He didn’t seem to be with the program. “Your clothes and things, we fetched them from your
house. Your housekeeper packed for you.” He put a pen in his mouth–pure Freudian, to try and replace the pipe that he left in his office.

She took his hand and Rusty began to focus on her, but a focus on something had an advantage over focusing on nothing. At least that’s what the handler thought at the time. I don’t think that it mattered at all. I’m not for codling anyone, particularly academics.

The transportation team picked Dr. Wallace up at the airport and babysat him in the back seat of a C-21. Wallace asked if it was the same thing as a Lear 35. It’s a C-21 when the government is flying it and a Lear 35 when anyone else is. The cabin didn’t look clean. There were empty gray equipment racks and four seats in the back. The Lear had been re-purposed to haul semi-VIP cargo, like Rusty Wallace. We tasked the first available executive jet and it just happened to be a C-21 that had recently been partially decommissioned.
At Whidbey Island, Washington, he transferred to a US Navy P-3C Orion that was ready on the apron, engines turning, when the C-21 dropped him off. The P-3’s crew had been instructed not to
speak with him. The crew chief who seemed
to young for his job, told Dr. Wallace that the flight crew couldn’t speak with him and
pointed him to the coffee pot and a bottom, gray frame bunk, with a thin mattress, set in a rack of crew bunks.

I had been in the same general setting as Rusty Wallace before. The bedding, uncomfortably damp, smelled like a combination of Navy
Distillate, mothballs and old socks. You forgot the smell after you were airborne for a few hours, you’d downed an entire pot of coffee, eaten a stale cheese (not grilled) sandwich on Wonder Bread and the air sickness set in. One of the flight crew, maybe the crew chief, gave him the locked, black Pelican case that he was
to open. We didn’t supply the
combination.  He’s a PhD, he’s supposed to be smart enough to do this sort of thing. He tried his birthday and it worked. I know this because the case was still open when he handed it back to one of my people in Guam, but I’m getting ahead of myself.

Dr. Rusty Wallace, PhD, the world’s
leading expert on recovering ‘special’, underwater airplane wrecks, had been through this
sort of drill more than once. It was definitely not his first rodeo. There had
been a crashed Russian Mystic B,
known in Russia as the Myasishchev M-55 spy plane. It augured down hard in shallow water
in Canadian territory. There was the Ka-137 that somehow fell off the stern of a Russian
warship in a storm that the US Navy located using God knows what, and there
were also a few American aircraft. The most involved was an F-117 stealth fighter in a lake in the Pamir
mountains. The pilot met his maker in a Martin-Baker (1), but the jet somehow came down in one piece. We needed a look before we destroyed the aircraft. The crashes and the recovery efforts that Dr. Wallace examined were all top secret and fit in a special compartment of top secret that most people didn’t know existed because it was both esoteric and obscure.

In Guam, he had a shower
and an overnight at the bachelors officers quarters at Anderson Air Force Base. Our man on site took the briefcase back and accounted for the contents. Rusty clearly had an idea that something crashed, he’d seen pictures of it, but not the details. You had to see it to grasp its significance and we didn’t want the civilian Dr. Wallace freaking out in the BOQ and hanging himself in the shower or going on a drinking binge at the officer’s club. Just in case, we put two armed marines outside of his door at night. An SH-60 spirited him on a helicopter ride, mid-air refueled to the, USS Anchorage,
haze gray at anchor near a ring of coral in the mid Pacific.

The USS Independence, a Littoral Combat Ship creeped around the area, maintaining headway, alert, weapons manned.
“It’s a sea mount, the
base is about 8,000 feet under the surface and the peak is thirty, give or take
depending on the tide.” Lieutenant Commander Travis Holloway briefed him in the
Anchorage’s wardroom. Holloway, an
aviator, had the dubious job of handling the hands-on portion of crash
investigations for COMAIRPAC. Holloway was wrapped too tight for the responsibility
in Rusty Wallace’s opinion but nobody asked Rusty what he thought. So he kept his
mouth shut and listened to LCDR Holloway’s line of bullshit. I always liked that about Wallace. He sucked up the long trip and the droning briefing.

Wallace looked at me. We’d had a contentious relationship over the years. “Captain Mason, why is there a SEAL of high rank here? And if you are here, there must be many more of you. Using the Anchorage and Independence as mother ships for your sleuthing around?”

The well deck of the Anchorage could carry an amazing amount of floating equipment. It flooded and we just conned the rigid inflatables and SEAL Delivery Vehicles out the back of the ship and into the open ocean. That’s why the SEALs love Landing Ship Docks like the Anchorage.

Wallace continued, “What sort of crash is it? Russian, Chinese, Iranian?” The trip wore him out. His eyes were rimmed with red and his hair was lop-sided from the four hour trip on the helicopter.

“You’ve seen the photos, Dr. Wallace. What does it look like to you?”

“It looked to me like a variation on a space shuttle-style flying wing re-entry vehicle. But since it’s in international waters, you wouldn’t have me here unless it was other-than-American.”

“The other non-crash experts think that it’s a flying wing re-entry vehicle too.”

“So what’s special about it?”

“As best we can
estimate, it landed three hundred twenty years ago–the Year of Our Lord 1695. We’re not sure that it came down uncontrolled or that it actually crashed.”

Rusty rolled his eyes, and looked at
Captain Rizzo, commanding the Anchorage
and present in the wardroom, listening to the briefing. Captain Rizzo demanded to be present since his ship had been
ordered to assist in the investigation and salvage effort if it came to that.

“The Wright Brothers weren’t a gleam on anyone’s eye three hundred and twenty years ago—the year of our Lord, 1695.” Rusty’s comment had an edge to it. “You’re kidding, right?” he looked at Captain Rizzo for confirmation of my bad taste in jokes. The skipper shrugged, his weird-o-meter had pegged in the red zone and he didn’t know what to believe.

I tossed a few large sheets onto the wardroom table showing a grid
depicting an image of the craft and a small layer of coral around it. “See this?  Coral.
Oceanographers measured the coral growth on top of the
craft to be a shade under five meters thick. Coral grows at a rate of two and
a  half centimeters a year.”
Rusty protested and he sounded a lot like I did when confronted with the evidence when they threw it at me. “There’s got to be some
mistake here — a three hundred year old spacecraft?  Our space program isn’t
even  sixty years old.
“Pretty cool if you ask me, Dr. Wallace,” I said. It went electronically active about a month ago. We sent a submarine. They knew that there was something in the coral but it took a team with ground penetrating radar to get the composite image that you see here. We need you to come out to the crash site and evaluate it.”
“Evaluate it?”
“You’re the expert.”