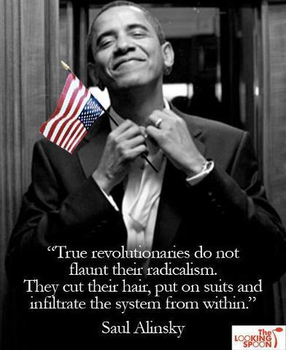 There is a lot of hooting and shrilling in every single negro church congregation that I’ve been around and there is nothing wrong with that at all. People find solace where they find it. There is also fright in those congregations, where imagination meets with anticipation and combines with dread. It’s a legacy that has been passed down culturally for far longer than the black experience in America. The likes of Sharpton, Jackson and Obama, understanding their audience, have harnessed fright to make it a tool to manipulate.
The fear of perdition’s gates is turned to a fear of white people, and the fact that it’s unfounded only makes it more unfathomable and fearful. That’s the methodology of the progressive left, whether its coming from the mouth of black community organizers or liberal mayor Bill de Blasio. For if there is nothing to fear, why would Black America need the likes of the parasitic community organizers?
Poor people and rich people alike do not put locks on their doors and windows for fear of the police in America. When you drive though a poor neighborhood, it’s not uncommon to see bars on the windows. Those are not installed to defend the impoverished from neighborhood police officers. Why then stir people up to anger against the police? Why create a crisis where none exists? We all know that police officers are not all white. The recent assassination of two New York Police Officers by an angry black man churned up to wrath and cheered by the progressive left, was directed at officers of Asian and Hispanic descent. It is simply because in order to control the black population, the progressive left must create a common enemy for them, and who is more visible than the blue uniform in a black and white car? 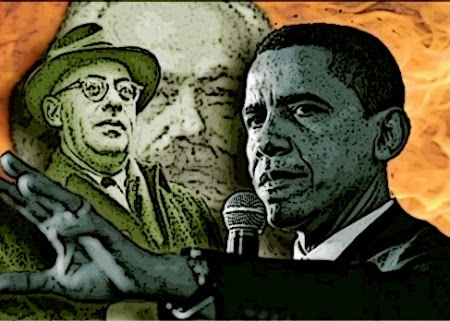 Common understanding holds that the principle problem facing black culture in America is the destruction of the nuclear family. When fathers remain in the home, black families tend to be stable, but that’s not the case around 70% of the time. Why don’t community organizers focus on that single issue? Because it would create stability, prosperity and accountability and that’s the very thing that would destroy the “movement” and their incomes.
It is not racism that keeps businesses out of the ghetto, it is instability. Stability and the rule of law is the basis for all prosperity. Therefore, the agenda of all community organizing is to keep people stirred up and to generate instability.

It has been the goal of all “community organizers” from Marx, to Alinsky, to Obama and his lackey, Al Sharpton.