Who Discovered the Americas? 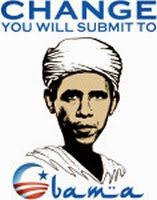 President Barack Obama has long asserted that Muslims built America – and maybe that’s part of what he means when he says, “You didn’t build that!” Turkish Prime Minister Erdogan is echoing the same sentiments here (FOX News), as he asserts that Muslims, not Vikings, Spanish, Irish monks or Portuguese people discovered America.

Does Erdrogan have proof?  Let’s just say that he has as much proof as President Obama has — and we will tread softly on the feelings of Muslims here at Virtual Mirage, because they are easily bruised. If I wasn’t delicate about it, the Religion of Peace would declare jihad on me — oh, they already have. Never mind. I forgot, I’m an American and live in “the Great Satan”.

If you’ll reflect back to last week’s post about Kennewick Man (link), it’s relatively clear these days that people have been crossing the Atlantic and Pacific for at least the past 9,000 years, as they were want to do. The technology has been in place at least that long. So there’s nothing to suggest that rag heads didn’t cross the ocean to the Americas at some point.

So why do these comments by President Obama and Prime Minister Erdogan rise to the level of being blog-worthy? Maybe because they were intended to be obnoxious.