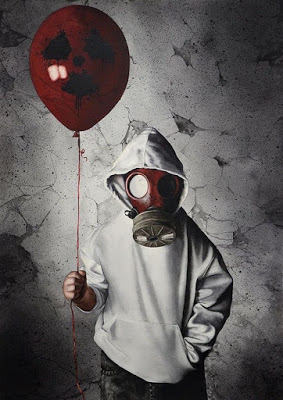 The Chinese are anxious to get the nation back to work, making landfill for the First World including the USA. Since the incubation period of the virus has been stated at “between 14 and 24 days”, the standard quarantine of 14 days may not be enough. The cruise ship petri dish experiment showed how quickly the virus will spread through a concentrated population group.
Questions remain about the origin of the virus – engineered weapon or naturally occurring? Questions remain about the long term problems of mutation. We don’t even know for certain whether it is airborne or whether contact is required. Indications are that it can spread through Chinese tenements in the sewage systems (which leak – and if you’ve eve been in one, you’ll know what I’m talking about).
Some people are more concerned with the possibility of accidental releases of other bioweapons. For now, we’re going to be dealing with COVID-19 for quite some time. Because of HIV RNA, reportedly backed into it, there is the promise that drugs, previously developed, will be effective in treating it. The mortality rate is currently unknown, but in the USA, where the standard of care is good, you’re very likely to survive unless you have pre-extisting conditions.
I’m not predicting gloom and doom unless you live in the People’s Republic of China. The happy time of ripping everybody off and peddling propaganda to the rest of the planet may have come to an end. The economy will get worse in the PRC before it gets better.

Comrade Bernie (are you feeling the Bern?) 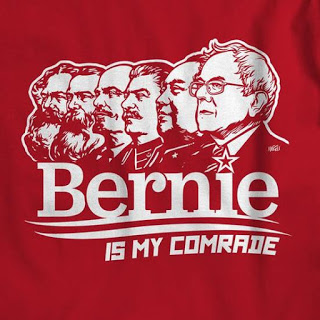 At the Democrat debate, Bernie Sanders said that he wanted the federal minimum wage raised to $15/hr.

Bernie Sanders was asked how he would pay for free healthcare for all. His answer was a 52% federal tax on anybody making over $29,000 per year.

Of course, there are also excise taxes, state taxes, and other misc. taxes that we all pay so the take home post-tax would actually be smaller than that. 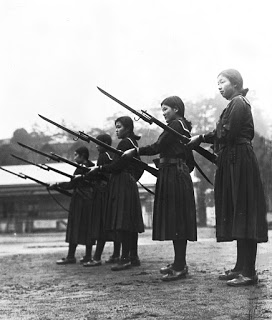 On Guard!
Young Japanese schoolgirls (right) learn how to charge an enemy with rifles and bayonets at their high school in Tokyo, Feb. 18, 1937.
I’m not saying that bayonets don’t have their uses. It’s just that they may be over rated for daily drill.
Vespa Madness (war on a budget)

In your reading of history, you may ponder why the French had difficulties winning wars in the mid twentieth century. Look no further. 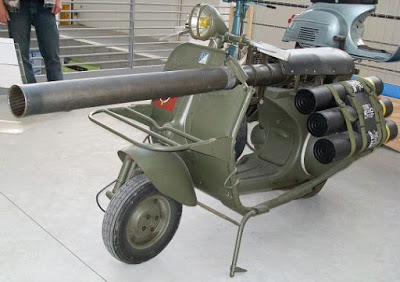 The Vespa 150 TAP (Troupes Aéroportées) was a modified Italian Vespa scooter, manufactured in France to carry an American M20 75mm recoilless rifle for use by French paratroopers against light armored positions or vehicles. 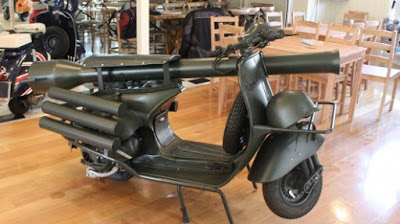 Although the reinforced frame could easily withstand the rifle being fired while still mounted on the scooter, it was designed for it to be taken out on a tripod also carried by the vehicle. This kind of armament was designed during the thick of the Indochina war (1946-1954) and arrived on the front in time for the Algerian War (1954-1962).